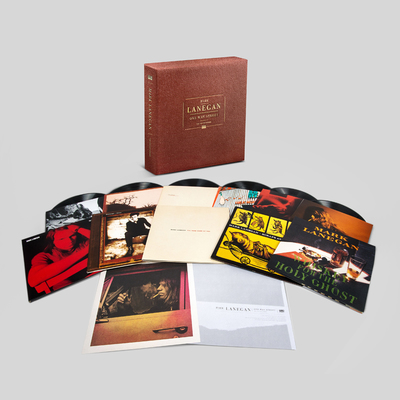 We could not be more stoked to finally share details of Mark Lanegan’s One Way Street, a vinyl box set which compiles the first five solo albums from the Pacific Northwest icon (also known for his work with Screaming Trees, Gutter Twins, Mad Season, Queens of the Stone Age, Isobel Campbell, and more). The One Way Street box set will be available on 5xLP / DL worldwide November 20th from Sub Pop, and is now available for pre-order from Sub Pop Mega Mart.
All five Mark Lanegan titles have been out-of-print or unreleased on vinyl:  The Winding Sheet, Whiskey for the Holy Ghost, and Scraps at Midnight have been out of print on vinyl for many years; I’ll Take Care of You was only released on vinyl in Europe, and Field Songs was only issued on CD.

Each album in the One Way Street box set was cut from new lacquers and pressed on 180-gram vinyl, and is housed in a sleeve reproducing the art for its original release. One Way Street
- - - - -
New to Mark Lanegan?  Might we suggest this Beginner’s Guide playlist as an introduction?
As a solo artist, Mark Lanegan built a devoted following, slowly releasing records that highlighted his love for singer/songwriters, and American folk and blues. His love for the rich history of American contemporary music was showcased throughout these five remarkable efforts: The Winding Sheet (1990), Whiskey for the Holy Ghost (1994), Scraps at Midnight (1998), I’ll Take Care of You(1999) and Field Songs (2001). And let’s not forget that voice! Trying to describe the power of Mark’s voice is not an easy task, but to paraphrase Fred Neil, he sure can sing the shit out of a song.

Mark Lanegan has a a few international live dates to mention at this time: October 3rd in Seattle, WA at the Macefield Festival; And October 30th in London’s Barbican for ‘Love And Other Crimes: The Songs Of Lee Hazlewood’ tribute event. 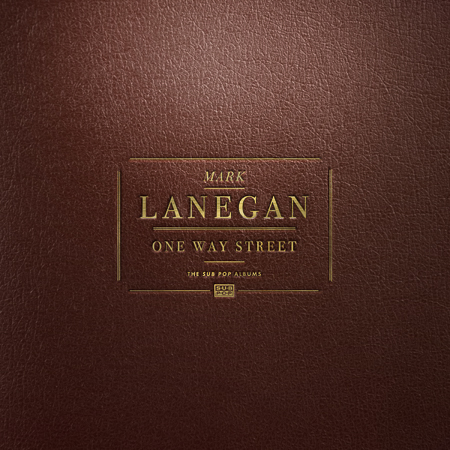 About the Mark Lanegan Sub Pop Discography:
The Winding Sheet (SP61 / May 1, 1990)
The Winding Sheet is Lanegan’s first solo work and showcases his adept skills as a lyricist and his deep, soulful voice. Highlights include “Mockingbirds,” “Ugly Sunday” and the haunting “Wild Flowers.” The late Kurt Cobain lends vocals to  “Down in the Dark,” and for the folk classic “Where Did You Sleep Last Night” Cobain contributes guitar and vocals and Krist Novoselic plays bass. Nirvana would later also cover “Where Did You Sleep Last Night” on their Unplugged album. The album was produced by Jack Endino, Lanegan, and Johnson.

Whiskey for the Holy Ghost (SP132 / January 18, 1994)
Whiskey for the Holy Ghost is the second solo album from Lanegan, and builds upon the roots music foundation that he had established with his debut The Winding Sheet. Released during the grunge explosion of the early 1990s, Whiskey for the Holy Ghostshowcases Lanegan’s growing maturity as a songwriter and vocalist. Lyrically, Lanegan continues to delve into the darker side of the human experience on songs like “Borracho” and the biblical “Pendulum.” “House a Home” was released as a single with an accompanying video. Dan Peters of Mudhoney guests on the album, playing drums on the songs “Borracho” and “House a Home.”

Scraps at Midnight (SP419 / July 21, 1998):
Scraps at Midnight is the third solo album by Lanegan, which he co-produced with longtime collaborator Johnson. Scraps at Midnightcould arguably be considered the final installment of a trilogy of albums (preceded by The Winding Sheet and Whiskey for the Holy Ghost) which feature the songwriter’s interpretation of American roots music set to troubling lyrics that explore themes of loss, sin and redemption.

I’ll Take Care of You (SP445 / September 21, 1999):
For I’ll Take Care of You, his fourth solo album, Lanegan chose to cover songs by artists who have influenced and inspired him over the years, including Jeffrey Lee Pierce of the Gun Club, Bobby “Blue” Bland, Buck Owens, Leaving Trains, O.V. Wright, Fred Neil, Tim Hardin, Tim Rose, and more.

Field Songs (SP502 / May 8, 2001):
Field Songs is his fifth solo and final studio album for Sub Pop. Lanegan seems to have gone back through all his previous work, and taken the best elements from each to create one of the most fulfilled, and fulfilling, albums of his career; a demonstration of his continued love of singer/songwriters and American folk and blues.Field Songs also includes the song “Kimiko’s Dream House,” which Mark co-wrote with Jeffrey Lee Pierce of Gun Club fame.

It’s coming to you on 7” vinyl from Three One G and digitally from Sub Pop.  Prepare your ears and listen to “Eraser“ right now.

Following two acclaimed albums on Sub Pop (2012’s METZ and 2015’sII) and an incredible amount of touring, this Three One G single is the band’s first recording for the esteemed CA-based label, and their first new material since the release of II.

The “Eraser” / “Pure Auto” single will be pressed on green colored vinyl (limited to 1,000 copies!), and is now available for preorder through Three One G and Sub Pop Mega Mart (while supplies last). The single will also be available digitally through megamart.subpop.com, iTunes, and Amazon. 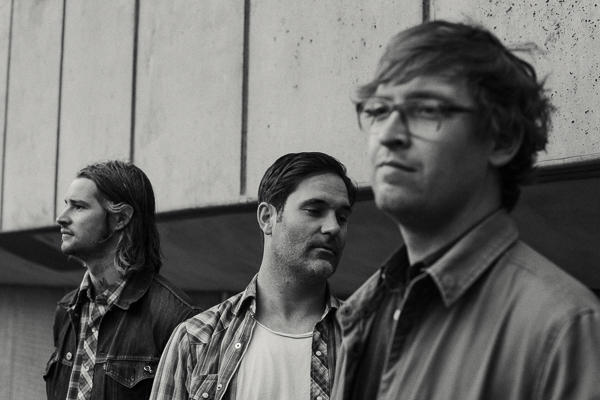 You can now watch Low’s official, new video, directed by Manuel Aragon, for “Lies,” a standout track from Ones and Sixes, their acclaimed new album.

Aragon had this to say of the video, “Diego is a jornalero - a day laborer, struggling to maintain his livelihood. Daily, he navigates between two very different realities: one, the worker, very much on the outskirts of society, unseen, unnoticed; the other, a Mexican-American 20-something, one half of a mixed-race couple trying to sustain their relationship and manage their cultural differences.”

Low’s 2015 European headlining tour in support of Ones and Sixes, is currently underway, with a show tonight, Thursday, October 8th in Glasgow at Art School. Later this week, the group will play their largest headlining date at London’s iconic Roundhouse on October 10th. The European trek will end on November 2nd in Paris at Le Divan du Monde.  (see details below)

Low will resume U.S. touring on November 11th at Minneapolis’ First Avenue and continue through November 21st at Seattle’s Crocodile. Then in 2016, the group will embark on a two-week tour beginning January 30th in Evanston, IL at Space and ending February 13th in St. Louis at the Pageant.

Low’s Ones and Sixes is available for purchase from the Sub Pop Mega Mart, iTunes, Amazon, and Bandcamp. Now sold-out through megamart.subpop.com, the limited “Loser Edition” of the double-LP on yellow vinyl and packaged in a variant slipcase cover is available from select independent stores and from the band themselves at upcoming tour dates, while supplies last.

For up to date information on tickets please visit http://chairkickers.com/shows. 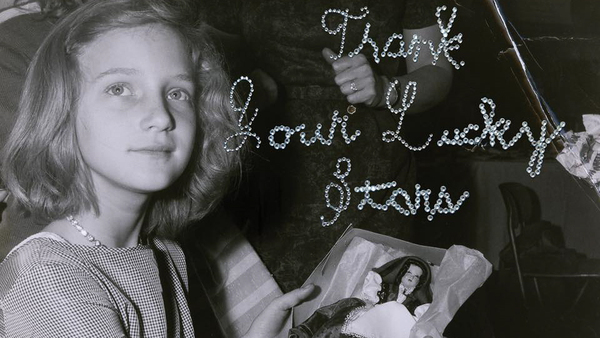 On Friday, October 16th (yes, that’s THIS coming Friday!) Beach House will release Thank Your Lucky Stars, their second LP of 2015.  The album (recorded during the same two month span as Depression Cherry) is now available for preorder through Sub Pop Mega Mart, Bandcamp, Amazon, iTunes, and will be available at your local independent purveyor of fine records this Friday, Oct. 16th.

Beach House also issued this note about the special release:

“Thank Your Lucky Stars is our sixth full length record. It was written after Depression Cherry from July 2014 - November 2014 and recorded during the same session as Depression Cherry. The songs came together very quickly and were driven by the lyrics and the narrative. In this way, the record feels very new for us, and a great departure from our last few records. Thematically, this record often feels political. It’s hard to put it into words, but something about the record made us want to release it without the normal “campaign.” We wanted it to simply enter the world and exist.

Thank you very much,

LP and digital copies of the album will be available beginning Friday, October 16th, with the CD version following on Friday, October 30th.  LP preorders through megamart.subpop.com will receive the limited “Loser” edition on green vinyl (while supplies last). 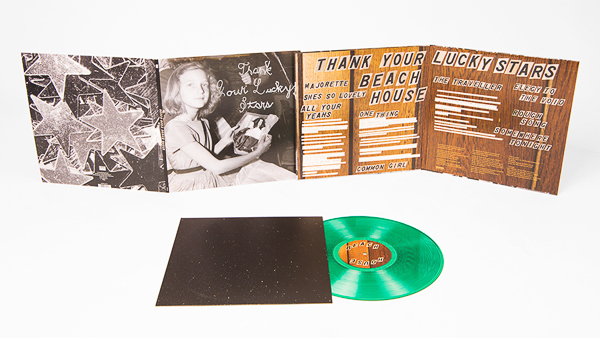 Beach House’s worldwide tour in support of both Depression Cherry & Thank Your Lucky Stars resumes on October 24th at Belfast’s Mandela Hall, and their 2015 dates end with a sold-out 3-night stand December 17-19 in San Francisco at The Fillmore. (details below)

In further exciting news, Beach House will appear on The Late Show with Stephen Colbert on Friday, October 16th (at 11:35pm ET / 10:35pm CT), so set those DVR’s, folks.

Watch Strange Wilds’ new video for “Disdain”, one of the standouts from Subjective Concepts. The new video, directed by the unknown entity known only as Yomamma, marries performance footage with a story that revolves around the strange habits of a rogue police officer.
Brooklyn Vegan had this to say about the visual: “It follows a young cop who is clearly on a power-trip of self destruction of the Harvey Keitel variety, albeit in a comic way (see video premiere October 22nd).”

Strange Wilds continues their North American tour in support of their debut album, Subjective Concepts, with a show tonight, October 22 in Providence, RI at Aurora. The tour goes until November 21st, and takes the band throughout the continental U.S. (tour details below). 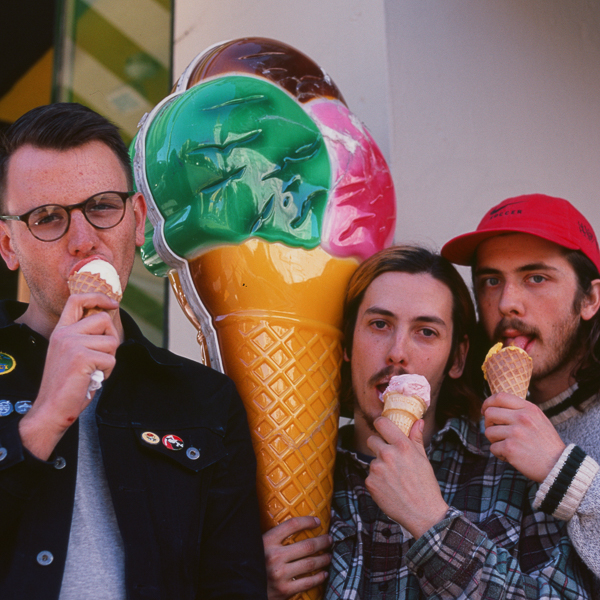 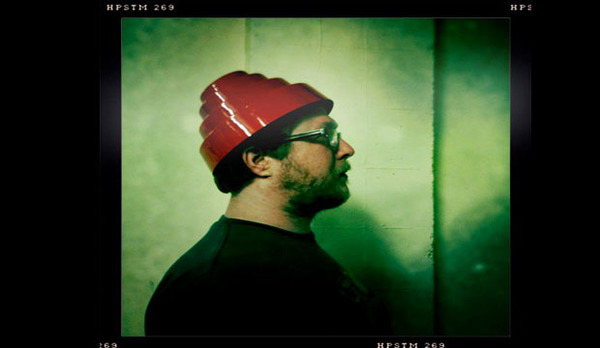 Selective Listening: Notes from the Desk of the General Manager, October 2015

“And the stars fell over Michigan…”

Andy Kotowicz was Sub Pop’s VP of Sales and Director of Marketing and also worked in our A&R Dept. with bands like The Baptist Generals, A Frames, Mudhoney, Comets on Fire, Fruit Bats, Pissed Jeans, Damon & Naomi, Vetiver, Shabazz Palaces, Radio Birdman, Wolf Eyes, and Michael Yonkers. He worked here from 2000 to 2010, through a crazy, exciting time for the label. Lacey did a great “People Who Work Here” interview with him back in 2007.

And, five years ago this month, way too goddamned soon, our co-worker and friend died as a result of injuries he sustained in a car accident. I don’t think I have anything especially new or helpful to add about the loss of a loved one, or anything all that insightful about the inexorableness of time. It’s frightening to me to mark the passing of these last five years in the knowledge that we only knew each other for ten. And, I worry about the gradual fade of my Andy memories.

So! For my own benefit and for the benefit of people who didn’t get to know him (there are several of them here at Sub Pop now), let’s go over a few. While we’re now, as a company and as just a group of people, definably less for his absence, we are, absolutely without a doubt, so much more, so much better for the time we had. Here’s some of the stuff I’m grateful for and the ways in which Andy still influences what Sub Pop is and what (I think…) we want to keep working to become.

And though there are a million of these, I’m not deluded enough to presume that kind of sustained attention. So here are five…

I think of and miss him regularly. We have been very lucky.