Sub Pop is proud to release The Essential Radio Birdman (1974-1978). This is a particularly momentous release for Sub Pop, as it marks the first release of Radio Birdman material in the U.S. in over twenty years. Their first album, Radios Appear was released stateside by Sire in 1978, but much of the material on The Essential Radio Birdman will be seeing a U.S. release for the first time ever. Over the past twenty-five years, the band has become highly influential upon underground high-energy punk bands, yet until now, their recordings have remained obscure and generally unattainable in America.

The Radio Birdman sound and attitude was rooted in the high energy Motor City sound of bands like The Stooges and MC5 that permeated Tek’s world as a teenager growing up in southeast Michigan. The band also incorporated other powerful influences, including an element of surf music, leading to the development of a sound that was truly all their own.

The band spent most of their time touring Australia, and did do some UK dates with The Flamin’ Groovies in 1978, but parted ways with Sire before making it to the States. The final record, Living Eyes was also recorded in 1978 but lingered in Sire’s vaults until 1981, three years after the band had broken up. Even then, the record only received an Australian release.

The Essential Radio Birdman (1974-1978) is a 22-track single-disc collection made up of tracks taken from their Burn My Eye EP, the classic Radios Appear album, the More Fun EP (a live recording from 1977) and the Living Eyes album. The collection will also feature new liner notes written by David Fricke.

The members of Radio Birdman are all still active musically. After the band split up, Rob Younger, Deniz Tek and Warwick Gilbert went on to form New Race with their sonic forebears, Ron Asheton of The Stooges and Dennis Thompson of the MC5. Younger then went on to form the New Christs, who are active to this day. Deniz Tek has many projects including his own Deniz Tek Group, Deep Reduction (also with Rob Younger) and Dodge Main, his collaboration with Wayne Kramer, of MC5 fame. Radio Birdman reformed for Australian tours in 1996 and 1997, but as of now, they have no plans to do so again. 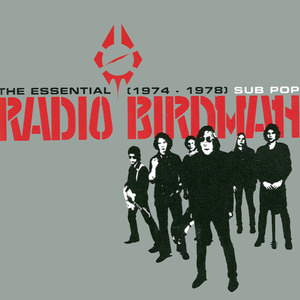