Have you been sitting at that computer all day? You’re overdue for a break. The new Vetiver album, The Errant Charm, is a superb soundtrack for an afternoon idyll. Take a moment to load the record on your mp3 player. Hell, if you still have a Walkman, the whole thing fits neatly on one side of a C-90 cassette tape. Select your favorite pair of headphones, and go for a stroll.

This album was made for walking. Vetiver bandleader Andy Cabic spent hours wandering the streets around San Francisco’s Richmond District, listening to rough mixes, tinkering with lyrics and arrangements. You can hear his strides in the tempo of “Hard To Break,” which captures the brisk gait one might adopt while passing through a public green space: Not hurried, just excited to be heading somewhere.

But you’re not there yet. “Hard To Break” is the fourth song, and there’s no need to rush. The album opens with “It’s Beyond Me,” a slow boil of acoustic guitar and vintage keyboards over a roomy beat. Here you’ll encounter almost every sonic idea showcased on The Errant Charm, the album’s universe distilled into one vibrant, six-and-a-half minute song. It builds to a robust character you’ve not heard from Vetiver before, but may have anticipated if you’ve followed them over the last four albums, from their eponymous 2004 debut through 2009’s Tight Knit.

As the summery “Can’t You Tell” unfurls, you may begin to pinpoint some of the album’s unifying elements, the integration of drum machines and a washed-out, ambient guitar sound, peppered with jangly flourishes. It comes as little surprise to learn that the music of the Durutti Column is a popular favorite in the Vetiver tour van. Likewise, the curious lyric of “Can’t You Tell” is buried low in the mix, teasing the ear, tip-toeing the fine line between revealing and obscuring meaning.

At last you find yourself at “Hard To Break.” Don’t be startled if the hazy, layered harmonies and sunlight-dappled guitar licks evoke fond memories of Fleetwood Mac circa 1982’s Mirage. The Errant Charm features some of Vetiver’s most unabashed pop songs to date, and tunes like this and “Wonder Why” are backloaded with extra lashings of ear candy in their final moments. The urge to hit repeat after Track 4 might be strong. Resist…for now. You can come back to it shortly.

Did you start your walk at home? If you did, then you probably know where you are right now. You’re in familiar surroundings and that’s good. But as with many things, it’s easy to take a customary vantage for granted. Cabic and producer Thom Monahan have already made four Vetiver records together, as well as fashioning remixes under the moniker Neighbors, working with Tussle, and overseeing other projects in tandem. They know each other’s aesthetics well. It was time to experiment more, which was why Cabic didn’t arrive at Monahan’s Los Angeles studio with many completed songs. Instead, they started with lots of loose ideas and fleshed out the best bits. In some instances, they augmented or edited parts by themselves, and at other junctures they waited until the remaining Vetiver players could convene in one place—in this case, a studio in Hoboken, New Jersey—to contribute.

Those full band performances figure prominently in the album’s driving midsection. “Right Away,” “Wonder Why,” “Ride, Ride, Ride”…each of these selections is more propulsive and rocking than the one before it. As you walk a little faster, exerting an extra modicum of stored energy, you may find yourself someplace new and different from the norm. Off the beaten path, as it were. Certainly that was Cabic’s intention for The Errant Charm, to push the dynamic range of Vetiver to previously unheard extremes.

The sun sinks lower in the sky. As your pace slows, an endorphin afterglow washes over you during “Faint Praise,” its languid harmonic progression echoing the irreverent Impressionism of Erik Satie as much as Yo La Tengo’s laconic moments. As with the rest of the album, the mesmerizing conclusion “Soft Glass” shares a rare gift for making what’s familiar sound fresh. Parts that seem simple are stratified with subtleties, highlighting certain melodic elements while temporarily obscuring others.

The Errant Charm. Errant as in wayward, elusive. Wandering but not lost. Within that wandering, all manner of small treasures are uncovered. New ones surface with each listen. Go ahead, start the album over again and hear for yourself as you double back towards home. 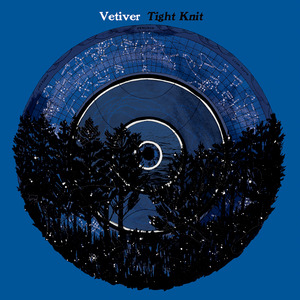