Strange Wilds is a musical power-trio from Olympia, Washington.

There are three members: Allen, who plays drums; Sean, who plays bass; and Steven, who sings and plays the guitar. There is also a freight train, several buzzsaws, a banshee, and some heavy, heavy Pacific doom-and-gloom up in the mix.

The group formed in 2012, when Steven met Sean while Sean’s band from Boise was playing a gig in a house where Steven lived. They became friends, and several months later Steven called Sean, who had just relocated to Olympia for college, to form the band. They were called Wet, and gigged around the West Coast as a four-piece. Allen was added as a full-time member in 2014 after a line-up change, and the band changed its name to Strange Wilds to release a 4-song EP and tour immediately. Sub Pop came calling, and signed the band last fall. The band is now set to release its full-length debut, Subjective Concepts, this summer.

Strange Wilds slays with the hellish fury of the Northwest hardcore scene’s best, the heavenly scuzz of a Bleach-era Nirvana, and the purgatorial punishment of Touch & Go post-rock meets Devo’s de-evolution machine. The 11 songs here bleed with the hybrid DNA of Seattle’s past and future, disparate scenes fused together with sneering menace and intelligent fury in equal shares. The opening propulsion-grind of “Pronoia,” with its chugging, bottomed-out riff and scream-speak vocals, announces the band’s arrival with authority. “Oneirophobe” spirals sinisterly, layering its heaviness delicately amidst multiple tempo changes and a snarling chorus. The body-swaying two-step of “Autothysis” comes straight from a decaying high school gymnasium; just when you think you might be able to dance to it, it devolves again into a shouting breakdown. Some songs plow through the thick fog of sludge and dirge, while others soar and speed along at breakneck pace. The titles are heady; the sensations are primal. Riffs and energy are kings in the world of Strange Wilds, connecting dots and moving the whole dense show along. Keenly cognizant of their roots, the band members embrace both sides of that dual DNA with fervor.

“We’re very aware of that sound, and when you grow up in the Northwest, the whole Olympia/Seattle/Sub Pop sound is everywhere,” says Allen. “People still love it, it’s in your face all the time; that’s the sound that is very integral to the way people play and what they are a part of. I don’t think we want to carry the torch or emulate that stuff; this is where that music didn’t stop, it’s been going on through all these different punk and hardcore bands and alternative and weird rock bands and this is kind of where it is right now. Northwest hardcore is very different; because it’s so isolated, it’s easy for that petri dish to stay there. You still have that grunge influence in that petri dish, but there’s just a lot more stuff in it now. And I guess we’re in there now, too.”

“Back By Zero Demand” : Sub Pop’s 2016 SXSW Showcase and Evening of Entertainment 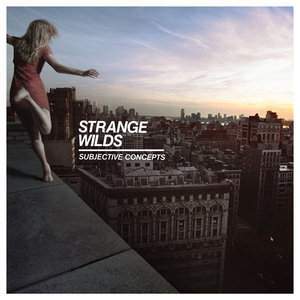