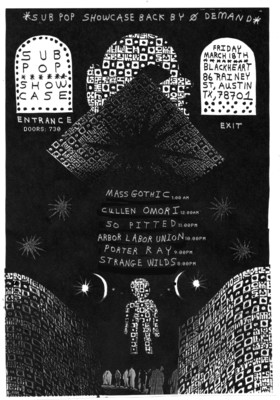 This Friday, March 18th, the highly-trained music industry professionals from Sub Pop Records will host “Back by Zero Demand,” our 2016 SXSW showcase at The Blackheart in Austin. Featuring performances from Mass Gothic, Cullen Omori, So Pitted, Arbor Labor Union, Porter Ray, and Strange Wilds. This showcase is 21+/doors at 7:30pm. 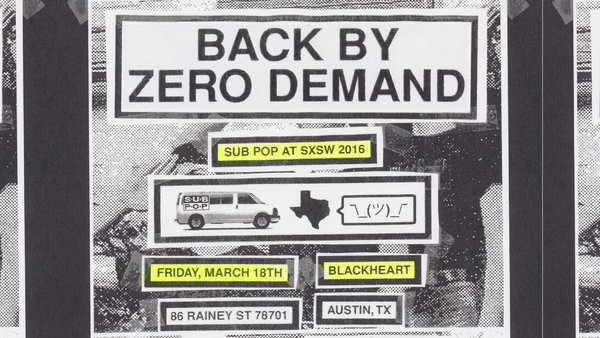 On Friday, March 18th the highly-trained music industry professionals from Sub Pop Records will host “Back by Zero Demand,” our 2016 SXSW showcase. The event, held at The Blackheart in Austin, will feature performances from Mass Gothic, Cullen Omori, So Pitted, Arbor Labor Union, Porter Ray, and Strange Wilds. The showcase is 21 and over, and doors are at 7:30pm.

BACK BY ZERO DEMAND:
Sub Pop’s SXSW 2016 Showcase
At The Blackheart/Austin 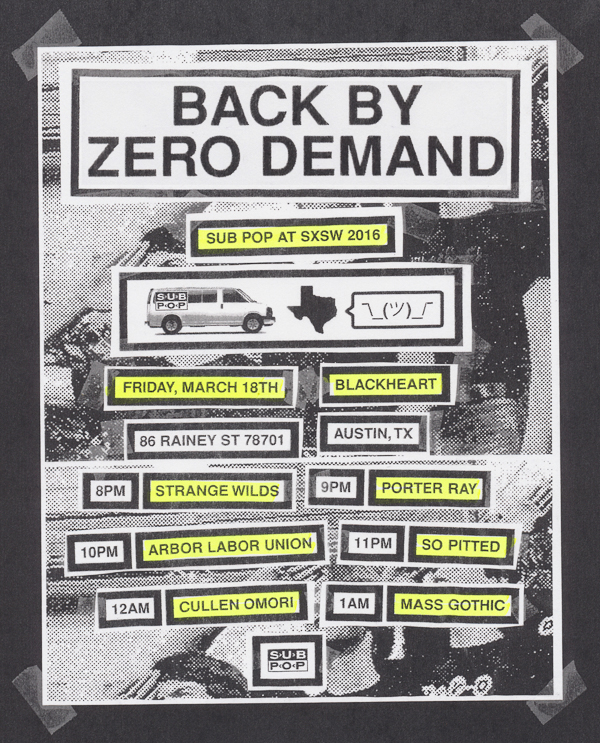