Nathan Rodriguez is referring to a certain viral clip of a surfer, standing on the shore in front of mountainous early-morning waves, relaying to a TV reporter the glory of the ocean conditions from which he has just emerged. To most viewers, the clip is a funny, sound effects-laden nugget of Spicoli brah-speak, culminating with the hero’s ecstatic assessment of the event with two brilliantly smashed together words. But to Rodriguez, along with his bandmates Liam Downey and Jeannine Koewler, “So Pitted” is way more than just that gung ho, slacker-speak catchphrase.

“That surfer gets carried away talking about what he loves, because to him that’s all that really matters,” says Rodriguez. “I don’t surf, so I didn’t understand what it meant for awhile, but its meaning evolved more to me over time. When you’re riding a big wave, the wave will turn over, under itself, and a barrel will form. You have the option of bailing—you can ride off the wave and it will be fine—or you can stick to the wave and get pulled into the pit of the barrel, and that’s what ‘so pitted’ is: following through instead of bailing. You can take that abstraction and repurpose it to anything you like. It’s nice to think about it like that.”

In a sense, the acts of following through and letting go comprise the yin and yang of So Pitted’s world. The Seattle trio emerged from the ooze in its ultimate tri-force of Rodriguez, Downey, and Koewler a few years ago and has embraced a fluid POV. “We did start out with a mission statement but we kind of let go of it,” says Rodriguez. “That has also been a big thing with the band, letting go of expectations and ideas to make room for new ones, evolving with the world around you.”

So Pitted is every bit as much an experiment in social partnerships as it is a noise outfit. They bonded over a shared love of alternative music (Rage Against the Machine, Smashing Pumpkins, Nine Inch Nails, The Mars Volta), and only after eons of hanging out did it occur to them to play music together. Rodriguez is a self-taught quick study who learned music theory on Wikipedia; Downey is a new wave fanatic who sticks pipe cleaners in his brain to speak to extraterrestrials; Koewler is a longtime ballet dancer whose love of aesthetes and bands like Cocteau Twins is a strong influence on her bandmates. Together, the trio just fits, a perfect balance for one another’s quirks, strengths, and shortcomings. As Downey says, “We’re not trying to destroy anything, and there’s no ‘movement’ necessarily. We’re all kind of weird, so it’s really easy for everyone to be themselves.”

When So Pitted started out, their mission was to make a rock band that embraced nonlinear songwriting that would not often repeat itself. Attracted to bands with unique perspectives, they began to explore those open avenues. “We thought it’d be so cool to emulate that idea of freedom,” says Rodriguez, “and we were attracted to that freedom of expression, not having to do things a certain way just because that’s the way things are done. Now that’s what we’re attracted to the most, the freedom of performing or writing or doing anything that you want to do, instead of feeling forced to do it the way you should do it. A lot of our band is a reaction to music as a whole; there are so many things in music that seem silly to us sometimes and we’d like to create or share something that doesn’t have to be like that.”

Enter neo, So Pitted’s debut album some years in the making. These eleven tracks are lean and snarling rebukes, torch songs not in the traditional, unrequited-love sense, but songs that will torch your fucking house down. Screams and howls overtake chants and muttering, equal parts dejection, rejection, and convection, the hot, muggy air circling continuously. It’s fuzzy, angular, throbbing, and pounding, and still, ingrained in the songs by their makers, breathes that catchy quality present in so much of the music they love. Songs like “holding the void,” “rot in hell,” and “woe” crash over and over, turning under themselves like waves, but as the measures tick off, the dog-eared melodies and familiar themes begin to reveal.

“All the So Pitted songs, from the very beginning when I did think about it as a punk band, they had this subvert, poppy, creepy tone,” says Koewler. “I thought that about ‘holding the void,’ it was catchy in a cool, dark way. I can’t help it—I like pop music! Nathan and Liam, the two of them together are a weird pop force that is unlikely.”

“”rot in hell” and “holding the void” are some of the earliest songs we had,” says Rodriguez. “There are lots of feelings of intense frustration and misunderstanding in them. I think for a long time I’ve wanted to appear strong, or tough, and I don’t think I’m really regarded like that. I think those songs came out in a time where it was me experiencing frustration with that.”

It’s not lost on So Pitted that many people who write rock songs use them as a creative outlet to express more sensitive feelings or more intimate emotions than they are typically capable of in regular life. But for these truly creative, thoughtful, and compassionate souls, the opposite is more in play. “I think I’m a pretty sensitive person already and I got to write these songs as an outlet to express things I wasn’t really comfortable expressing otherwise, like being powerful,” says Rodriguez. “This was also the first time I’ve ever been able to really scream the way I can scream now; before, it didn’t come from a place where it was necessary and fell flat and seemed silly. But when we wrote those songs it happened so easily where I could scream to them and it made me feel powerful. These songs give me an access to strength I didn’t have before.”

And yet, for all its landmark power, growth, and heightened complexities, neo is but a slice in time. It is a pencil-mark on the splintered door frame of their upward trajectory, a group of songs confronting entitlement and expectation, and where disappoint comes from. It stands for anything new, for something else, and the necessity of revisiting ideas—nothing, they believe, is above an update.

“It’s a timestamp for where we’re at, the first time we’ve ever felt we have something good enough to produce,” says Rodriguez. “But I don’t think we’ll always sound like this. A lot of this music happened in a time when I had a stronger relationship with anger or hate, and I don’t feel angry anymore. These songs will always feel the way they do, but writing new songs like these doesn’t really feel right. Our whole process is not perfect, but I don’t think it’s supposed to be. That’s not the point.”

So Pitted’s neo, featuring the highlights “rot in hell”, “holding the void”, and “feed me”, was co-produced & mixed by So Pitted & Dylan Wall and recorded at The Old Fire House, Media Lab, Spruce Haus, the band’s practice space and Tastefully Loud in Seattle. neo was engineered by Wall at Tastefully Loud and mastered by Eric Boulanger at The Bakery in Los Angeles. 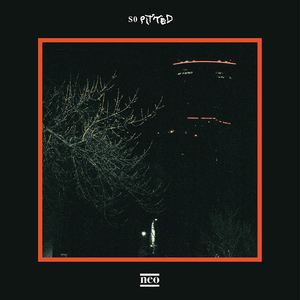