“There must be something in the water.  The soil is rich, yes, but it has to be the water…”

You should already know who Porter Ray is (but you probably don’t.)  The machines that seek to control your perception don’t want you to.  He is too much of an anomaly.  Porter skews the modern experiment that is contemporary rap music wildly.  He is in a word: Authentic.  Porter Ray is a natural… he sounds like East Seattle feels.

The year is 2017 and something is amiss.  Fascism is on the rise and nearly everyone is a “rapper” (but very few people are actually still rapping.)  Something else has replaced the art form, the lack of intent and authenticity is nearly palpable.  We have, by in large, exchanged clarity of voice for the unintelligible.

Much of the short comings of the music being made is guised under the auspice of improvisation, its inadequacy explained away by the supposed importance of immediacy.  It is in fact: Lazy.  The craft is even more garbled and devolved by the haze of excessive prescription pharmaceuticals that most of its purveyors (and many of its consumers) are slave to.  An inevitable figurative and literal glut ensues.  The masses are numb (and loving it).

Porter Ray has had no choice but to feel deeply.  Loss and violence seemed to plague Porter’s adolescence and early adulthood.  His father fell gravely ill, and his subsequent passing signaled the beginning of a dark time. Leaving high school devoid of any certification was next. Losing his younger brother to a much publicized case of gun violence four years later only added to the young de facto patriarch’s heavy heart and perceived curse. The year following found some of his closest friends [including the mother of his son] locked up in the penitentiary with lengthy sentences.

Porter attempted to replace the cloud that seemed to be following him with a haze of inebriants… reconciling the futility of that approach, he found refuge in his notebooks… they started to give what he actually needed.  Within them Porter Ray found Blk Gld and mined it, stumbled upon Wht Gld and purified it, gave us Rse Gold and we rocked it… he developed a set of fundamentals and made them mantric, then we witnessed Nightfall.

14 tracks.  Each distinct.  Each clear and nuanced.  Each immersed in clean air and surrounded by abundant green.  Beyond the highly visual, visceral verbiage and layered slumping sonics, Watercolor is about a family immediate and extended, who care deeply about this art form.  It features original raps… original cadences… over original sample free beats.  It is a testament to authenticity, work, brilliance and true collaboration with a reverence for what has preceded.

Every word, every beat, every piece of visual ephemera that one experiences on and in this project is resultant of years of conversations and shared exposures, common highs and mutual lows.  From the painterly photographs that are the cover art, to the sketches that embrace the physical discs, to the sonic collaborations, Porter Ray creates with those who have been close in spirit and proximity.

Sacred Geometry - (feat. The Palaceer and Cashtro) If James Mtume and the S.O.S. band collaborated to lace us with something new for 2027, this track would be what brought them from beyond the creative veil. Palaceer advising from the stratos, Porter Ray and Ca$tro reporting from the streets.  Students and teachers should build together shouldn’t they?

Bullet Proof Windows -  (feat. Nate Jack and Thad) A masters class in collaborative comparative story telling.  A sublime addition to the time honored lyrical give and take that would make smooth and Trigger or Nas and AZ show you their teeth.  A verbal tit for tat between childhood friends hooks crooned by Porter’s older cousin Thad.

Arithmetic - (feat. Infinite and Stas THEE Boss).  Three of the most influential, effortlessly lyrical and revered wordsmiths from up top…all on one track.  The Townest of Biz in deed.  Most of you wont quite understand the significance… but for those who do (and for those new)…You are welcome.

The Project was A&R’d by Ishmael Butler, who also signed Porter Ray in 2015 dubbing him the “Golden One”.  He has provided Porter, with a wealth of perspective and history also keeping him deftly aware of the present professional creative landscape into which he is entering.

Watercolor is the natural extension of musical traditions that have poured forth (both credited and mis-assigned) from the rich soil that is Seattle’s central district.  Watercolor sounds like Seattle.

Porter Ray is living robustly and earnestly.  Raising two sons, busy honing his craft, relaying tales resultant of actual experiences, dreams had, highs and lows partaken in.  No matter what the internet tells you, this thing called living cannot be faked.  Following this logic, many rappers aren’t really living.  Fabrication is tantamount.

Conversely, we invite you to immerse yourself in something real.

Watch Video for Porter Ray’s “Past Life” (feat. Cashtro and Black); Watercolor Is Out March 10th 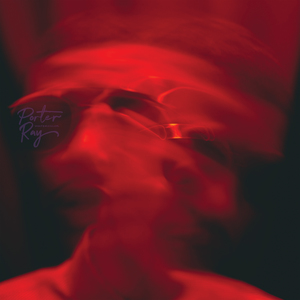