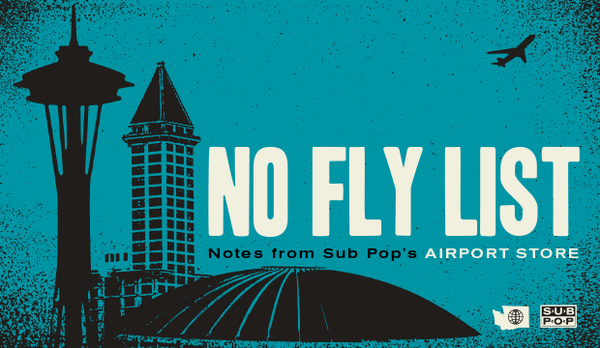 At last, winter is finally nearing its conclusion! After what feels like an eternity (can you believe the Summer Olympic Games were less than a year ago? Me neither…), spring is finally close enough to talk about without sobbing. While reasonable people may know spring as the time when temperatures rise, plants bloom, and insects reemerge from Hell where they belong, we here in the bowels of the music industry know it exclusively as the beginning of “festival season.” During this time, seemingly every city around the world sets aside a weekend or two for great gaggles of wide-eyed music fans to gather to watch and listen to as much music as possible, and also pay too much for bottled water. In addition to all that music and predatorily-priced potable water, there’s the eating, the drinking, the art appreciating and, of course, so many sunburns.

“This is all too much,” you might hypothetically say, “there are just too many festivals.” If you are inexperienced with the full wonder of music festivals, you might even say, “I don’t know if I’ll survive even one of these.” And though, clearly, that is hyperbolic, I am not here to judge you. No, instead, I am here to help. And, to that end, I’ve prepared a pseudo-survival guide for your trek to one (or all!) of the very cool festivals listed below, complete with a brief summary of each, a list of cool bands to see, other things to do in the area, and some optional, recommended items to make your festival experience a truly luxurious, Sub Pop-approved one.

Situated between the Mississippi river and some railroad tracks, BUKU is an intimate music and arts festival with plenty of great electronic and hip-hop music. One of the stages is located inside a warehouse used to build Mardi Gras floats, and it’s only a short walk from the French Quarter, ensuring that there’s plenty to do while you’re in town. I’d highly recommend some sunglasses, however. Protecting your eyes is important - not only from the sun, but also from the flying cockroaches I’ve been told exist in the southern parts of the United States.

A yearly tradition during which downtown Austin, Texas is overrun for 9 (nine!) whole days, SXSW is a smorgasbord of music and pop culture, where you can take in practically innumerable performances by bands, plus art, informational panels, comedy, and just about anything else you might want to see. You will almost certainly need a very attractive bag to carry all the swag you acquire.

Is there a better way to welcome spring back into your life than by going to Mexico? I’ve yet to hear a compelling opposing argument, and set for only one day in the beautiful city of Toluca, the Ceremonia Festival boasts an impressive lineup full of heavy-hitters. Fun fact: Toluca is the region from which Chorizo originates. so I’d suggest something to keep your drink cold while you’re busy stuffing your face.

Coachella is a huge festival, occupying two weekends in an otherwise scarcely populated valley in central California. There isn’t a whole lot to do in Indio, but the organizers of this festival have you covered, as every year they seem to try to go even bigger than they did the prior year. More bands than you can name, food, art, and interactive exhibits abound at this staple of the festival scene. You’re probably going to be camping if you go. Please bring soap.

Fortress is a brand spankin’ new festival marking its inaugural edition. Presented by the Modern Art Museum of Fort Worth, it also includes a boatload of art by multidisciplinary artists across several venues. I’d recommend that you bring a water bottle that won’t let you down, as you’ll need to stay hydrated for all three days. Fort Worth is also home to the renowned Kimbell Art Museum and the world’s first and largest indoor rodeo, if such things tickle your fancy.

Some festivals seek to find a location off the beaten trail, removed from the city and the hustle and bustle. Shaky Knees is not that festival, as it takes place smack-dab in the middle of Atlanta’s Centennial Olympic Park. Food is a big draw at this festival (it’s in the South, so this is to be expected). And, should you seek respite from the sun beyond that provided by this hat that I dutifully recommend as a source of shade, the excellent Center for Civil and Human Rights is a short walk away (as is the World of Coca-Cola museum and the Georgia Aquarium).

Bands to see: Band of Horses, The Head and The Heart, Frank Ocean, White Reaper

Is there anything more picture-perfect than a white sand beach? This is a question asked by many Washingtonians (mostly out of ignorance, as our beaches feature no sand, only rocks, driftwood, and disappointment), and attending Hangout Festival, located directly on the beaches of Gulf Shores, would provide the obvious answer. What could possibly be better than listening to your favorite bands WITH the ability to jump straight into the ocean at any time you choose? Bring a towel, no one likes being wet once they’re done swimming.

And so we arrive at the end of spring, the beginning of June and the barrier I have arbitrarily decided on for this survival guide. Sasquatch takes places at a venue called The Gorge, and it is hands-down the most beautiful place to see live music in Washington. There’s a breathtaking view behind the main stage, it’s a not-too-long drive from Seattle, and there are plenty of lakes to swim in before you hit the festival. Room for camping is ample and comfortable; just make sure to bring a blanket, because it cools off pretty quickly at night and you don’t want to be the chump freezing your ass off on the lawn.