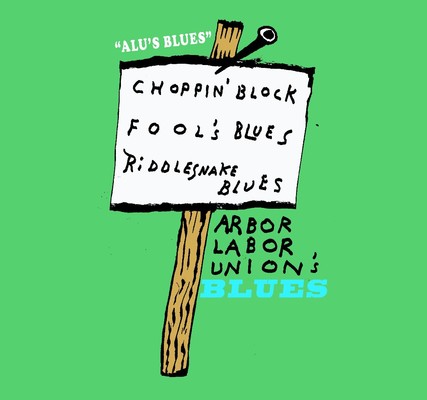 We wrote the songs because we believe in the transformative power of music. We hope this music encourages you to Keep Chooglin’, Keep Truckin’, Keep on Keepin’ On, beat your pretty feet against the crust of the earth because God knows we are. It’s what we all must do. We’ve seen and been a part of more talks about real Love lately than in all of our lives so far. (There’s a better world coming can’t you see, see, see? ) These are ALU’s BLUES and these songs told us to put on our shoes and go marching. These songs are Blues like the color and green in sound. I want to march with you and sing these songs with you. I don’t know you and maybe if I could see you I could tell you more. I could tell you about the songs but it would never match to what the song says in its own way. Because words fail all alone to describe what words do when combined with song. I could tell you about the song “Choppin’ Block” and tell you to ride shotgun on death’s white horse to the gallows. See everyone there with their heads bowed complacently waiting for their turn. I could tell you about the “Fool’s Blues” and tell you it’s the best I can do to try my best and still blow it big time sometimes. I could tell you about knocking on Woody Guthrie’s grave and asking him to help me write some words and how he came to me as a snake in my mind and all the words came at once one morning…

There are three songs here, dear reader. We hope that you may listen to them well. Lend an ear to ALU’s Blues and we hope to have paid you back in full for all the work you’ve already done. Solidarity forever (hallelujah amen say that again!).

We played and recorded these songs in the house where they once lived. We give them back to you because that’s all we really have to give. We are donating all proceeds of this effort to the greater efforts worldwide. More specifically, ALL PROCEEDS RECEIVED FROM THE PURCHASE OF ALU’S BLUES GOES TO THE FOLLOWING CHARITABLE ORGANIZATIONS BECAUSE THEY DESERVE IT 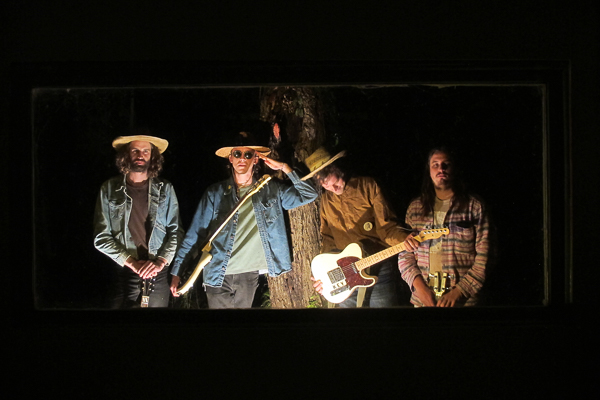 About ALU
ARBOR LABOR UNION is a little bitty band born dancing on top of red Georgia clay. They believe in a simple song with a lot of truth and that is what they play. ALU’s BLUES finds the band stepping into its own shoes. Playing the sounds as they found them, in the trees, on the porches and between the clouds on blue bird days. They believe in the lineage of punk rock freedom folk music ranging from The Almanac Singers to The Minutemen. On this recordingBrian Adams played guitarmonica and sang some harmony. Bo Orr played slide guitarmonica, tamborine and sang a lot, Ryan Evers played the bass fiddle and sang too, Ben Salie played the drums and the tambo. Our new friend George played fiddle while the snakesung a riddle. Recorded on New Year’s Day 2016 by our soul brother and sound shaman Robert Sarabia.