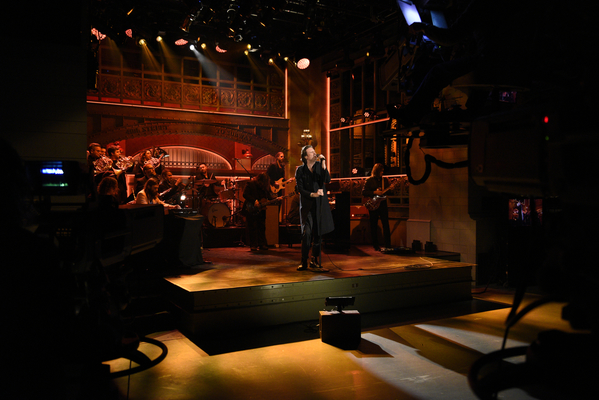 Father John Misty was the musical guest on Saturday Night Live this past weekend (I know, right?!) and performed “Total Entertainment Forever” and the title track from his forthcoming third full-length album, Pure Comedy.

Father John Misty has also added a headlining show on August 25th at Denver’s Red Rocks Amphitheatre (with Jenny Lewis) to the first round of 2017 North American tour dates in support of Pure Comedy. The previously announced tour dates include Toronto’s Royal Alexandra Theatre (May 5th and 6th), Brooklyn’s King Theatre (May 10th), Chicago Theatre (May 15th), The Paramount in Seattle (May 24th), Vancouver’s Festival Lawn at Deer Lake Park (May 26th), and Mexico City’s Metropolitan Theatre (June 7th).  Pre-sales for the Mexico City date begin March 8th at 11am local time through March 9th with tickets on sale to the general public on March 10th at 11am (local time).

Hannah Jadagu What Is Going On? Digital