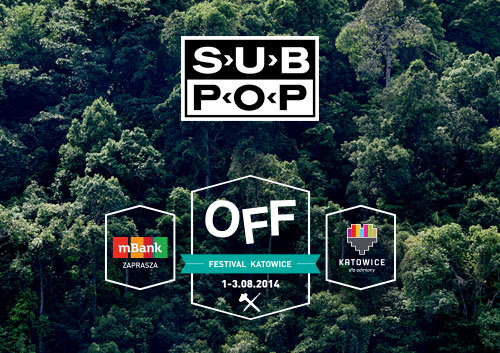 Please find additional information about each of the performers below.

Some say Rock N Roll will never reach the same primitive raw vein hit of Bo Diddley at his more subhuman lurch, or that no unit could ever scramble the marbles left of what brain-boiling suburban electronic punk outsiders did in the mid-’70s: Whatever you think, there is no denying the homemade nuclear war Wolf Eyes has declared on music. Wolf Eyes was birthed in the shadows of late-’90s Michigan. However, Wolf Eyes has grown beyond a band into a collective mutant ensemble, an art abstraction unit: musicians, print makers, photographers and more, all sharing a primal vision of decoding the wilderness of the humanoid soul using their deep audio arsenals.

Before the release of clipping.’s debut, 2013’s Midcity, the trio of rapper Daveed Diggs and producers Jonathan Snipes and William Hutson did not expect to find an audience for their abrasive brand of rap music. But since the formation of clipping. and the release of their debut album, the field of commercial music enlarged ever so slightly, making room again for noisier, more adventurous elements in electronic production. Examples of this have been incremental, mere baby steps, so far. And despite clipping.’s insistence that they’re really just making rap— not noise-rap, industrial-rap, or any other mashup genre— their music might be more sonically challenging than that of the punkish rap rockers, lo-fi bedroom producers, and street goth hybridist’s they’ve been lumped with so far. The band will release their Sub Pop debut, CLPPNG, this June.

Lyla Foy (formerly known as WALL) released Mirrors the Sky, her Sub Pop debut in March. The London singer and producer specializes in intimate vocals effortlessly intertwined with delicate, emotive instrumentation. The production is an integral part of her writing process, capturing not only the intended notes but also the incidental and accidental sounds that bring the recordings to life and provide endless intrigue. While the patter of keyboards, guitars and pulsing bass lines create a beguiling backdrop, it’s Foy’s sense of melody and turn of phrase that takes centre stage. Subtle nods to classic refrains, mingled with her own inflection, suggest a writer who draws from many different eras, resulting in a sound that is both timeless yet modern.

Protomartyr’s taut, austere rock was incubated in a freezing Detroit warehouse littered with beer cans and cigarette butts and warmed, feebly, by space heaters. Despite the cold, Protomartyr emerged with a sound that is idiosyncratic but relatable, hooky but off-kilter. Protomartyr’s economical rock elicits comparisons to possible antecedents like Pere Ubu or The Fall as well as local contemporaries like Frustrations or Tyvek (whose frontman Kevin Boyer played bass in an early iteration of Protomartyr). Singer Joe Casey’s dry declarative snarl serves as a reliable anchor, granting his bandmates — guitarist Greg Ahee, drummer Alex Leonard and bassist Scott Davidson — the opportunity to explore textures and reinforce the rhythm section. This is never more apparent than on the band’s sophomore LP and Hardly Art debut, Under Color of Official Right.

Rose Windows began in late 2010 in Seattle. On their debut album, The Sun Dogs, the band incorporates elements of The Band, The Doors’ organ-driven psychedelia, and Black Sabbath’s dirges, along with Persian, Indian, and Eastern European music.  Rose Windows have toured the West Coast several times, fluidly sharing the stage with underground art-metal bands one night and popular indie Americana acts the next. The Sun Dogs was recorded and produced by Randall Dunn (SunnO))), Boris, Earth) at Avast! in Seattle.

Who said you could only play rootsy, dirty, sunburned rock in Texas or Tennessee? The duo Wild Books proves that you set out from a Polish garage to follow in the footsteps of Jack White and The Black Keys. Wild Books’ self-titled 2014 debut record showcases retro-rock in its whole ass-kicking glory.

Three years ago, this guy proved you could be a surfer in southern Poland. This year he’s back with Motörcycle Rock and Roll, a mix of psychedelia, garage, and surf, or as he likes to call it, “garbage rock.” Fortunately the sound quality is inversely proportional to its aesthetic value. Maciej Nowacki’s music will blow your socks off, even though he himself admits that the only reason he got into music in the first place was to prove he was in the arts at parties.