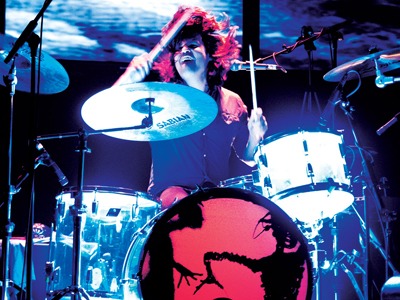 As countless can attest, a live Twilight Singers show is truly an epic experience. For the first time ever, there will now be recorded proof. The Twilight Singers will release their first ever live album Live in New York on November 15th.

Recorded at Webster Hall in New York City this past May, the show was easily one of the highlights from the band’s world tour in support of their latest release Dynamite Steps. Live in New York features 21 songs from the band’s entire career including: “Teenage Wristband,” “I’m Ready,” “Annie Mae,” “On the Corner,” and many others.

Live in New York will be released digitally worldwide. However, a limited-edition, deluxe double-CD is available directly through the band’s website.

This deluxe edition will feature the entire unedited New York performance and will only be available for purchase prior to November 15th. This CD will not be available in stores. Fans who purchase the deluxe CD edition will immediately receive the track “Teenage Wristband” via email and will also receive the full album digitally on the street date.