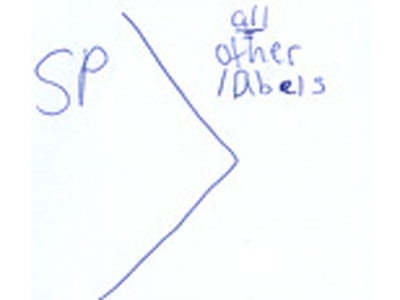 Sub Pop Records turns 23 today. Our boss Jonathan had the following very nice thing to say to the internet on the subject:

“On April 1st, 1988, the lease for Sub Pop’s first designated office space officially commenced. We were unceremoniously booted from that building years ago, but the day stuck as a birthday of sorts. To all of our vendors, customers, colleagues, friends, mentors, employees, and artists: thank you. Same goes to our beloved hometown of Seattle.”

In years past we have really made a nuisance of ourselves going on and on about our anniversary. We’ve hosted a bunch of parties, put together shows, once we even had a big, fat festival. This year, instead, we are going to do a little more shutting up and a whole lot more putting out 1,000 amazing records. To be fair, we have not actually counted, but it sure seems like 1,000. We have listened to them all, though, and we’re dead certain about the amazing part. And, as Jon more succinctly put it in the quote above: we’re very grateful.

So far this year, we have released new music from Daniel Martin Moore, Aurelio (via the Next Ambiance label), The Twilight Singers, Mogwai, Papercuts, Dum Dum Girls, J Mascis, and Obits.

And we will have, soon or before the year is through, still more new releases by the likes of Low, The Head and the Heart, Blitzen Trapper, Fleet Foxes, Lower Dens, Chad VanGaalen, Shabazz Palaces, Blouse (a 7" single on May 31), Vetiver, Sebadoh, Niki and the Dove, Handsome Furs, Still Corners, Mister Heavenly, Male Bonding, Memoryhouse, Fruit Bats, The Helio Sequence, and undoubtedly a handful of others who I am right now forgetting, and whose understandably a little bit irritated manager(s) will soon be sending me less than carefully worded emails expressing their concern on this “forgetting” issue.

See what I mean? You try counting them! (Please do not really count them…)