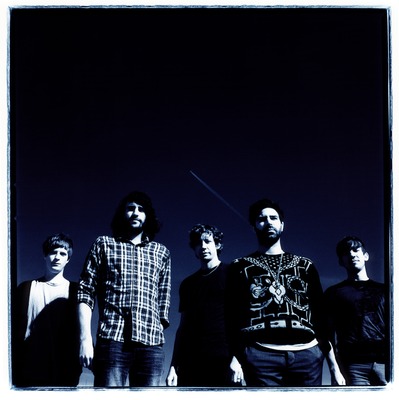 Grey Oceans is CocoRosie’s fourth album and debut for Sub Pop. It’s a beautiful, enchanting record with incredible arrangements. Try the lead single Lemonade here , and check out The Tripwire’s post here. The CD and LP have different artwork and you can grab them over here. Here are three trailers featuring music from Grey Oceans

Nothing Hurts , the debut album by London’s Male Bonding, is also out today. We fell for their high-energy-hook-laden numbers a little over a year ago and we are so excited to finally be putting their record out. Drowned in Sound gave the record a 9/10 NME an 8/10 and Pitchfork gave a Best New Track nod to Year’s Not Long and did a great little Rising Piece. Try Year’s Not Long here and Franklin here. Also, check out this cool session they did for Radio 1: Year’s Not Long. You can pick up Nothing Hurts here.

To complete the trio, we have the US Itunes release of Foals Total Life Forever. Following on from their 2008 debut Antidotes, Foals have returned with a stunning second record. It’s a real progression from the last one – the tempos are a little slower, often starting sparsely and building to intense crescendos, nowhere more so than on Spanish Sahara. Elsewhere, Two Trees is a subtle delicate track and This Orient and Miami are big pop gems. You can check out 2 tracks on the release page for Total Life Forever here and buy the record on Itunes here. The CD and double LP versions will be available on June 15th. Here are a selection of new Foals videos currently enhancing the internet:

Finally, we have a new 15 track FREE Sampler up on Amazon starting today: Digital Bang. If you are in the US, you can go ahead and grab it here

If you are outside the US, you can listen on the Soundcloud here.