Strange Wilds’ ear-splitting debut album Subjective Concepts is now available on CD / LP / DL worldwide and can be yours today.
In celebration of today’s release, the band also presents an official video for “Pronoia,” the album’s lead single.  Director David Hoejke and young shredders Strange Wilds will test the limits of your eyes, ears and speakers with this audiovisual assault (see FLOOD videp premiere July 24th).

Strange Wilds have a few Pacific Northwest shows - see below - in support of Subjective Concepts (including one in their hometown of Olympia, WA) from July 24th through August 10th, including two Seattle record-release shows today, July 24th: an instore at Everyday Music (at 5pm) and a performance at Capitol Hill Block Party’s Barboza stage (at 7:30pm). Do yourself a favor if you’re a lucky Pacific Northwesterner and watch them crush it in person.

We also suggest purchasing the album Subjective Concepts from Sub Pop Mega Mart, iTunes, Amazon, Bandcamp or your friendly neighborhood record store.  FYI - All customers who order the LP version of Subjective Concepts from Mega Mart and Bandcamp will receive the limited “Loser Edition” on white vinyl, with a limited-edition poster, while supplies last. (There’s also a new T-shirt design available individually or as part of a bundle with the record.  Yeah, we thought you’d like that.)

It Seems ‘They’ Have Something To Say About Strange Wilds’ Album Debut:
“The album is a wake-up call to rock above the hazy summer daze, but then, just like that, it’s gone—a 35-minute sing-along tornado demanding to be played again immediately.” - FLOOD
“Pronoia is the opposite of paranoia, essentially the happy delusion that there is a conspiracy that exists to help people. It’s also the name of the hellish four-minute blast of noise that’s the best song on this debut album by Seattle trio Strange Wilds. The follow-up to 2014’s four-track ‘Wet’ EP, Subjective Concepts sounds like it was raised on ‘Bleach’-era Nirvana and aligns the band with their Washington peers Milk Music and Naomi Punk. They build a monumental wall of hardcore noise on ‘Egophillia’, before taking a wrecking ball to it and screaming wildly into the mess. Elsewhere, there are tight grooves on ‘Disdain’ and ‘Terrible’, and the guttural riffs on ‘Starved For’ offer plenty for bleeding gums to gnaw on.” -NME

“While the barbed, razor-sharp riffs and tightrope bass thuds ofBleach largely inform the scrappy nature of key tracks like caustic opener “Pronoia” and the pensive “Oneirophobe,” there is an influential undercurrent of the signature sounds of their own city back in the day as well. Shades of K Records classics from Beat Happening and Some Velvet Sidewalk additionally factor into the more melodic elements of Subjective Concepts, particularly within the structures of college radio-ready songs like “Don’t Have To” and “Lose and Found.” - PASTE

“They are a powerful outfit, and Subjective Concepts is cohesive and fierce.” - Pitchfork

“Toggles between a coiled-snake groove and the kind of full scream-along ferocity that makes you want to thrash around in a small, dark room with a bunch of sweaty strangers. This is noisy, heavy, grimy music, and it’s great.” [“Pronoia”] - Stereogum

“A sludged-out mess of hardcore that slam dances with the Seattle label’s past and it wouldn’t be surprising at all to see them on a tour run that’s stacked with Mogwai, METZ, or Pissed Jeans” [“Pronoia”]  - BLARE

*w/ So Pitted
^ w/ Screaming Females
# w/ Vexx
In 2011, prior to the release of Dum Dum Girls’ second album Only In Dreams, Dee Dee met up with friend and director Sam Macon while visiting New York City to shoot a video for song “Coming Down.” “Bedroom Eyes” was tapped as the lead single (Macon also directed that video), but everyone felt “Coming Down” warranted its own introduction. In true DIY fashion, Dee Dee, Sam, and a few friends spent a day shooting in Chinatown, chasing light across the Williamsburg bridge. 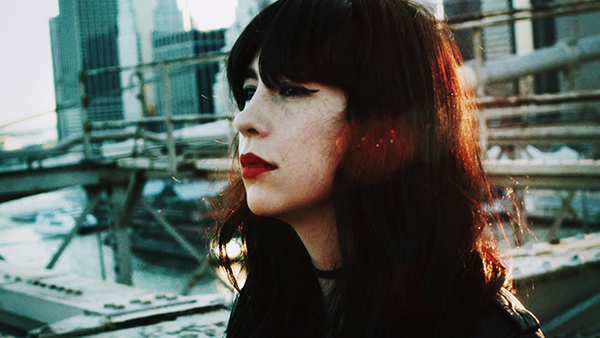 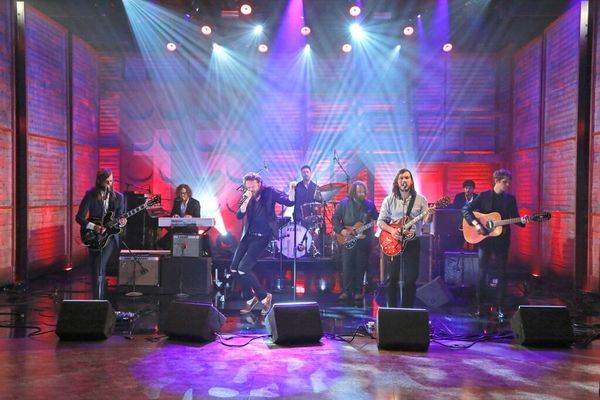 Father John Misty took to the stage on CONAN last night delivering an inspired performance of “I Love You, Honeybear”.  [watch it here]

We don’t like to brag, but… I Love You, Honeybear is one of the most acclaimed albums of the year, with “Best of 2015 (so far)” notices from the likes of PASTE, Time, Rolling Stone, Entertainment Weekly, Complex, USA Today, The AV Club, SPIN, Stereogum, and more.

The album, I Love You, Honeybear is available now wherever fine records are sold; on CD / LP / 2xLP / Deluxe 2xLP in Europe from Bella Union and everywhere else from Sub Pop.  Purchase today (you know you want to) via Father John Misty.net, Sub Pop Mega Mart, iTunes, and Amazon.

Father John Misty 2015 tour schedule in support of I Love You, Honeybear, resumes Saturday, July 18th at Pemberton, BC at Pemberton Festival and currently ends November 21st-22nd in Mexico City, MX at Corona Capital Festival. Complete list of tour dates is below.

What people are saying about Father John Misty

“He may sound like he wandered away from an L.A. ashram, but don’t be fooled by the beatific-hippie vibes. There’s a killer songwriter’s instinct beneath all those dreamy Laurel Canyon melodies (and possibly a shiv in that beard; the man can write a cutting lyric like nobody’s business).”[12 Best Albums of 2015 (so far)] - Entertainment Weekly 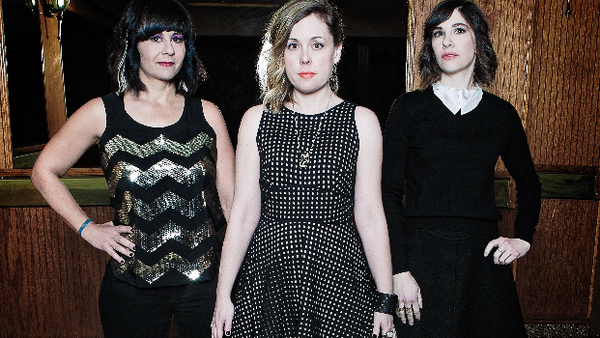 If you’re into things that are “the best,” Sleater-Kinney’s No Cities To Love is already coming up as one of the best reviewed albums of the year with “Best of 2015 (so far)” notices from the likes of Time, USA Today, Billboard, Rolling Stone, Entertainment Weekly, The AV Club, The Guardian, Complex, NME, Stereogum, PASTE, and SPIN. No Cities To Love is available worldwide from Sub Pop.
What are “They” saying about it?
“America’s fiercest punk band….10 songs in 33 minutes, not a dud in the bunch, all surging in uptempo stomp-down-the-door mode. There’s more low-end thud to their sound than before. The whole album crackles with the palpable excitement of three rock lifers in a room, eager to see what happens when they plug in and let it rip.” [Best Albums of 2015 (so far)] - Rolling Stone