Montreal’s TEKE::TEKE and Pacific Northwest band SUMAC’s contributions to the Sub Pop Singles Club Vol. 5 are available now for the first time at all the digital music places. 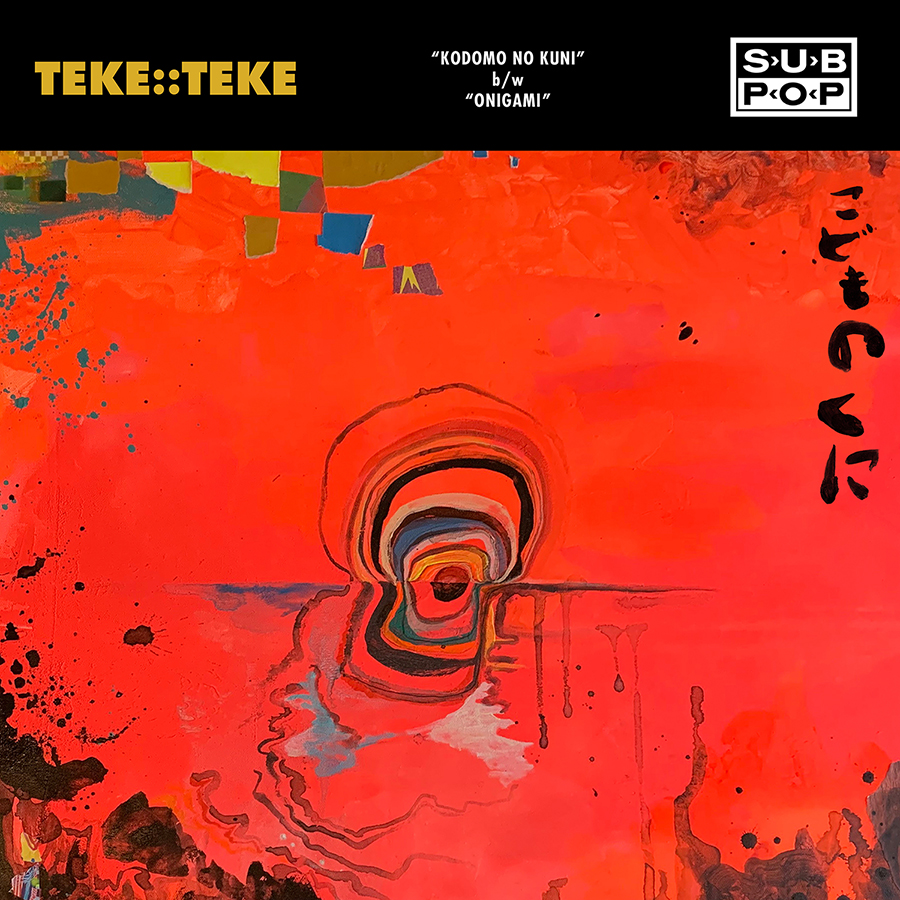 TEKE::TEKE is a unique beast; a seven-piece band featuring traditional Japanese instruments, flute and trombone alongside raging guitars and a pulsing rhythm section, creating a sound reminiscent of 1960’s and 70’s-era psychedelic Japanese soundtracks, with a frenetic, modern twist. Formed in 2018 for what was to be a one-off instrumental tribute show to Japanese instrumental guitar hero, Takeshi Terauchi, featuring covers of his like “Chidori,” which the band has since released, TEKE::TEKE quickly found their original sound with the addition of the charismatic actress, visual artist and vocalist Maya Kuroki. Kuroki is accompanied by guitarists Serge Nakauchi Pelletier & Hidetaka Yoneyama, bass player Mishka Stein, drummer Ian Lettre, flutist Yuki Isami, and trombone player Etienne Lebel. “Kodomo No Kuni” is a tightly wound, funk-infused psychedelic fuzz-guitar romp, with Kuroki’s vocals providing a fittingly haunting vibe. B-side “Onigami” is a heavier rave-up, laden with pulsing rhythmic tension and wild howls of wind and guitar instruments. Their debut full-length is out in the spring of 2021 on Kill Rock Stars. 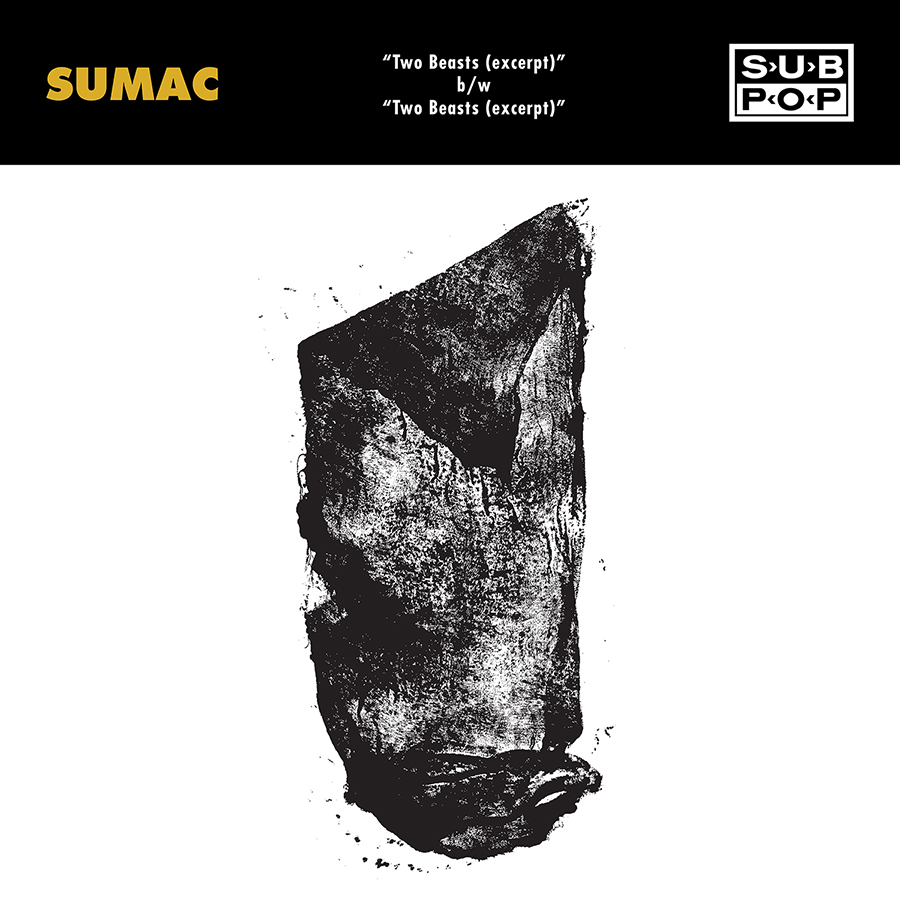 Pacific Northwest abstract-expressionist metallurgists SUMAC are known for their knotty, long-form explorations of the territory between chaos and cohesion. They vacillate between the visceral power of bottom-feeder metal, the instinctive spontaneity of free jazz, and the tactile pleasures of experimental music in a mélange of tightly wound riffage and aural deconstructions. One can’t help but wonder how their protracted dirges and drones could possibly be contained within the format of a 7”, but with their Sub Pop Singles Club Vol. 5 contribution we’re all set to find out.

“Two Beasts (excerpt)” spans both sides of the vinyl edition, and even then we’re only catching a glimpse of a longer composition. It may seem like a loss to learn that a third of the run-time for “Two Beasts” didn’t make it on the 7”, but SUMAC’s songs have always felt like snapshot of a fleeting moment where order arises out of entropy, so on the vinyl version we are merely experiencing that genesis and decay within a tighter timeframe. We can hear the entire 18+ minutes of “Two Beasts” on digital music platforms, where it lives as a single unedited song. “Two Beasts” is a fitting continuation of the sonic rise-and-fall documented on their latest album May You Be Held. 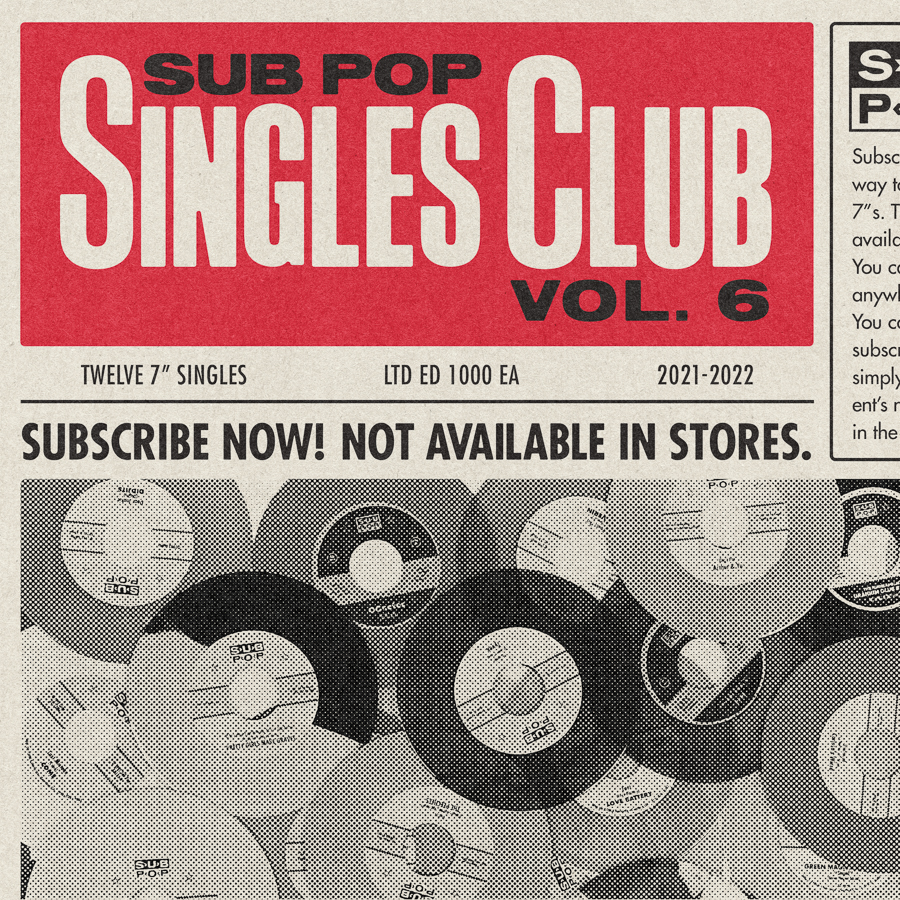 Also today, the Sub Pop Singles Club Vol. 6 is now open for subscriptions! The Singles Club Vol. 6 continues Sub Pop’s intermittent-yet-legendary series of limited-edition, subscription-only 7” singles by artists that we, and hopefully you, like. These 7”s will be limited to a mere 1,000 copies, and once they are gone, they are gone forever. This round will feature exclusive tracks from the king of filth himself, John Waters; Lids (feat. members of METZ, Holy Fuck, Constantines); Sheltered Workshop Singers and lots more TBA! Vol. 6 subscriptions are now available at the Sub Pop Mega Mart, and singles will ship bimonthly starting in April of 2021.