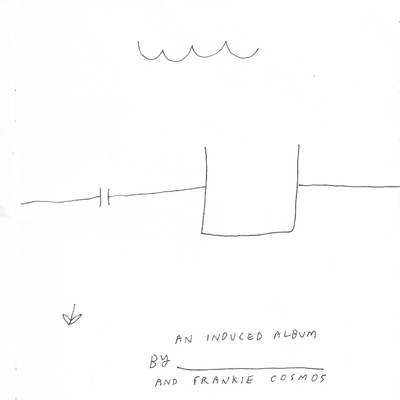 There’s no rest for Frankie Cosmos who have announced additional North American dates starting on September 13th in Baltimore, with shows in Durham, Atlanta, Austin, Detroit and Pittsburgh, ending on Oct 7th in their home of New York City. These dates will follow the band’s European shows in July & August and are in support of their latest release, Vessel. See below for a full list of shows.

Ever wonder what it would be like to co-write an album with a band? Now you have the chance to find out. Loosely inspired by conceptual artist, Sol LeWitt’s wall drawings, Frankie Cosmos front person, Greta Kline has created An Induced Album. Moved by the idea that LeWitt’s artwork can still be installed in new forms even after his death, Kline sought to create a version of this for her songwriting. “It’s the only thing I’ve ever made that I feel is incomplete until it is out in the world” says Kline. “Releasing recorded music is great, but I have never felt an excitement quite like this one– that once I release this, it really changes what it is. It’s not done until the audience participates, which really excites me (or actually, maybe it’s never “done”). It’s also very out of my control once I release it, unlike a finished recorded album, so that’s scary, but fun.”

You can access all the details to co-pilot your own Frankie Cosmos album at www.frankiecosmosband.com. 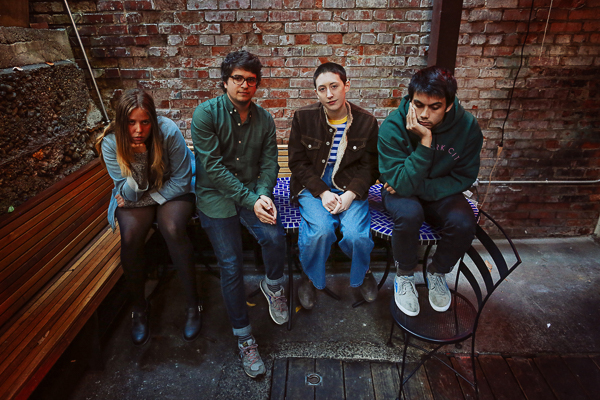 What The People are saying about Frankie Cosmos:
“It’s a dreamy rock album with lyrics that face unsatisfying relationships and inner turmoil with realism and flashes of warped humor.” [Vessel] - Paste

“The album is less about the epic poem of New York than about how the brain and the heart are connected by nerves and blood—less about Kline’s place in the world, than her place within herself.” [Vessel] - Pitchfork

Kline has a keen, quick grip on the back-and-forth of modern uncertainty, swinging high from triumph to low-lit sorrow. It’s why she’s such a comfort to return to.” [Vessel, 8/10] - Crack

“While intimacy has found a large pop audience in the social-media era […] Kline’s disclosures are striking because they feel genuinely homespun…nobody does it better currently”[Vessel, 4/5] - Q

“Completely enchanting, it’s further proof that the band are one of the best”  [Vessel] - Wonderland