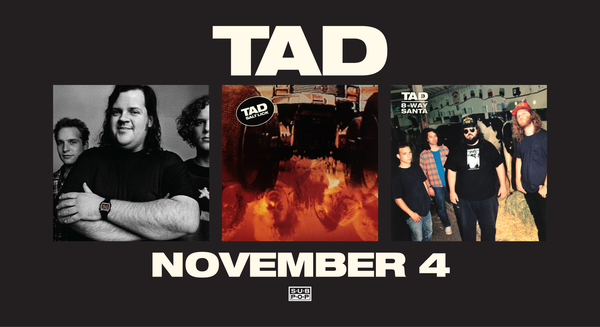 Yes, you read it right. We finally got our collective shit together and the long-unavailable, classic discography of beloved and iconic Seattle band, TAD – God’s Balls (1989), Salt Lick (1990), 8-Way Santa (1991), and assorted singles from the band’s 1988-1992 run – will finally receive the deluxe reissue treatment.

Producer & engineer Jack Endino (who produced God’s Balls, TAD’s first full-length) has lovingly remastered all of the recordings from the original tapes. God’s Balls, Salt Lick and 8-Way Santa will be available throughout the known universe on November 4th of this very year.

These deluxe editions of God’s Balls, Salt Lick, and 8-Way Santa feature new images from celebrated photographer Charles Peterson, bonus tracks, and expansive liner notes from the band and Jack Endino. The bonus material associated with each release will be included on the CD and digital formats; each of the the gatefold vinyl LPs will include that album’s bonus material as part of its free, associated download.

PLUS all of the bonus material, from all three of these monumental heavy rock/punk albums will be collected on an additional bonus LP available for free with purchase of all three (3) albums on vinyl from the Sub Pop Mega Mart [preorder (is advised) here] and also from select independent retailers.


New to the hard-churning world of TAD? Read all about it in the words of Tad Doyle himself right here, then further your education with these O.G. TAD videos: “Stumbling Man” (from Salt Lick) [watch here] and “Wood Goblins” (from 8-Way Santa). [watch here] 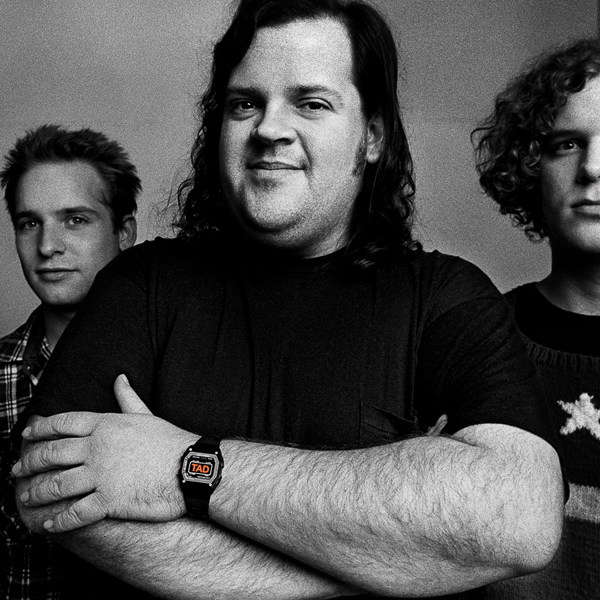 God’s Balls (1989)
God’s Balls, TAD’s punishing, noise-drenched debut album, was recorded with Jack Endino at Reciprocal Recording in Seattle in 1988 and released early the following year. In addition to their usual arsenal of guitars, bass, and drums, the band employed a variety of unusual instruments – an empty gas tank from a car, a hacksaw, a large brass tube from a microwave transmitter, CB radio mics, a cello bow used on cymbals to emulate guitar feedback – to thunderous effect, adding a Neubauten-esque clang to the band’s rock riffs. After releasing God’s Balls, TAD flew to Europe with Nirvana for both bands’ first European tour. The now-legendary, month-long tour took the bands to the UK, Ireland, Scotland, France, Belgium, Switzerland, Germany, Austria, Czechoslovakia, Hungary, Italy, Denmark and Sweden.

This reissue of God’s Balls features bonus tracks from TAD’s 1988 debut 7”, plus the previously unreleased “Tuna Car” from the 7” session. God’s Balls has been out of print on LP/CD for many years, and this is its first digital release. 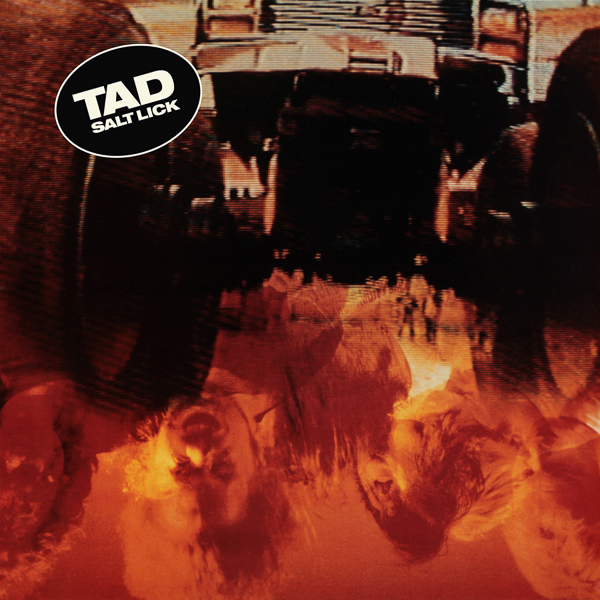 Salt Lick (1990)
After their 1989 debut album, God’s Balls, TAD continued to write and record, releasing a string of singles and the Salt Lick EP between 1989 and 1990. Salt Lick features the single “Wood Goblins,” the video for which MTV banned because it was, to the delicate eyes of MTV programmers, “too ugly.” The sounds of Salt Lick are, indeed, wonderfully ugly, thanks in part to the involvement of noise-rock technician Steve Albini (Big Black, Shellac, Nirvana, The Jesus Lizard), who recorded the EP. The band continued to release singles and gain momentum in the press. As TAD himself puts it: “Lyrically we had a lot of subject matter that was meant to be tongue-in-cheek from the beginning but that was presented by both Sub Pop and us as true-to-life. The press took it all seriously and began to feed on and ravenously devour the mythology we created.”
This reissue of Salt Lick includes tracks from the “Wood Goblins” single, a split 7” with Pussy Galore, and the “Loser” 7”. This material has been out of print on vinyl/CD for many years, and this is its first digital release. 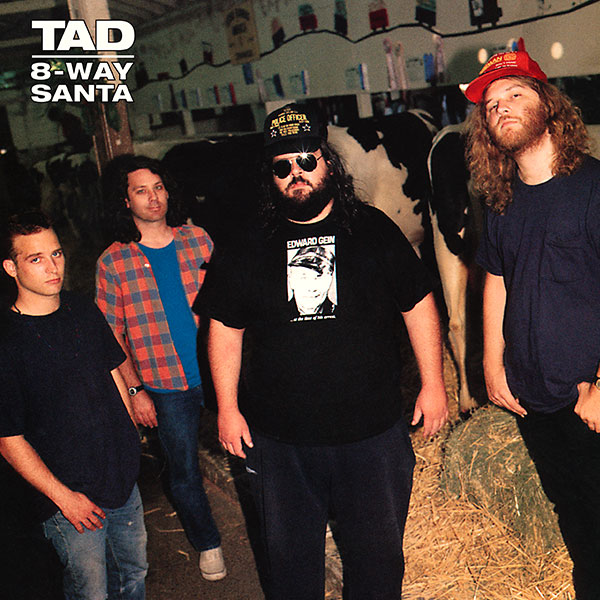 8-Way Santa (1991)
In 1991, after tens of thousands of miles on the road in support ofGod’s Balls and Salt Lick, and a run of powerful EPs/singles, TAD released their second full-length album, 8-Way Santa. Recorded at Smart Studios in Madison, WI with Butch Vig, whose work with Killdozer the band admired, 8-Way Santa finds TAD pushing their sound in new directions. Not a band to rest on its laurels, TAD began to add melodic touches to their sound, as evidenced by the lead single, “Jinx.” 8-Way Santa was the last record with the original TAD lineup, and their last album for Sub Pop before jumping to a major label.

This reissue of 8-Way Santa includes tracks from the “Jinx” single, a 1990 EP, and a handful of unreleased album demos recorded by Jack Endino. This material has been out of print on vinyl/CD for many years, and this is the first digital release for the bonus content.