In January 1988, shortly after leaving the band H-Hour, the band I had played drums in for many years, I went into Reciprocal Recording Studio with Jack Endino and recorded the first three songs I’d written solo. I played all of the instruments myself. Two of the songs, “Ritual Device” and “Daisy” were released on the first 7” in April. The third track, “Tuna Car” remained unreleased until now.

After the “Ritual Device” b/w “Daisy” 7” release, I decided to assemble a live band based on the musical direction I had taken. I was becoming good friends with the bassist from a band called Bundle of Hiss.  Enter Kurt Danielson.  We both had similar music tastes and would play shows together in our respective bands, me in H-Hour as the drummer and Danielson playing bass in BOH.  I was asked to join BOH as a second drummer but I really wanted to play guitar, so they added me as a second guitarist. BOH disbanded a few months later. Danielson and I decided that we wanted to continue to work together. We began to think of other musicians that would fill out the band.  I had a drummer in mind who had played in other Seattle area bands: Steve Wied. Steve’s band, Death & Taxes, was coming to an end and we both thought him a perfect fit for the band. Danielson knew of a guitarist who had played in a band with our mutual friend and Sub Pop co-founder, Jonathan Poneman. Gary Thorstensen was originally from Chicago and played guitar in the band Tree Climbers with Poneman. We asked Thorstensen to help create the framework of what would, later that year, become the first TAD LP, God’s Balls.  Naturally, we chose to return to Reciprocal to record with Endino. I already had an excellent working relationship with him and he engaged us and our ideas about the experimental aspect of the music we were making. I brought in some unusual instruments to the recording sessions: an empty gas tank from a car, a hacksaw, a large brass tube that was formerly part of a microwave transmitter a friend had given me in Boise. We also used a cello bow on cymbals to make a sound resembling guitar feedback. We also used some handheld microphones more traditionally reserved for citizens band radios.  Later that year we flew to Europe to play our first European tour with another Sub Pop band that you may have heard of.  The tour was a solid month long with only two days off for the duration and covered the UK, Ireland, Scotland, France, Belgium, Switzerland, The Netherlands, Germany, Austria, Czechoslovakia, Hungary, Italy, Denmark, and Sweden.

There were a lot of bands that we felt influenced by from the start of TAD and too many to mention them all here. But, one particular favorite of the TAD band was a group from Birmingham, UK called Head of David. Head of David had a chaotic, on-the-verge-of-destruction feel accentuated by a dark and dank, apocalyptic guitar tone. They forged together industrial/tribal machine-like drum motifs that seemed embedded with the industrial landscapes of Birmingham. Overcast skies, damp, cold, weathered factories, and the noise of the area had been hammered into their recordings. We learned that Steve Albini had captured this intensely hideous sonic beauty, this morass of belligerent filth. I was a fan of the things that Albini had been a part of musically and had mentioned this to Bruce Pavitt (co-founder of Sub Pop Records) who shared the same appreciation. Bruce said, “Why don’t you go record a record with Steve in Chicago?” We loved the idea, so we flew out to Chicago to record the songs for what became the Salt Lick EP. We were picked up at the Chicago O’Hare Airport by Albini in his car and ushered to his house. The next day found us at the Chicago Recording Co. studio. We spent almost two full days there tracking the songs we’d come up with since our debut LP. The songs had a different sound and feel as a result of Albini being involved but they were unmistakably TAD. We continued to expand and build on our foundational subject matter. We had been playing together as a unit long enough to accentuate our individual strengths, to solidify our sound as a unit. We had a lot of lyrical subject matter that was meant to be tongue-in-cheek from the beginning but that was presented by both Sub Pop and us as true-to-life. The press took it all seriously and began to feed on and ravenously devour the mythology we created.

Roughly a year later, after the release of Salt Lick, we had written a batch of new material. With already a few tours of the United States and two visits to Europe, logging tens of thousands of miles and hours on the road, we were more than ready to record the next full-length LP.

We were all fans of the band Killdozer. Their sound was such a refreshing take on what was defining the new heavy in independent music for us at the time. The drums sounded huge! The lyrical content and delivery were right up our alley, and we considered them our older musical stepbrothers. Again, we looked to see who had recorded some of our favorite listening material. Butch Vig had recorded many of the bands we loved and respected, and the Killdozer records were among those that compelled us to seek him out and ask if he would record our next record.  We loaded up the van again and made our way to the heart of the Midwest and into Madison, Wisconsin, a small college town full of educated, beat generation offspring hippies and pseudo-socialist cologne wearers. There we were greeted by Butch and ushered into his Smart Studios main room. Butch had an alarm on his wristwatch that went off at precisely 5:00pm daily. The sound would signify that it was time to take a break and go get a beer. We gladly obliged him and imbibed at a local tavern within walking distance of the studio and the university. We had a full album’s worth of songs and some rough ideas that we realized in Smart Studios. On a particular 5:00pm sharp lunch break, the rest of the band went to the pub with Butch while I stayed and fleshed out what became the song “Jinx.” As soon as the band returned from their lunch break I went over the structure with them and we tracked it right then and there. This was the first record that we entertained the idea of using melody in our music. It was time we did. We always wanted to stay fresh and push ourselves to keep pressing on creatively. We never wanted to be that band that kept making the same record over and over every time. There was no point in that. Many touring dates and shows followed the record. 8-Way Santa was the last record with the original TAD lineup.

Playing and creating the music we did together was a special experience that will stay with me for all the days that I remain on this earth. I learned so much from these guys… From Gary’s unique bent on the chords and rhythmic structures he would bring to his southpaw approach to playing a right-handed guitar, down to his song structure contributions… Kurt’s excellent command of the English language and the lyrical content he contributed, not to mention the authority and finesse he exhibited in his unique bass playing style, along with the girth and tone of his sound… Steve’s unconventional drumming with the swagger and skill of the old jazz greats, hanging ever so slightly back on the beat while still keeping steady tempos and aggressiveness… The power and technique that came so easily to him some drummers work a lifetime for and never fully realize. All of our personalities uniting to help support the musical vision we forged together was a process that I didn’t see while we were in it.

In retrospect, we were on to something that was greater than the sum of our individual parts and contributions. Looking back at all of the music and times we shared, it is evident we were a band that went through a lot together, and the synergy we had was the essence of what made our music stand alone as a distinct entity. Although the band had taken my name, it is clear that the music would not have had as much depth and impact if these particular comrades had not been involved. To this day, I will hear the things that Kurt, Gary and Steve added that provoke a heady visceral response in me. I am honored to have shared the times and roads traveled with these guys. 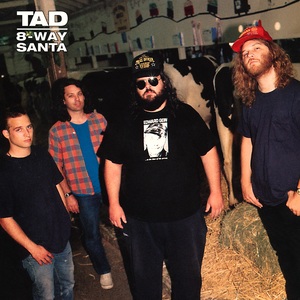