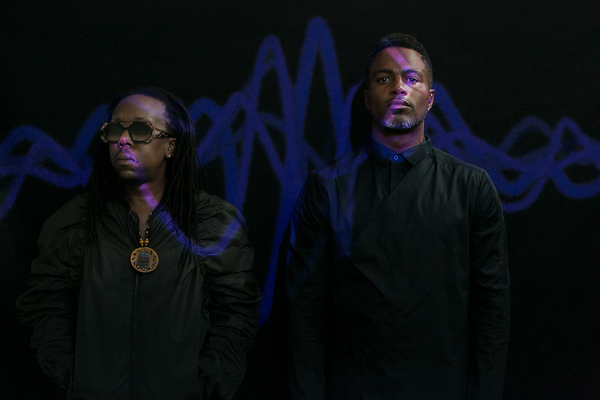 We’re thrilled to announce that Shabazz Palaces will join Radiohead as support on the group’s forthcoming Los Angeles shows. The performances will take place on Thursday, August 4th and Monday, August 8th at the Shrine Auditorium in Los Angeles.

These summer tour dates are in support of Lese Majesty, which is available for purchase on CD / 2xLP / CD from Sub Pop Megamart, iTunes, Amazon, Bandcamp, and an independent retailer near you.

Treat your eyes and ears to a sampling of Shabazz Palaces mind melting videos and music in this YouTube Playlist. 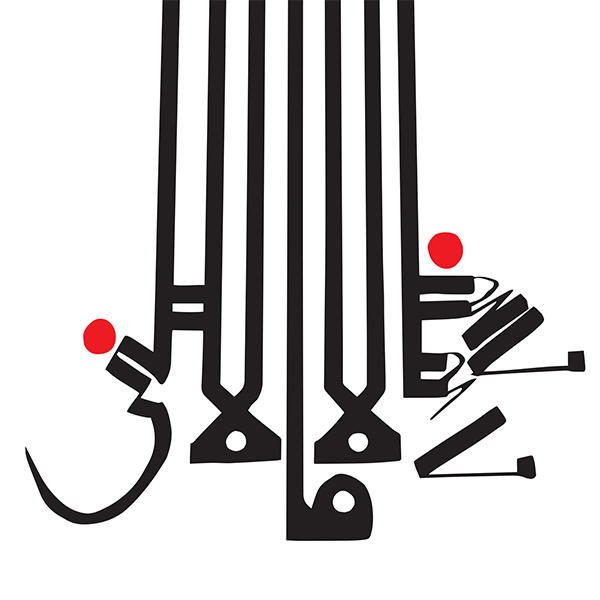 What people are saying about Lese Majesty:
Lese Majesty is Shabazz Palaces getting interstellar, a set of intricate, enigmatic, yet meaningful suites complete with an (initially) impenetrable multidimensional blueprint/map connecting it all in the liner notes. Beneath the visuals, the album contends with a strain of Afrofuturism that puts its faith in finding unities in contradictions and clarity in riddles (“I’m having my cake and I’m eating cake,” “facts stated to enhance what is pre-born,” “we try to unreproduce six tension intervals”), reconciling structure and formlessness, forethought and spontaneity….meter-defying breaks and tactile, synthesized bass-church/musique concrète production that turns human language into primordial elements of cosmic influence. It’s humbling stuff that urges you to dance but knows full well that, to do so, you’ll need to relearn new and better steps [50 Best Albums Of 2014] - Pitchfork

“Unlike their previous, also brilliant full-length Black Up, Shabazz Palaces’ new “sonic move” Lese Majesty is not necessarily conducive to absorption in small doses. The record is a massive, dense monolith, divided into suites that only start to make sense after countless repeat listens. It’s a bridge from rap’s beginnings in the early ’70s into its future — structurally, thematically, lyrically, sonically, all of it — that sounds so many light years ahead of everything else in the genre that its nods to the past only reveal themselves after one invests real time immersed in what we called “the impossibly deep, singular astral landscape” that the group has created.” [Album of the Year]  - Gorilla Vs. Bear

“With their second album, Seattle hiphop duo Shabazz Palaces unshackled Afrofuturism from cliche in order to present a holistic almost familiar worldview that the future is already here, before demanding an honest response to that revelation. Hua Hsu said:  Abstraction is only useful insofar as it shakes our reliance and this is what makes Lese Majesty’s primal futurism such a bewildering experience. Palaceer raps with secularity and conviction as all that was once solid melts into air - rules and codes vanish, leaving nothing but ghosts while beats dissolve into pretty colors.” [#7 / Albums of the Year] - The Wire 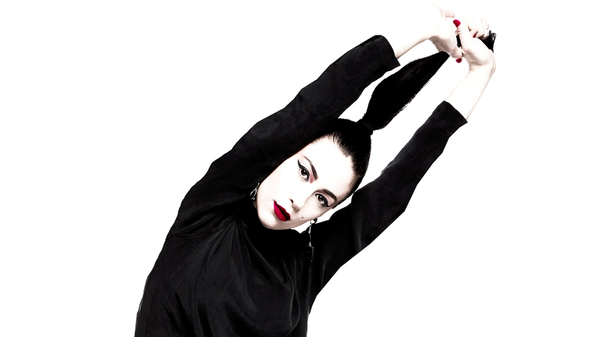 [Photo Credit: Jimmy Fontaine]
Today SPIN premiered KRISTIN KONTROL’s fabulous new track ”(Don’t) Wannabe” (listen here).
The song is off her forthcoming debut, X-Communicate, which comes out on May 27 via Sub Pop.
Kristin also announced her first set of tour dates HERE - with more to come soon.
What have They say about Kristin Kontrol? We’re glad you asked:
“It’s true enough to her roots to hit with fans, but fresh enough to cause a stir.” Entertainment Weekly
“Yes, this is a dance-pop record, but think a modern spin on Kate Bush’s The Hounds of Love, Siouxsie and the Banshees’ Tinderbox....very enjoyable listen…this album proves that it’s well worth keeping up with her output.” Under the Radar 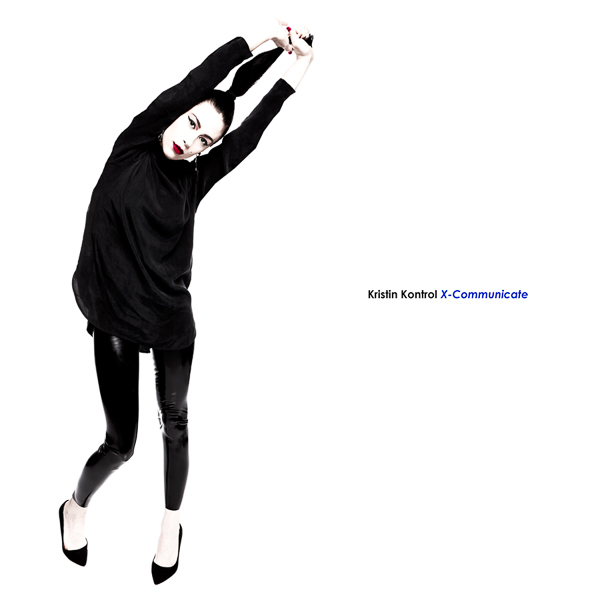 Goat’s “I Sing In Silence” b/w “The Snake of Addis Ababa” 7” single is now available in North America right here on Sub Pop, purchasable at our very fine Mega Mart store. The single is also available in Scandinavia via Stranded/Universal Sweden and rest of the world via Rocket Recordings.

Last year Goat released the single “It’s Time for Fun” which saw the band experimenting with drum machines, which brought a different pulse to their tribal psych. This desire to explore new sounds continues with their new single “I Sing in Silence.” But instead of plugging in new instruments the band have unplugged and created an addictive groove with mostly un-amped, acoustic instruments.

Elastic guitar lines, woodblock percussion, and flutes which drive the song are enveloped by one of the strongest vocal deliveries by the bands enigmatic singers, resulting in a powerful and catchy psych-pop number.

The B side, an instrumental called “The Snake of Addis Ababa,” is a looping, North-African mantra played on a teasing, fuzzed guitar, underpinned by a djembi groove. The repetitive riff is disrupted by piano that freely solos over the groove, and a pounding drum lifts the song to a seriously head-nodding conclusion.

This single is further proof that, in a world of similar sounding and similar looking psych bands, Goat are standing completely out on their own and we are all the better for it.

This summer the band will be busy writing, recording, and blowing people’s minds across Europe’s greatest stages. 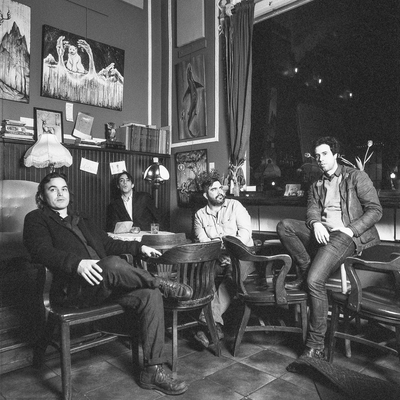 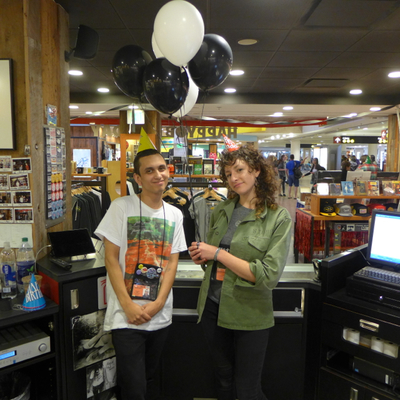 May 1st. A day that is already full of holidays. Maybe you have spent prior firsts of May celebrating spring, erecting a maypole, and dancing in neo-pagan fertility rituals. Or perhaps you’ve been an ardent observer of International Workers’ Day, taking part in street marches and demonstrations (but maybe/hopefully you can agree with me that we should cut out of some these less imaginative pursuits.)

But now you can add another celebration to May 1st: The birthday of the Sub Pop Airport store! We are happy to share a birthday with fellow May Day babies like Jules Breton, Terry Southern, Judy Collins, Wes Anderson, and Jay Reatard, but I believe Sub Pop chose May 1st as our inauguration date because ‘mayday’ is an international signal for distress. And if a record label opening a store in an airport isn’t a cry for help, I don’t know what is!*

In typical Sub Pop fashion, May 1st flew right by us on a Sunday last week (“Where the hell did May come from? It was April just yesterday”- me). It then took us a week to figure out how to properly commemorate our 2nd birthday. Eventually, plans were made, and we decided to bring a little festive spirit to the airport on this most recent Monday afternoon, May 9th 2016.

Thank you to all the loyal customers who happened to be flying through Sea-Tac Airport bought plane tickets just to make it to our birthday party. Thank you to the members of the retail staff that took turns DJing their favorite Sub Pop singles. Without further ado, here is photographic evidence that we celebrated our 2nd birthday and delivered on all those promises we made earlier. 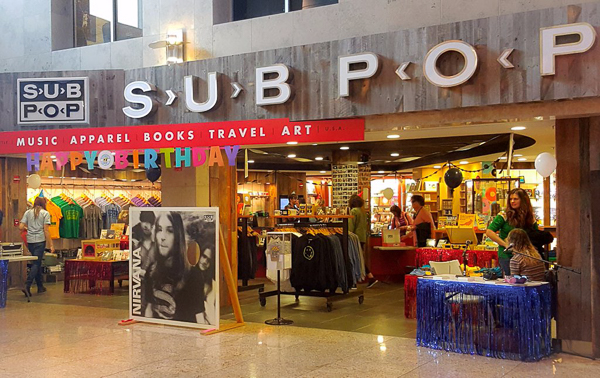 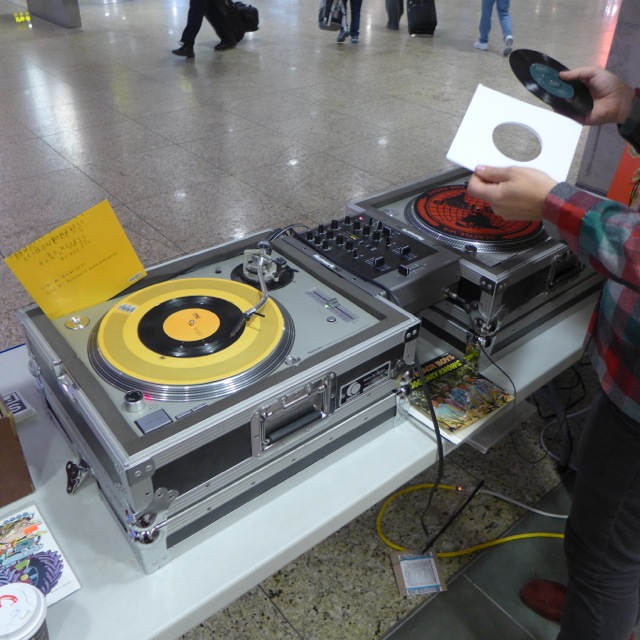 (Behind the decks with DJ Hookups) 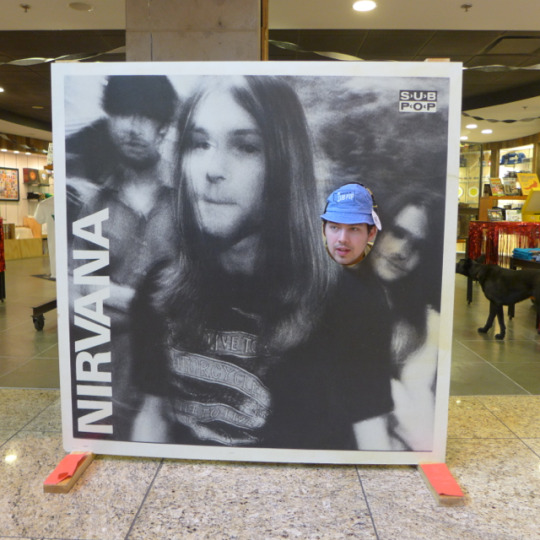 (The store is currently holding auditions to join (this cut-out of) Nirvana. Do you think you have what it takes?) (Here’s artist/illustrator Stacey Rozich, whose artwork can be found on the latest Father John Misty album, getting her photo taken at the store.) 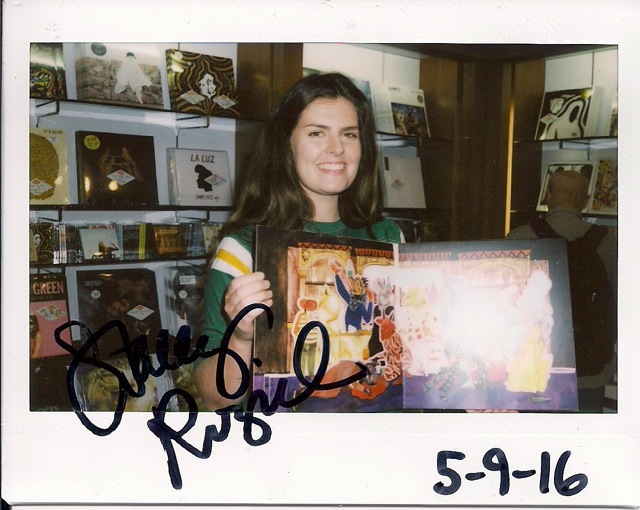 (Our newest addition to the polaroid wall. Thanks, Stacey!) 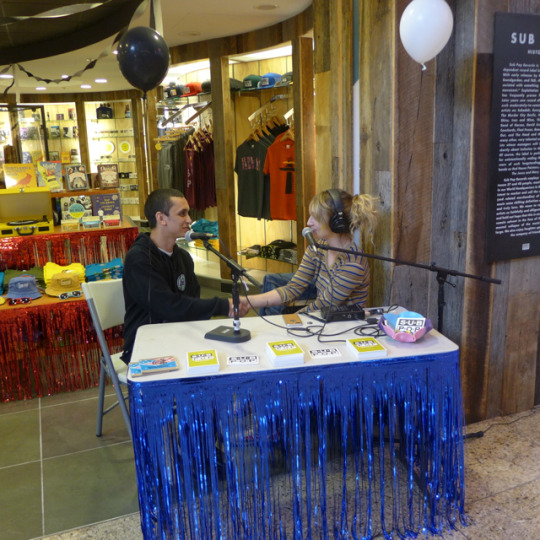 (A visual sneak-peek of the Sub Pop Podcast, recording for Season 2 at the airport.) 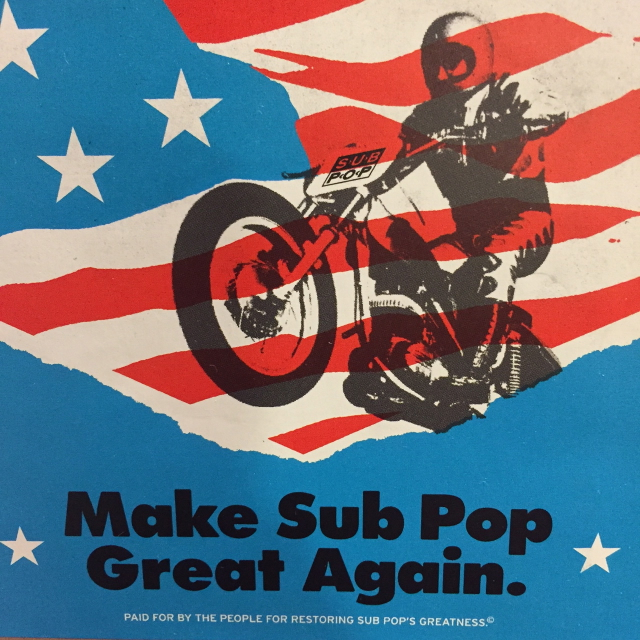 (A free CD sampler, still available while supplies last. With your help, and patronage at our airport store, we can Make Sub Pop Great Again.)

*just some of that good ol’ patented Sub Pop Sarcasm for you! I love my job and kiss the ground that my overlords walk on. 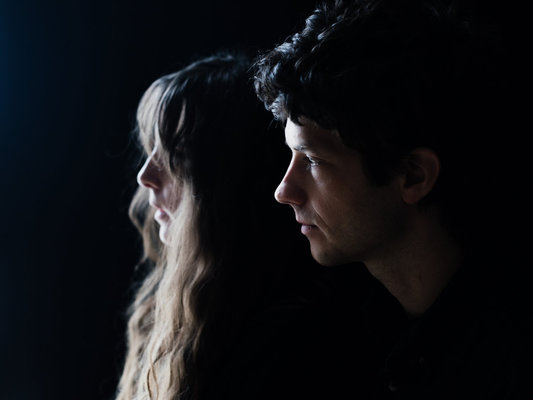 Beach House have added new U.S. headlining club and theatre shows to their 2016 international summer tour schedule in support of their recent albums Depression Cherry and Thank Your Lucky Stars.

All of these dates will be on-sale Friday, May 13th with the exception of the July 11th show at the 9:30 Club.  That show will go on-sale Thursday, May 12th at 10am EST. For more information on where to purchase tickets, please visit beachhousebaltimore.com.

Additionally, European and U.S. festival highlights for the summer include: Primavera Sound in Barcelona on June 3rd and in Porto, PT on June 10th; Best Kept Secret in Hilvarenbeek, NL on June 17th; a headline performance at Pitchfork Music Festival on July 15th; San Francisco’s Outside Lands on August 5th; Pickathon in Happy Valley, OR on August 7th;  Eaux Claires in Eau Claire, Wisconsin on August 12th-13th; FYF in Los Angeles on August 28th; And the just added Hopscotch Festival performance in Raleigh, NC on September 9th. (complete listing below.) 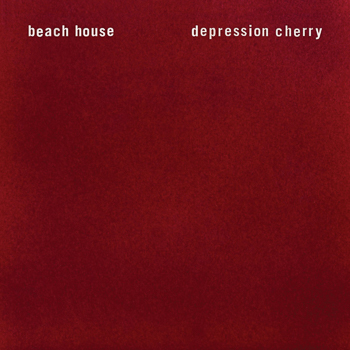 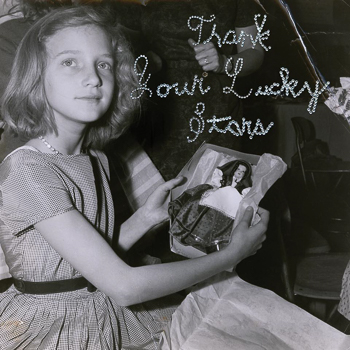 Beach House’s Thank Your Lucky Stars and Depression Cherrywere recorded during the same two-month span, and produced by the band and Chris Coady at Studio in the Country in Bogalusa, Louisiana. Both albums are available now in North America from Sub Pop, in Europe from Bella Union and in Australia from Mistletone.