Georgian rippers Arbor Labor Union have shared their self-directed, official video for “Volume Peaks” - an illuminating track from I Hear You, their Sub Pop debut - watch it now by way of The A.V. Club.

The band had this to say of their surreal new visual: ”Four elemental entities take human form and instinctively set out in search for one another.  Once the merry band is together, they fall deep into a dream of shared vision.  They awake again with clear purpose and directive. They set out to attain their grandiose mission (see video premiere May 18th).”

Arbor Labor Union’s U.S. tour in support of I Hear You, is currently underway, with a show tonight, May 18th in Philadelphia, PA at Kung Fu Necktie. The tour ends Friday, June 17th in Athens, GA at the 40 Watt. Highlights for the tour include: New York’s Mercury Lounge on Thursday, May 19th; Chicago at Schubas on May 24th; Minneapolis at 7th Street Entry on May 26th; And June 8th at Bootleg Hi-Fi in Los Angeles.  (complete dates below.) 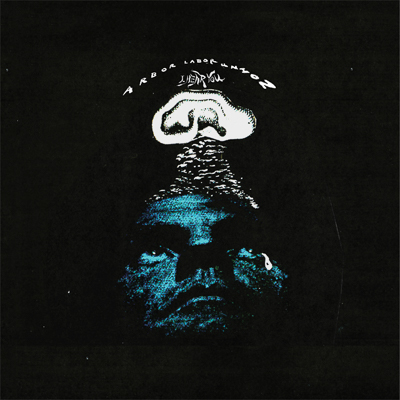 Arbor Labor Union’s I Hear You is available right this very minute via Sub Pop Mega Mart, iTunes, Amazon, Google Play, Bandcamp and independent record shops near you, and we still have a few copies of the limited “Loser” edition on pink vinyl for you in the Mega Mart.

May 21 - Buffalo, NY - The Leopard Lounge at Town Ballroom

Ticket links can be found in this place.

Pittsburgh punks The Gotobeds just shared new track “Bodies,” taken from their upcoming album Blood // Sugar // Secs // Traffic. The last song to be recorded from the album, “Bodies” was written after the band joked that it lacked a “hit”. Well… here that hit is! Now wrap yer ears around this infectious two and half minute anthem.

NME had these fine words to say of the track:  “Playing the kind of educated punk that Dead Kennedys and The Dead Boys helped push overground, their forthcoming Sub Pop record ‘Blood // Sugar // Secs // Traffic’ is an enthralling, engaging listen. Singer/guitarist Eli Kasan’s delivery is half-spoken, half-sung, but always with a keen sense of ‘kiss this’ nihilism in his tight-chested proclamations. He may snarl, but he’s never cartoon punk.”

Blood // Sugar // Secs // Traffic also features previously streamed tracks ”Real Maths/Too Much“ and ”Brash Not Rash’” and will be available on CD/LP/DL/CASS worldwide on June 10th.  The album is now up for pre-order at Sub Pop Mega Mart, iTunes, Amazon, Google Play, Bandcamp, and at independent retailers near you. LP pre-orders will receive the limited “Loser” edition on baby poop yellow.

The follow-up to their 12XU debut Poor People Are Revolting, Blood // Sugar // Secs // Traffic masterfully balances raucous energy with intelligence and integrity. Having previously shared stages with the likes of The Replacements, Total Control and Protomartyr, The Gotobeds will tour the US and Canada in support of the album release in June and July.   See a current list of tour dates right over here. 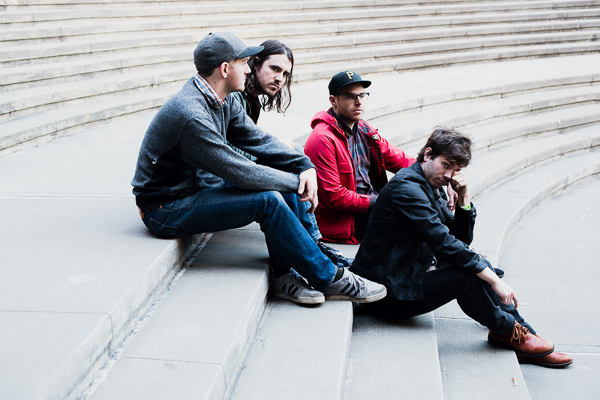 More on The Gotobeds by Protomartyr’s Joe Casey:
Hey, what’s this? Well that, my friend, is the newest album from The Gotobeds, entitled Blood // Sugar // Secs // Traffic. It’s their second full-length LP and their first for Sub Pop. Whoa, whoa, please slow down. I’m already completely lost. What you just said sounded like a stream of complete gibberish. Okay, I’ll lay it out for you and if you have any questions could you yell them at me? SOUNDS GOOD. The Gotobeds formed vaguely around 2009 in Pittsburgh and play a mutant strain of rock music that is often filed under punk, indie rock, or 99-cent discount bin. WAIT, THE GOTOBEDS? I HEARD THEY WERE KNUCKLEHEADS! Only if the knuckle is the part of the human body that contains the brains. Much like their previous releases on underground stalwart labels like Mind Cure and 12XU, this new album artfully slips intelligence and experimentation into a dying art form. It’s a harder feat than you’d think [read at Sub Pop].

Kyle Craft’s acclaimed debut album Dolls of Highland is only three-ish weeks old and yet he already has his first music video in the can. And I’ll tell you what, this can in particular is worth the watch.  As with the album, the video leaves no room for disappointment.

The saucy new visual was co-directed by Craft and Tyler Bertram, and Craft had this to say of the process: “The video just fell into my lap in a lot of ways.  I wanted something quick with a candid feel to it.  One of my roommates was having his annual drag birthday get together and it seemed like the story would sort of write itself if we just started shooting.  I feel like we approached this in the same way I approached the album… Hit record, see what happens.”

Kyle Craft’s late spring U.S. tour in support of Dolls of Highland resumes tonight, May 19th in San Francisco at the Independent and currently ends May 30th in Salt Lake City, UT at Kilby Court. Along the way, he’ll support Fruit Bats (May19th-25th) and share the stage with label mates Arbor Labor Union (May 29th). Additional live dates will be announced shortly.  (complete dates below.)

Dolls of Highland is currently available on CD / LP / DL / CASS from Sub Pop Mega Mart, iTunes, Amazon, Google Play, and Bandcamp. The limited “Loser” edition on pink with black-swirled vinyl while sold out via the Megamart, is still available at shows on tour and at independent retailers near you (while supplies last). 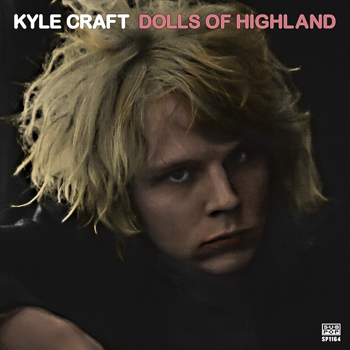 May 26 - Shreveport, LA - Bears on Fairfield

Find ticket links in this place.