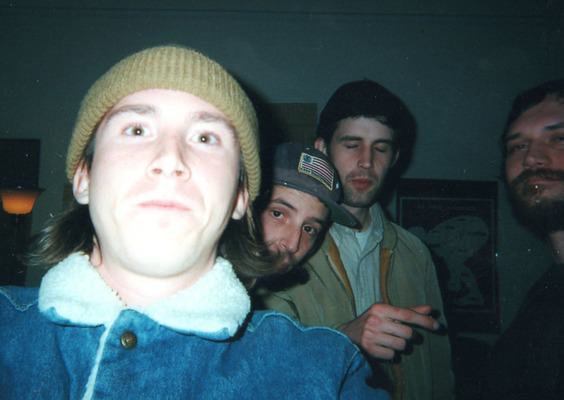 [Photo Courtesy of the Artist]

Sub Pop is pleased to announce the signing of Arbor Labor Union, the Athens/Atlanta, Georgia band, who will release its label debut worldwide in the spring of 2016.

You can hear various singles from their LP Sings For You Now right over here.

More on Arbor Labor Union:
Once upon a time rock n roll music was insane. Several times before you have heard and perhaps proclaimed that “music is the truth.” This band called Arbor Labor Union honors this notion. I’ve been in an audience and seen them sneak their music close to the truth. The atom has reviewed their songs and said “this band speaks to the core” and “on this we are not divided”.

Guitar player Brain Atoms always wears green and taps his foot to the stage in hopes it turns into a porch. Bass player Ryan Evers pumps the tonal artery and stirs the cosmic dirt with his welcome grin. Singer and Guitar player Bo Orr sings the wisdom of unknowing and kicks through blind dimensions. Drummer Ben Salie invokes the shaman beat and whips layers of lava lamp cymbal vibrations. All of these men have agreed and that is beautiful. If you pay attention, you might notice all of their songs are about their songs, and that is beautiful. They believe in handshakes, repetition, and friendship. They are lifelong friends, and they play that sound.

What people are saying about Arbor Labor Union (fka Pinecones):
“Listening to the interplay between physical, spiritual, and musical existence hammered out across these 11 tracks is one of the most challenging, intriguing tasks I’ve undertaken this year. Few albums demand your attention and interaction the way Sings For You Now does.” - Stereogum
“It’s not so much a sounds, there’s no twang or drawl, but an attitude. Their dooming riffs and impassioned rambles carry smolder like the heat of the southern sun.” - Consequence of Sound

“I’m not sure how to describe the group’s raspy, repetitious rock and roll other than to say it is no goddamn joke. It’s also tremendously exciting. The songs on Play Cosmic Hits cull from bands like Lungfish, Wire and The Ex but feel exhilaratingly fresh” [Pinecones Play Cosmic Hits] – Flagpole Magazine