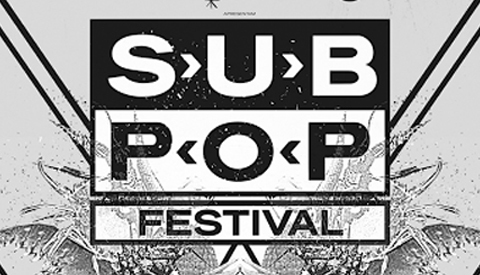 Brazil’s first-ever Sub Pop Festival, featuring Mudhoney, METZ and Obits will take place in May of 2014. A screening of the Mudhoney documentary film I’m Now, followed by a panel discussion with members of Mudhoney and METZ, and Sub Pop General Manager Chris Jacobs will kick off the event in Brazil. Preceding all of this, Mudhoney and METZ will make Sub Pop Festival stops in both Chile and Argentina.

Construtora Música e Cultura and Inker Agência Cultural are honored to announce the very first SUB POP FESTIVAL, in Sao Paulo (May 14 and 15) and Goiania (May 16, as part of Festival Bananada), following appearances in Santiago, Chile (May 10), and Buenos Aires, Argentina (May 11). Founded in 1988 by Bruce Pavitt and  Jonathan Poneman, SUB POP RECORDS set out to bring new independent bands from Washington State to international attention. In less than four years, SUB POP became known around the world, with early releases by Nirvana, Soundgarden and Mudhoney, putting Seattle on the global map. Celebrating its 25th anniversary in 2013, the label has gone on to help shape the world of underground rock and make important inroads into popular culture.

Sub Pop Festival organizers worked in close collaboration with the label to bring all three of this year’s artists to South America. For this first edition of the SUB POP FESTIVAL, the bands chosen represent the timeless appeal of the more raucous end of the Sub Pop spectrum: the seminal super-fuzz of Seattle’s Mudhoney, the loud and ecstatic noise-rock of Toronto trio METZ, and the melodic and muscular indie/garage rock of New York’s Obits.

Mudhoney also celebrated their 25th anniversary in 2013 and this will be their sixth time in Brazil. Frequently referenced alongside Nirvana, Sonic  Youth and Pearl Jam (Jeff Ament and Stone Gossard played in Green River with Mark and Steve from Mudhoney some 30 years ago), Mudhoney has more releases on Sub Pop than any other band. Their latest album, 2013’s Vanishing Point, shows them as sharp and fervent as ever.

While Mudhoney are Sub Pop veterans, Toronto power trio METZ are new-comers with teeth. METZ’s 2012 self-titled debut was described by The New Yorker as, “…a punishing, noisy, exhilarating thing, a deeply impolite racket that will only sound better live…” And The Guardian offered, “…a crush collision of Beatles melody and Big Black attack.”

Obits are a 4-piece band from New York who share members with bands such as Hot Snakes, Edsel, Drive Like Jehu, and Girls Against Boys. They have released three full-length records on Sub Pop, the latest of which is the 2013 release Bed & Bugs. They have been described as “…one of America’s mightiest, smartest rock bands playing at peak power” (by Exclaim!). Obits will perform at the two Sub Pop Festival events in Brazil only.

Mudhoney, METZ and Obits will play at Audio Club, São Paulo on May 15th, and also in Goiania, as part of Festival Bananada 2014 on May 16th. Mudhoney will also play in Uberlandia May 13th at Club Lounge for fans in Minas Gerais State.

May 14th fans are invited to a screening of I’m Now: The Story of Mudhoney, the documentary film covering Mudhoney’s journey from beginning to the present day. After the screening at Cine Olido, Mudhoney’s Mark Arm and Steve Turner, Chris Slorach from METZ, and SUB POP’s General Manager Chris Jacobs will discuss music, their experiences in their respective bands, and the label’s past, present and future with those in attendance.


Chris Jacobs by Chris Jacobs:
“Chris is the General Manager for Sub Pop Records, the Seattle record label perhaps most well-known for unintentionally ending the recording careers of such longstanding and excellent bands as Sleater-Kinney, Dead Moon and The Jesus and Mary Chain. Hired at Sub Pop in 1997 as Tour Publicist, during the functional equivalent of a managerial shift-change, Chris has since failed upwards into a wide range of positions, including: Advertising Director, Publicity Director, Marketing Director, Editor-in-Chief, and Senior Director of Special Projects. He also serves or has served as A&R representative for METZ, Beach House, Mudhoney, the Constantines, Grand Archives, Kinski, Low, Obits, The Baptist Generals, and Retribution Gospel Choir. Chris is responsible for such little-known slogans as “Going Out of Business Since 1988,” and “Podfisting Our Way to Your Blog, or Whatever,” as well as the label’s much-ignored 1999 “LP3” initiative. Prior to working at Sub Pop, Chris handled marketing and publicity for the alternative comics publisher Fantagraphics Books.”