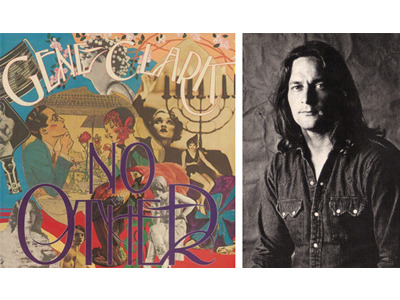 Alex Scally & Victoria Legrand of Beach House pulled together a group of musicians that could be described as nothing short of a “supergroup” to perform the legendary Gene Clark’s lost classic No Other January 22-26, 2014! This “supergroup” consists of Alex and Victoria from Beach House, Robin Pecknold (Fleet Foxes), Daniel Rossen (Grizzly Bear), Hamilton Leithauser (The Walkmen), Jenn Wasner (Wye Oak), Iain Matthews (Plainsong/Fairport Convention), and more! That’s right, even MORE than that. If you’re not already familiar with Gene Clark’s No Other, you’re in for a treat. Even if you already know alllll about No Other, you’re still in for a treat—treats all around!

Here’s a little more info about the shows, dates, and record.

Watch the trailer for The Byrd Who Flew Alone: The Triumphs and Tragedy of Gene Clark.

“How could a record this good, this gorgeous, this inspired exist for almost 20 years without you even having heard of it?”—Melody Maker (1995)

“I really consider No Other a great album myself, I’m very proud of it. But I was very disappointed and let down after its release that it didn’t go any further than it did—and I don’t even know all the reasons.”—Gene Clark

Gene Clark was a founding member of The Byrds, one of the most influential bands of the 1960s. After leaving The Byrds, he released numerous solo albums throughout the ‘60s, ’70s, and ’80s, before his death in 1991. Though we generally love all of his music, we are most infatuated with his 1974 record, No Other. It feels like a special moment in Gene Clark’s songwriting. At first, the overdone, studio nature of the album feels overbearing: the electric violin, the female chorus, the bass riffs, the layered guitar sequences. However, with more listens, Gene Clark’s very unique lyrics, voice and spirit become the central focus. It’s one of those records where each time you listen, you love a different song the most. Every song is nuanced and amazing in its own way.

When No Other was released in September of 1974, it received a lot of bad reviews, most criticizing its studio excess. There was also a general lack of support from the label as they saw the record as not having any “hits.” Ultimately, the album came to be seen as a critical and commercial failure. Therefore, a lot of people of its generation don’t really know the record. Throughout the years since, many have dug the record up and fallen in love with it. We are certainly two of those people and we hope that the tour we are organizing to play the record live will spread awareness of the album even more.

The show will consist of the entire record played, note for note, from start to finish. Gene Clark’s lead parts will be sung by four singers that we admire very much: Robin Pecknold of Fleet Foxes, Daniel Rossen of Grizzly Bear, Iain Matthews of Plainsong/Fairport Convention, and Hamilton Leithauser of The Walkmen. To be able to play each part on the album, we are assembling a ten-person band and chorus comprised of musicians we know in Baltimore, including members of Lower Dens, Wye Oak, Celebration, and Mt. Royal. We feel incredibly excited and lucky to be working with such a stellar group of singers, friends and musicians (listed below), without whose help, this complicated and unconventional tour would never be possible.

A special edit of Four Sons Productions’ new documentary, The Byrd Who Flew Alone, focusing on No Other, will precede these performances, providing more insight into the story of the making of No Other.

DJ BLT, aka Brad Truax (Soldiers of Fortune, Black Mountain, Spiritualized), will open the night with a set of No Other-related ’70s music.

Thanks for reading,
BEACH HOUSE