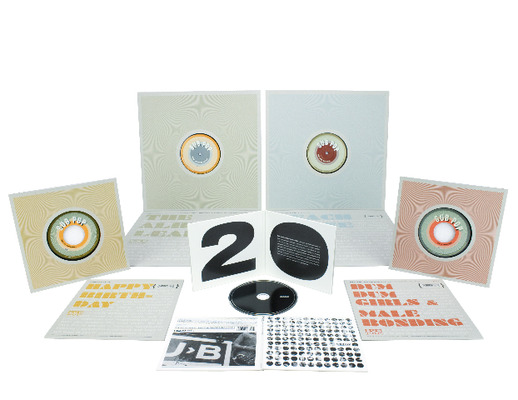 Record Store Day (RSD) 2010 is this Saturday, April 17th. To get you in the mood we have put together a an embeddable SoundCloud playlist featuring select tracks from the seven different limited edition RSD Sub Pop releases. Be warned, this playlist will only be available until Monday, April 19th! A complete list of releases and in-store performances provided below. Cick here for a list of participating stores.

Soundgarden “Hunted Down” 7” Reissue (sp12a)
This reissue of a Sub Pop classic was arranged specially for Record Store Day. “Hunted Down” was released in June 1987 as the band’s first single and was later available on Screaming Life. This single is pressed on translucent orange vinyl. The original, now a Soundgarden collector’s item, was pressed on blue vinyl. (4,575 copies)
Side A: “Hunted Down”
Side B: “Nothing to Say”

CocoRosie “Lemonade" 7” (sp884)
The A-side to this limited-edition single is an edit of one of the stand-out tracks from the new CocoRosie album Grey Oceans and the B-side is the band’s cover of the Beach Boys’ classic “Surfer Girl.” Grey Oceans, CocoRosie’s Sub Pop debut (and fourth full-length album overall) will be released on May 11, 2010. Watch a ““Smokey Taboo” trailer from Grey Oceans. (1,000 copies)
Side A: “Lemonade”
Side B: “Surfer Girl”