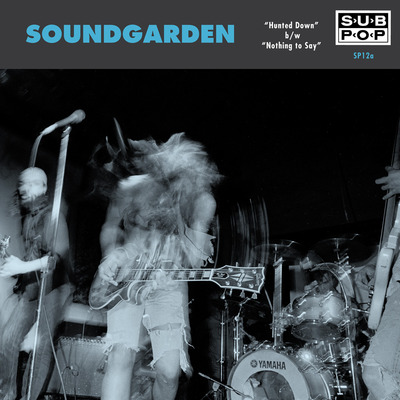 IN HONOR OF THIS SPECIAL DAY, SUB POP RECORDS WILL RELEASE A MARVELOUS RANGE OF MUSIC PRODUCTS, AVAILABLE ONLY IN PARTICIPATING RECORD STORES

Originally conceived in 2007 as a celebration of the unique culture surrounding over 700 independently owned record stores in the USA, and hundreds of similar stores internationally, the first Record Store Day took place on April 19, 2008. Now celebrated the third Saturday every April, it’s the one day each year that all of the independently owned record stores come together with artists and labels to celebrate the art of music. We at Sub Pop Records have put together a whole raft of releases (seven in all!) to help entice people into record stores to enjoy the many pleasures offered there. Each destined for future collector’s item status, the Sub Pop Record Store Day 2010 series of releases is sure to appeal to the minor OCD tendencies of every true music enthusiast. To find a participating store, go here.

Soundgarden “Hunted Down” 7” Reissue (sp12a)
This reissue of a Sub Pop classic was arranged specially for Record Store Day. “Hunted Down” was released in June 1987 as the band’s first single and was later available on Screaming Life. This single is pressed on translucent orange vinyl. The original, now a Soundgarden collector’s item, was pressed on blue vinyl.
Side A: “Hunted Down”
Side B: “Nothing to Say”

CocoRosie “Lemonade" 7” (sp884)
The A-side to this limited-edition single is an edit of one of the stand-out tracks from the new CocoRosie album Grey Oceans and the B-side is the band’s cover of the Beach Boys’ classic “Surfer Girl.” Grey Oceans, CocoRosie’s Sub Pop debut (and fourth full-length album overall) will be released on May 11, 2010. Watch a ““Smokey Taboo” trailer from Grey Oceans.
Side A: “Lemonade”
Side B: “Surfer Girl”

SP20: Casual Nostalgia Fest CD (sp879)
We at Sub Pop Records celebrated our 20th anniversary in 2008 with, among other things, a 2-day music festival July 12th and 13th at Marymoor Park, somewhat unimaginatively called SP20. We’ve collected here some of our favorite performances from the SP20 festival. Sub Pop will be donating all of the profits from the sale of this CD to the Clinton Bush Haiti Fund