Making her Sub Pop debut with the mesmerizing Up and Away, the Athens-based painter, visual artist, and performer Σtella (with a sigma) presents a vintage-flecked pop paean to the pangs and raptures of love. Exploring growth, change and her personal and musical journey so far, it proves Heraclitus was right; you never step in the same river twice.

“There were one or two interesting things going on in my life, but we won’t be going into those…, I was in a very emotional state at the time,” she says.

Following recent self-produced LP, The Break (released on Montreal’s Arbutus Records - Grimes, Majical Cloudz, Doldrums), Up and Away is a record of two halves moving between an all-consuming affair and deeper love. Σtella’s honeyed vocals are offset by dizzying blasts of Christos Skondras’ bouzouki improvisation and Sofia Labropoulou’s dreamy kanun, whilst vintage drums and bass are particularly foreboding on ‘Another Nation’ which has all the bravado and confidence of an artist who is happy to be stepping out. With a dewy whistle, “Titanic” describes a journey to the unknown and recites names (John Borie, Laura Mae) from a list of survivors of the sunken ship, before ‘The Truth Is’ leaps forward to acceptance (“alright, but still I miss you every night.”), ‘Who Cares’ topples into a boozy coping mechanism (“in a bottle we all fell”), and closes with the reflective ‘Is It Over.’

Σtella Announces Sub Pop debut Up and Away Out Worldwide on June 17; Watch The Official New Video For The Title Track “Up and Away” 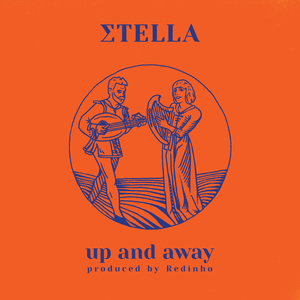