Daughn Gibson of Carlisle, PA is a singer, songwriter and musician possessed of a singular and strange vision. Carnation is the latest exhilarating and dark embodiment of that vision. It’s also his third album. It’s an album that’s more elegant and sophisticated than anything he’s done to date, and which sees the elements of country music, more prominent on his past records (the 2012 release All Hell on the White Denim label and Sub Pop’s 2013 release of Me Moan), undone by ambient textures and sounds to extraordinary effect.

Shot through with a deep sensuality, Carnation is a high-wire balancing act, at times sexual, emotionally intense and comforting. The album features Daughn’s strongest songwriting yet, with lyrical subject matter that shares a kinship with writers Raymond Carver and Donald Ray Pollack. The music here combines with those lyrics to widescreen effect, and Carnation feels filmic in its execution: It evokes, and in many ways pays homage to, the works of Tim Burton, Pier Paulo Pasolini, and John Waters.

Carnation’s most pervasive theme might best be described as the chaos of circumstance and the 11 tracks here tell related stories. In “Bled to Death,” Daughn passes away and laments the cruel hand dragging him back to earth.  On “Daddy I Cut My Hair,” a young man recently released from a mental health facility desperately searches for sexual intimacy. “A Rope Ain’t Enough” follows the story of an ambivalent man suddenly awaking to the disease of masculinity, and formulating a plan to eradicate it. “It Wants Everything” is written from the point of view of a drunk and belligerent “jester of circumstance”. Then there’s the addictive lead single, “Shatter You Through,” which happens to detail a moment of peaceful sleep broken by the alarm clock toll of dread and sadness, but proves to be one hell of an earworm. 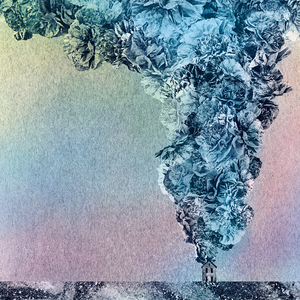