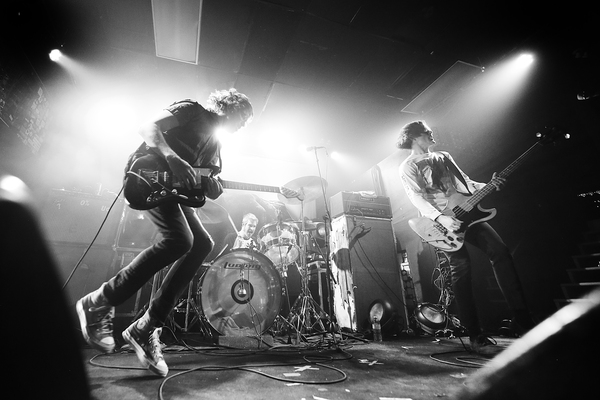 In 2016 Toronto noise-rock behemoths METZ teamed up with Boston post-punk legends Mission of Burma on a split single for Record Store Day. METZ contributed a cover of “Good, Not Great,” a track from Mission of Burma’s 2006 album The Obliterati, while Mission of Burma covered METZ’s 2012 anthem, “Get Off,” from their self-titled debut. The split 7” was limited to 4,000 copies worldwide. Now for the first time ever these songs are available digitally; for Bandcamp Friday starting today, December 2nd, and in all other DSPs on December 20th.

METZ celebrate ten years of their massively acclaimed self-titled debut this year and will embark on a “10 Years Anniversary Tour” where they’ll be playing the album in full. Dates begin on December 7th in Phoenix with stops in Los Angeles, Oakland, Seattle, Portland, St. Paul, and Chicago. Please find a full list of dates below. Tickets for all shows are on sale now.

To further celebrate the 10th anniversary of METZ, in October Sub Pop released a deluxe edition of the album on all streaming services. This updated, thirteen-track album features the original ten songs along with new versions of “Wet Blanket,” “Wasted,” and “Get Off” from a 2013 BBC Radio 1 session at Maida Vale Studios with host Huw Stephens.