Today, Friday, December 2nd, John Waters is releasing “It’s In The Book” b/w ”Proud New Father,” his new audio-only release, available on a 7” single pressed on gold vinyl and at all DSPs worldwide through Sub Pop. This single features Waters covering a stand-up routine recorded and made famous by midwestern-US comedian/actor/musician Johnny Standley in 1952.

“It’s In The Book” is Waters’ attempt to portray, in Waters’ words, Standley’s “persnickety, droll, intellectually superior comic monologue,” a part song, part exhortation on the subject of Little Bo-Peep in the manner of a revivalist preacher. The original version of “It’s In the Book” was a huge, surprise hit upon its release in 1952, rising to #1 on the Billboard chart and selling over 1 million copies.

Its follow-up, the nursery rhyme gone-wrong, comedy routine, “Proud New Father” (released the following year in 1953), would not fare as well– perhaps due to its gory details. Waters recounts, “It may be the first sick joke I heard as a child.”

As in the original versions, the two Standley homages include gratuitous laugh tracks. Produced by Grammy-winner, Ian Brennan (Tinariwen, The Good Ones [Rwanda], poet Raymond Antrobus, Zomba Prison Project), Brennan states, “That recordings of dead people prompt living people to laugh is one of the more surreal aspects of recorded medium. That often identical canned laughter tracks have been used redundantly on countless albums and sitcoms for decades is all the eerier.”

This single follows the release of Waters’ “Prayer to Pasolini,” his tribute to the legendarily controversial Italian film director Pier Paolo Pasolini, that was recorded by Waters and Brennan at Pasolini’s murder site on the outskirts of Rome. That single was released as part of the Sub Pop Singles Club Vol. 6 series on Waters’ 75th birthday, April 22nd, 2021.

Waters jokes that he chose to press the new single on gold vinyl so that he can at last be able to claim, “I’ve made a ‘Gold Record’.”
The Pope of Trash is currently traveling the US performing his annual A John Waters Christmas comedy tour, which resumes tonight, Friday, December 2nd in Eugene, OR at McDonald Theatre, and ends Thursday, December 22nd in Baltimore, MD at Baltimore SoundStage (a hometown show which sold out months in advance). Tickets for the remaining tour dates are on sale now. 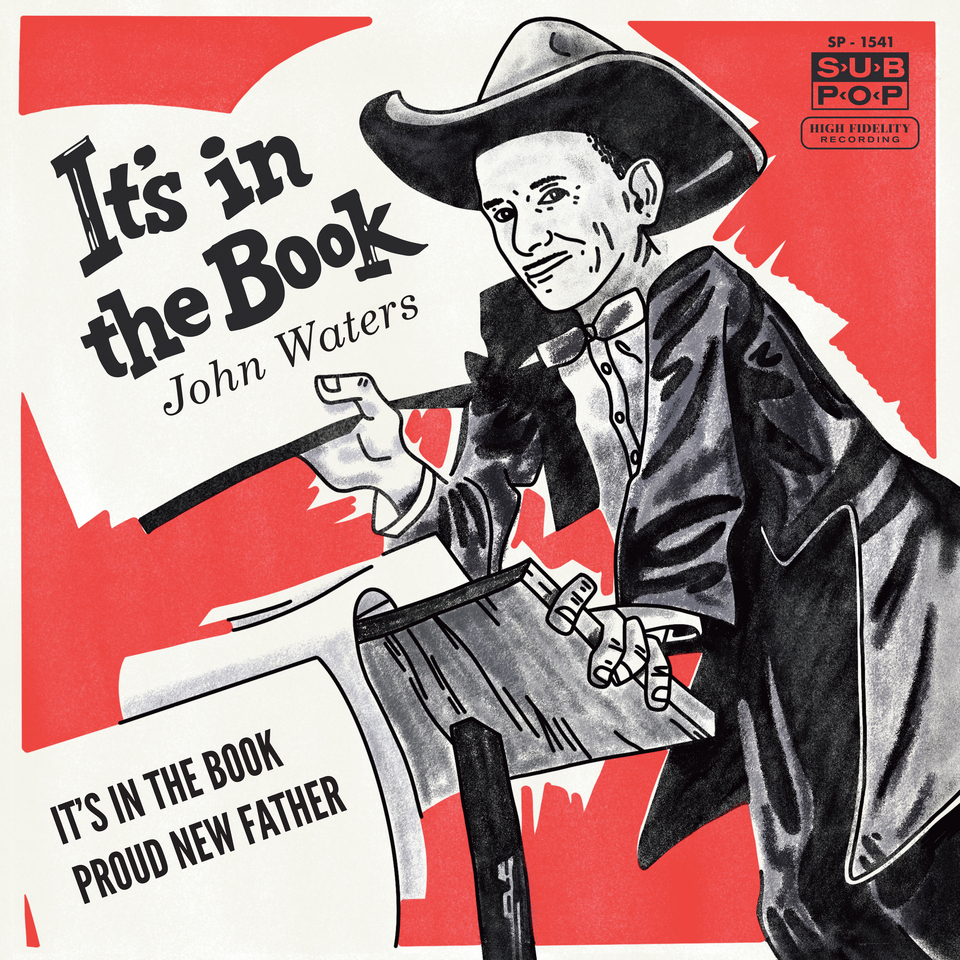