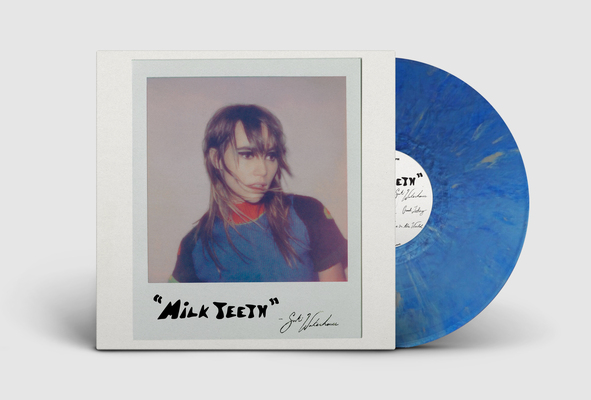 Milk Teeth, the new EP from multitalented British vocalist and songwriter Suki Waterhouse, is slated for release November 4 via Sub Pop Records—pre-order/pre-save it here. The EP features five songs from Waterhouse’s early career plus one new track “Neon Signs” and will be available on vinyl.

“It means the world that Milk Teeth is getting a vinyl release,” Waterhouse says. “These songs were like secrets to me. They were witness to a time when I felt like I was drowning and I needed to connect on a profound level in order to stay afloat. I share them with everyone who collaborated me on this record. I’m so grateful for the guidance and permission they gave me to explore.”

The new EP follows the recently released “Nostalgia,” Suki’s first new music since her debut album, I Can’t Let Go, was released to critical acclaim in May via Sub Pop Records—get it here. The album was executive produced by Grammy-nominated Brad Cook (The War On Drugs, Bon Iver) and features previously released singles “Moves,” “My Mind” and “Melrose Meltdown.”

Additionally, she recently shared two new versions of her viral song, “Good Looking”—listen to the strippped version here and the remix by Canadian producer BLOND:ISH here. The original version of the track, which went viral on TikTok and peaked at #1 on Spotify’s Viral USA Chart, continues to accumulate more than 700 thousand streams daily across Spotify, Apple Music and Amazon Music.

Suki is currently on tour in North American with Father John Misty in support of her debut album, with stops at the legendary Red Rocks Amphitheater, Los Angeles’ Holllywood Forever Cemetery, New York’s Radio City Music Hall and more—see full routing below and get tickets here.

Growing up in London, multi-talented actress, model and musician Suki Waterhouse gravitated toward music at an early age, finding inspiration in the likes of Alanis Morisette, Missy Elliott, Oasis and more. She initially teased her pivot to music with a series of singles, generating nearly 20 million total streams independently, with critical acclaim from NYLON, DUJOUR, Lemonade Magazine and more.