Just in time for Halloween, Clipping have announced a quartet of EPs featuring remixes of tracks from the band’s Horrorcore-themed albums, There Existed an Addiction to Blood and Visions of Bodies Being Burned. Each EP showcases remixers hand-picked by Clipping to slash, mangle, and brutalize the band’s music into all-new, exquisitely macabre, creations.

REMXNG 2.1 begins with “Part of Dust” by Bay Area composer and field-recordist Cheryl E. Leonard. The piece is ostensibly a remix of Clipping’s collaboration with Pedestrian Deposit, “Attunement,” although it is largely constructed from original recordings by Leonard, including: wind in the attic of Kunstnarhuset Messen in Norway; a flute made of kelp played by Leonard herself; the Golden Gate Bridge howling in the wind; baby northern elephant seals in Point Reyes; a bowed wooden fence, and a metal door played with rocks;  Cranes and geese in Staten Island, California; Balloons in a tunnel in Butte, Montana; and a boat ramp in Ny-Ålesund, Svalbard.

Next comes “Bastards,” by frequent Clipping collaborator Lauren Bousfield, whose virtuosic scrambling of “Pain Everyday” becomes a cinematic, carnivalesque nightmare. Oil Thief pummels “He Dead” into a pitch-dark industrial trudge, and IDM trailblazer Bogdan Racynski’s “’96 Neve Campbell (https://bogdanraczynski.com/clpng-96-remix/)” (the official title of which contains a working hyperlink) is a cartoonish, elastic transformation of the source material. “Sheba” is Clipping’s upcoming tour mate Evicshen’s blown-out noise interpretation of “She Bad,” which is followed by a characteristically jittery, off-kilter chop of “Nothing Is Safe” by London producer Loraine James. The EP closes with an ambient performance of “Say The Name” by traveling musical family Tengger that excerpts one melody from the original song’s instrumental outro, and stretches it into an ecstatic, hypnotic loop.

REMXNG 2.1 is the first of four such EPs, which will be released every Wednesday from September 21 through October 12.

Clipping begins its first round of international touring for the fall of 2022, with a short run of shows in the UK and EU beginning this Wednesday, September 21st in Glasgow at SWG3 Warehouse and ending Sunday, September 25th in Brussels at Atelier. Following those shows, Clipping will return to the states for an appearance at Southern California’s Desert Daze Festival Friday, September 30th. Then from Thursday, November 10th through November 29th, 2022, Clipping will tour the UK and EU again for a 14-date run. Please find a current list of dates below.

Recently, four of Clipping’s songs were featured on a new app developed with Modify Music, which is available now on iOS and Android app stores. This is a real time mixing app, that has each song separated into four “stems” that can be mixed on the fly. Alongside the original stems, the listener will have the option to switch out and mix in alternative stems that Jonathan Snipes produced just for the app. The app can be found here: https://modifymusic.com/artists/clipping/ 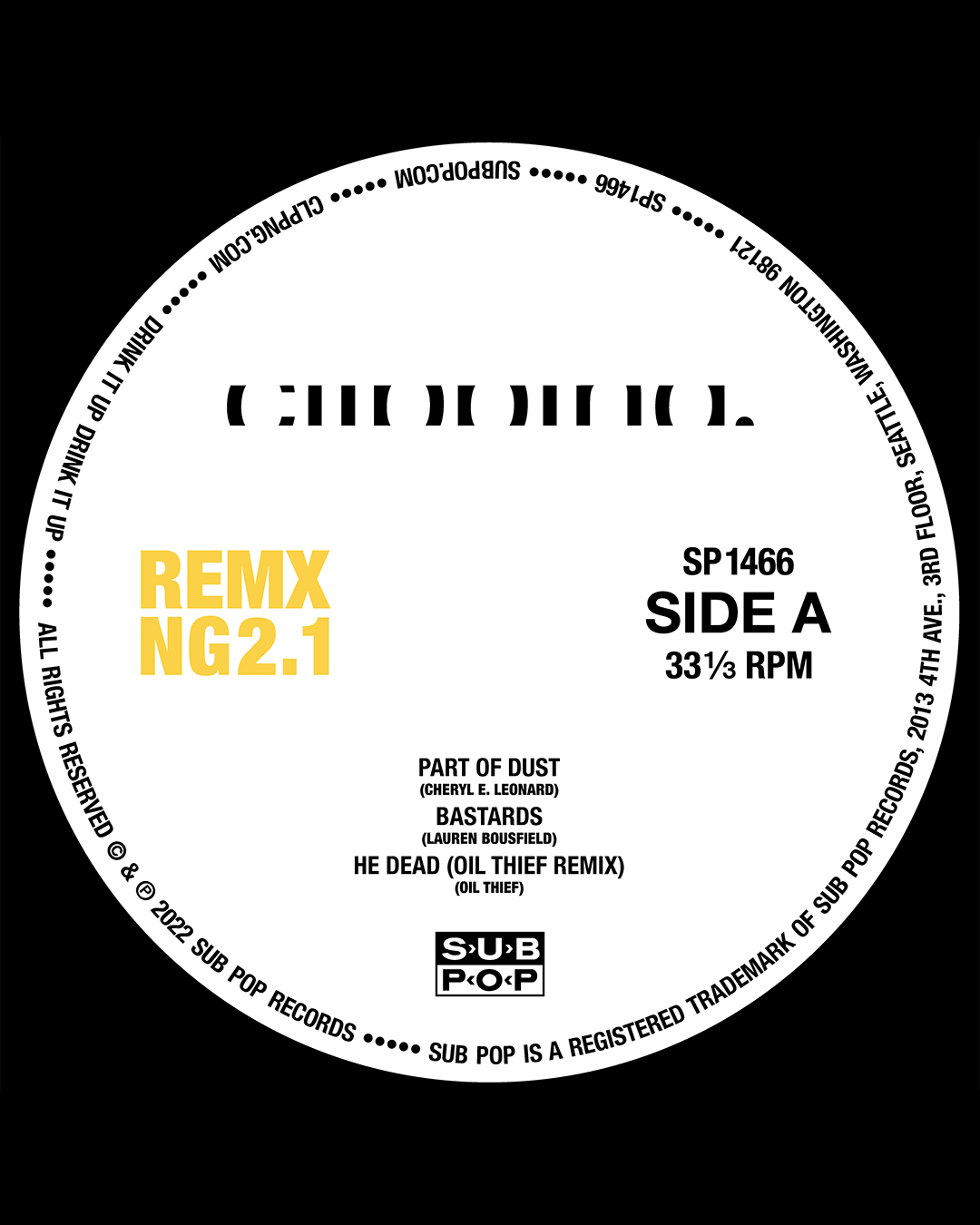