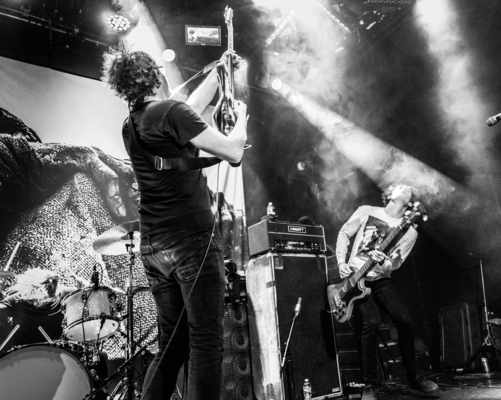 This fall, METZ will celebrate the 10-year anniversary of their massively acclaimed self-titled Sub Pop debut with a series of North American shows where they will play the album in its entirety. “The 10 Years Anniversary Tour” will span two legs, the first starting October 13th in Toronto at The Opera House with stops in Pittsburgh, Baltimore, Brooklyn, Philadelphia, Birmingham, Atlanta, and Denton, and the second beginning December 7th in Phoenix and taking them through Los Angeles, Oakland, Seattle, Portland, St. Paul, and Chicago. Tickets for these shows go on sale  Friday, July 22nd at 10 am (local).

Upon the release of METZ’s self-titled debut in October 2012, the album was met with a flurry of praise from the likes of Pitchfork (“29 minutes of pure but artfully rendered chaos.” / “Best New Music)” and The New Yorker (“rude, severe, and excellent. They make rock music, all of it loud, most of it precise without feeling checked.”)

Later that month, METZ appeared at that year’s CMJ Festival in New York, earning even more raves for their cacophonous live show from New York Times (“a three-man band from Canada, steamrollered through the festival, blasting brawny punk and metal guitar riffs that generated the festival’s most enthusiastic buzz.”) and Stereogum (“What METZ managed this year deserves salute: The Sub Pop trio dialed into the spirit and muscular thrust of post-hardcore’s heyday so completely as to make a familiar sound feel fresh, sheerly by virtue of so perfectly recreating it. METZ’s sets were brutal and sharp, their movements about stage kinetic and crisp, their commitment to their moment so complete to be undeniable.”).

METZ remained on the road well into 2013 when they took SXSW by storm and then made stops at major European festivals such as Roskilde, Primavera, Oya, and OFF. Over the last decade METZ have come to be known for their high energy live shows and you can expect the anniversary dates to be as bombastic as ever. 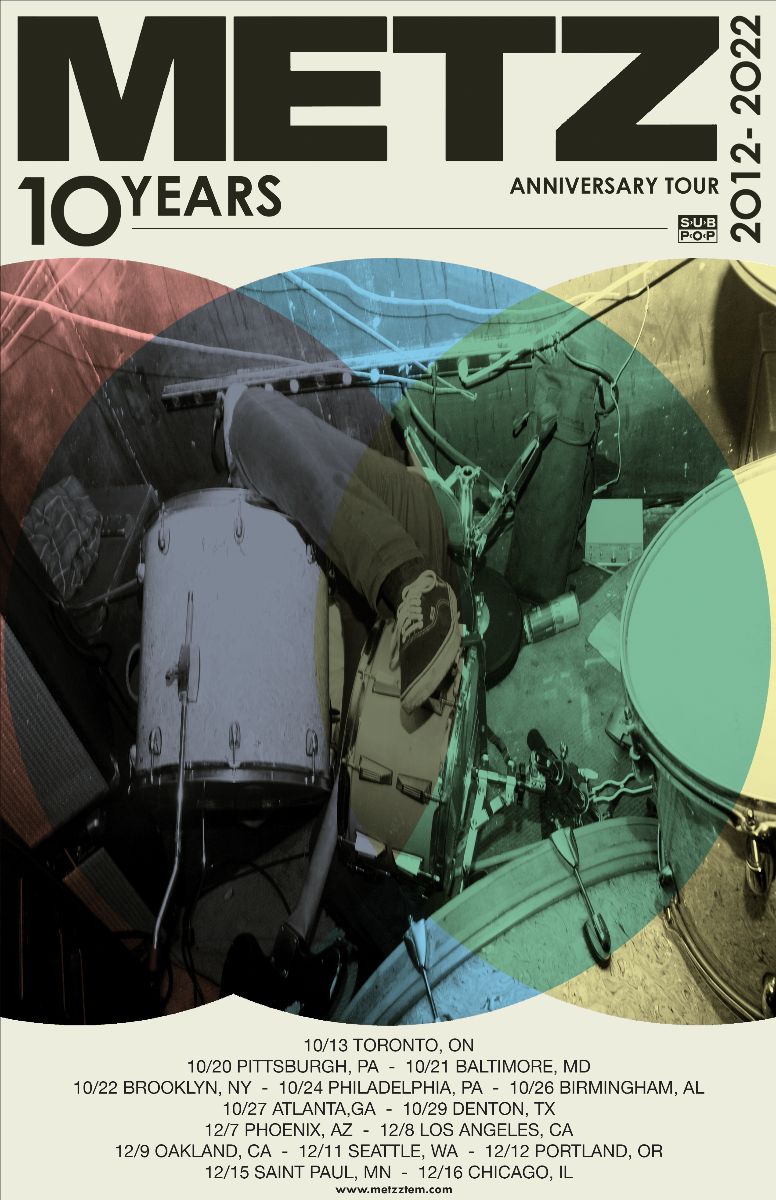