Plus, the band will perform forthcoming album Atlas Vending, in its entirety, live-streamed from The Opera House in Toronto on October 15th.

The stunning new METZ video for “Blind Youth Industrial Park,” the latest track from Atlas Vending, the band’s soon-to-be-released new album, is out now. The beautifully dystopian video depicts a woman dragging an injured companion on a stretcher through an alien landscape as the pair are tracked by a squad of armed soldiers, and provides sharp contrast to the song, which is an ode to the naivety of youth and the freedom of being unburdened by the world around you.

Shot in Queenstown, on the South Island of New Zealand, “Blind Youth Industrial Park” was directed by Dylan Pharazyn. Here’s Pharazyn on his inspiration for the video: “I started thinking of the feeling of war or samurai films, beautiful but dark and violent… but then I had this idea to work up a more unique world… I started to think of a more futuristic setting — more unusual and dream-like with the story set on a distant planet where there is future technology and some kind of alien magic… like a futuristic fable. I loved the idea of the hero Ayeth on this nomadic walk through an epic landscape… I loved the strength in her and the pairing of her with a wounded companion, something really human and vulnerable… I wanted that emotive warmth countering the cold military images.”

Known for their unrivalled, high energy live shows and relentless touring, the band has felt a huge void with the loss of live music this year. In the hopes of capturing some of that inimitable spirit and connection, today METZ are also announcing that they will perform Atlas Vending, in its entirety, live from The Opera House in Toronto. These live streams will air in North & South America at 6 pm PT / 9 pm ET on October 15th, and on Oct 17th at 8 pm BST / 9 pm CEST / 8 pm AEST for those in the UK, Europe, Australia, New Zealand, and Asia. 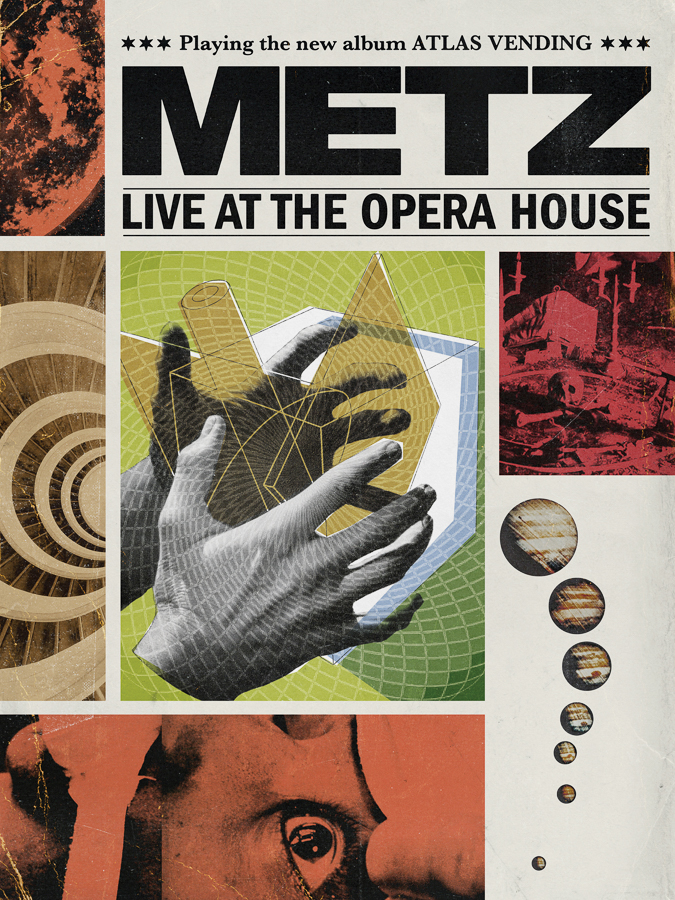 Frontman Alex Edkins shares that “Something that is intrinsic to who we are as people has been taken away. We want, so badly, to find that feeling again, to forget the world for a moment, and share a brand new album that we love very much (plus some oldies) with you. To all the people of the world who have come to our shows to dance, sweat, and scream, we hope you can join us once again with this show.” You can purchase tickets and ticket bundles with LPs and merch for these shows by clicking here. 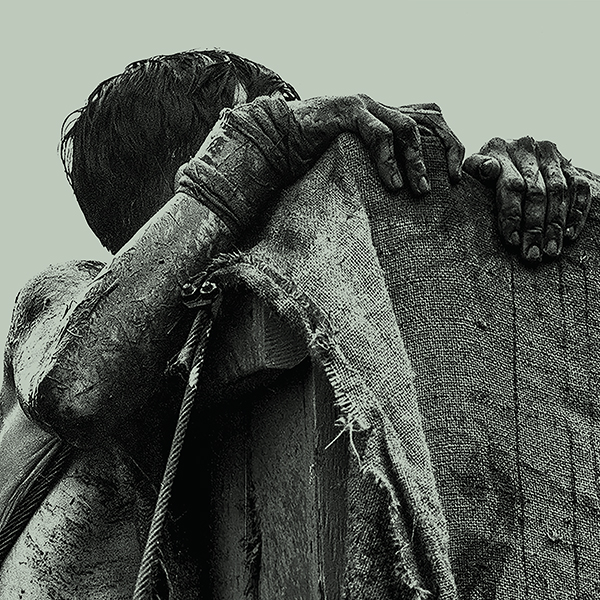 Preorders of Atlas Vending are now available from Sub Pop. LP preorders through megamart.subpop.com, METZ’s merch store, and select independent retailers in North America will receive the limited Loser Edition on pearlescent grey and silver vinyl. Vinyl preorders in the UK and Europe from select independent retailers will receive the Loser Edition on light rose-colored vinyl. A new t-shirt design is available as well. And in Canada, Atlas Vending will be available from Royal Mountain Records.