On the heels of their critically acclaimed 2018 album, Double Negative, Low have shared a remix of “Fly,” one of the album’s many stand-out tracks, by famed Philadelphia producer/DJ King Britt, who had this to say about their collaboration:

“As a longtime Low fan, a huge amount of respect went into the mix. I loved their new sonic direction, which spoke to my Fhloston Paradigm project. My mix was a response and continuation in a way of a magical space they already created. Mimi Parker’s vocals were some of her best. A true honor.”

You can listen to King Britt’s remix of “Fly” by clicking here. 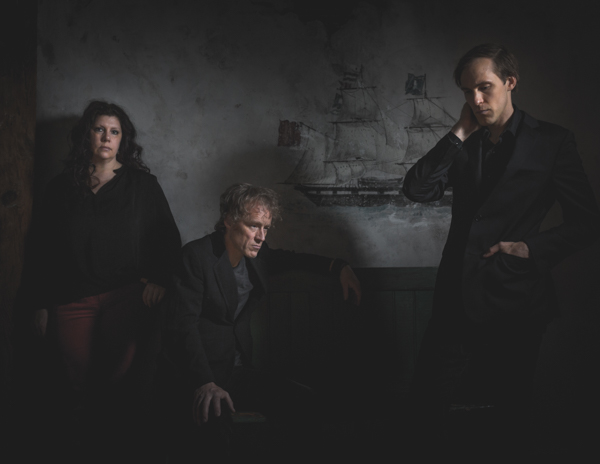 The band recently played an electrifying set at this year’s Glastonbury Festival in the UK, which was streamed live on BBC Music. Low’s live Glastonbury performance of “Fly” aired on BBC 2 TV and is also now available on the BBC Music Youtube channel here. Next up, Low will perform at this weekend’s Pitchfork Music Festival in Chicago, IL.

What “The People” are saying about Double Negative:

“…the most important, devastating album of the year.” [5/5] - The Guardian

“Low have never made a record quite so jarring and jagged, but Double Negative pushes beyond their own catalogue. Low have made what might be their most relevant album, one that holds a mirror up to the world.” [“Album of the Month,” 9/10] - Uncut

“…an ambitious, modern wonder of an album, an exploration of the song as an imperfect conduit of feeling..” [Best New Music, 8.7/10] - Pitchfork

“Low are back with a vital-sounding, politically-urgent record that’s perhaps the best of their career.” - The Quietus

This past Saturday, Calexico and Iron & Wine’s incredible performance of “Father Mountain” and “Midnight Sun” from their recently released and critically acclaimed album Years to Burn aired on CBS This Morning Saturday. You can watch them perform both songs as well as a performance of “He Lays in the Reins” from their 2005 EP online starting right here and also HERE.

Calexico and Iron & Wine recently released Years to Burn via City Slang in the UK/Europe and Sub Pop in the rest of the world. The work of Calexico’s Joey Burns and John Convertino and Sam Beam of Iron & Wine, the album is their first full length release and follows the critically acclaimed 2005 In the Reins EP.

In addition, the collective recently released Years to Burn Behind the Scenes featuring exclusive interviews with the band and their long friendship and spirit of collaboration.  Watch the short vignette HERE. 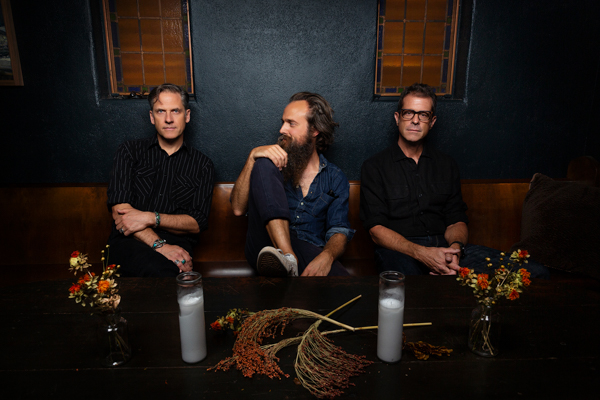 % with special guest Daughter of Swords 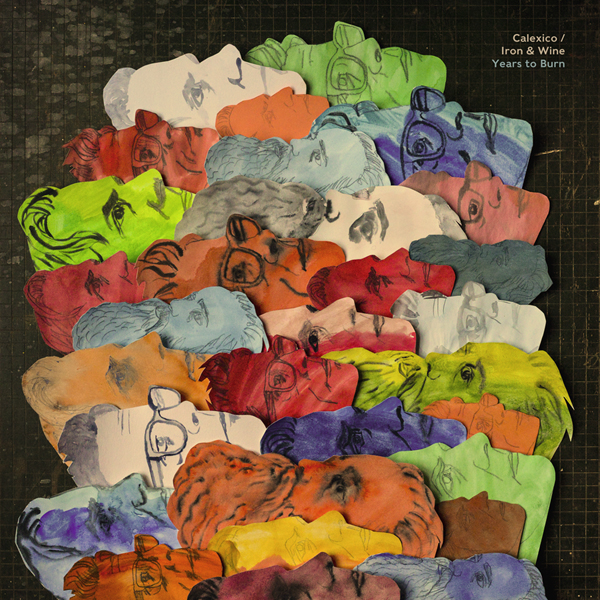 “all night” leaves absolutely nothing to the imagination, a song with a laid back groove that belies the up-front, no holds barred lyricism on show.

Marika on the single: “I thought it would be exciting to write a really overtly sexual song about a woman from the perspective of a woman. You don’t hear much about sex between women in music, or if you do its usually from a fetishised male perspective, I thought I’d reclaim a bit of that power”.
Marika is a ‘Rid of Me’-era PJ Harvey for the inclusive generation: unbounded by musical genre, a preternatural lyricist and tunesmith who isn’t afraid to go there. Hackman’s 2015 debut, We Slept at Last, was heralded for being nuanced and atmospheric. She really found her footing with her last release, I’m Not Your Man, and its exceptional, swaggering international hit “Boyfriend,” which boasts of seducing away a straight guy’s girlfriend. Any Human Friend is a step-up again for Marika. There’s a sense of liberation, a sense of sexual freedom, and being a solo entity again - and working out what that means. 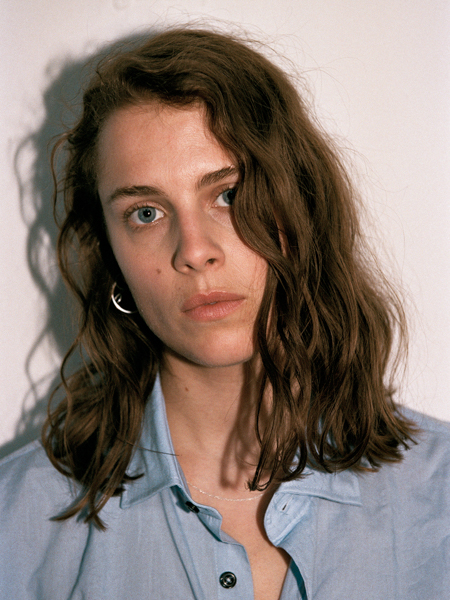 Transcendent folk-pop artist Shannon Lay will release August, her Sub Pop debut, on CD/LP/DL/CS worldwide on August 23rd. You can now watch to her latest offering “Death Up Close” which serves as the album’s centerpiece. “With that song, I wanted to recognize that everyone else is going through something and reflect on that. Don’t be so close-minded to think you’re the only one who’s got issues, in fact, find comfort in the thought that everyone is on their own journey” Lay explains. What starts as an Eastern-influenced song morphs into an avant-garde sound bath. “I had this idea of the violin ascending. Then Mikal Cronin came in with the saxophone and just blew me away.  I love the idea of building a song like that, take people by surprise.”

August is now available for preorder from Sub Pop. LP preorders of the album through megamart.subpop.com and select independent retailers in North America, UK, and Europe will receive the limited Loser edition on orange vinyl (North America) and Sun Yellow vinyl (UK/EU) while supplies last.

As previously reported, Shannon Lay will be a member of Ty Segall’s Freedom Band for his upcoming full album residencies in Los Angeles, New York, Paris, London, Berlin, and Haarlem. Click here for a full list of upcoming performances.

Preservation Hall Jazz Band has released the video for their song “Keep Your Head Up” today, premiered via Billboard. The track, which features Cuban singer Eme Alfonso, appears on their new album A Tuba To Cuba, the soundtrack to the critically acclaimed documentary directed by T.G. Herrington and Danny Clinch, out now via Sub Pop. Watch and share “Keep Your Head Up” here. Stream and order A Tuba to Cuba here.

“Keep Your Head Up” is simple message with a big meaning,” says Ben Jaffe.  “Walk with your head high, walk with pride, and live your life with grace and honor and an appreciation for all humanity.  Don’t let things break you down and don’t allow anyone or anything to diminish your spirit.”

“We met the wonderful Eme Alfonso at a performance at an amazing old factory that’s been converted into a multi-disciplinary art space called Fabrica Del Arte.  That same evening we met she came up and improvised lyrics in Spanish on the spot. Eme later told me the words she sang have a deep meaning in Cuba,  the translation is something like “walk with your head out front, don’t be so down, walk with joy.”

“To say Preservation Hall Jazz Band is to refer to the purest essence of our traditions and to discover NOLA, through the band and Ben its director, was for me one of the most beautiful experiences of my life,” says singer Eme Alfonso. “Because in New Orleans… Jazz and art flow from the streets of this city and it’s clear that it has a direct connection to Cuba, Havana, and all of those who came before us. Our grandparents are connected through these rhythms, dances, melodies, and customs and this shared history of our ancestors unites us all.

“New Orleans and Cuba are deeply connected,” Alfonso continues. “This collaboration is a conduit, a lesson to show our people, and others in the world that we are all family and that art and music has the power to unites us.”

“We went to Cuba in prayer position,” says Preservation Hall band leader and bass player Ben Jaffe when he speaks of the pilgrimage he and the group took to Cuba in December 2015. “We went to receive and offer at the same time. We had never experienced a moment like this, it felt as though all roads were intersecting at once.” The critically acclaimed 2019 documentary A Tuba to Cuba documented the band’s journey as they explored the links that connect New Orleans and Cuba so indelibly – their shared, tragic history as destinations where enslaved Africans struggled to simply survive, and their current status as places where the cultural inheritance from those ancestors is kept alive in both song and deed – but that was only half the story. This collection of songs, a musical account of a generations-in-the-making reunion of musical families separated by time, politics, and distance, tells the other half. 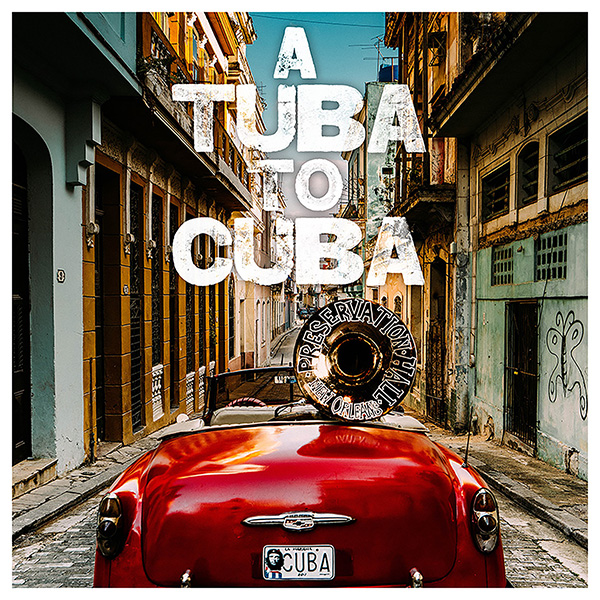 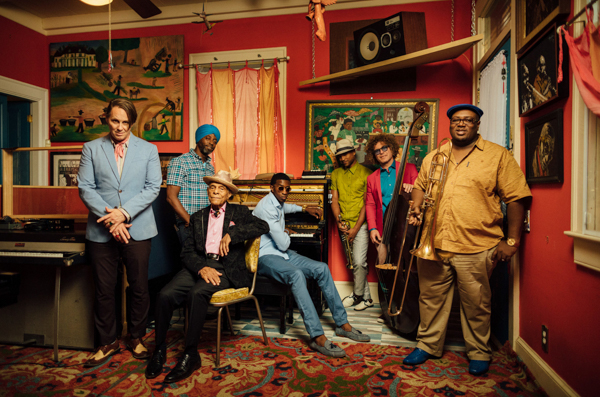 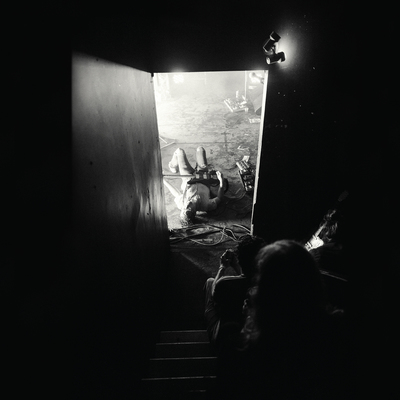 METZ, our own widely-adored and delightfully noisy 3-piece punk band from Toronto, released their Sub Pop self-titled debut in 2012 and, in the time since, have cemented their reputation as one of the planet’s most exhilarating live acts and trusted providers of bombastic outsider rock. The band is made up of Alex Edkins, Hayden Menzies, and Chris Slorach.

Automat is a collection of METZ non-album singles, B-sides, and rarities dating back to 2009, available here on LP for the first time, and including the band’s long out-of-print early (pre-Sub Pop) recordings. A chronological trip through the lesser known material of METZ, Automat is out now, worldwide on Sub Pop. 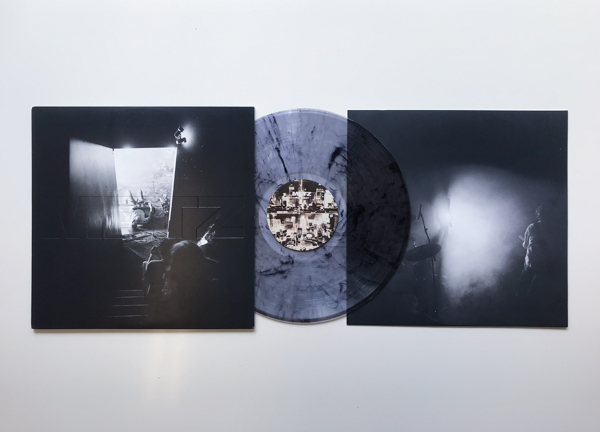