In 2018, the band Low will turn twenty-five. Since 1993, Alan Sparhawk and Mimi Parker—the married couple whose heaven-and-earth harmonies have always held the band’s center—have pioneered a subgenre, shrugged off its strictures, recorded a Christmas classic, become a magnetic onstage force, and emerged as one of music’s most steadfast and vital vehicles for pulling light from our darkest emotional recesses. But Low will not commemorate its first quarter-century with mawkish nostalgia or safe runs through songbook favorites. Instead, in faithfully defiant fashion, Low will release its most brazen, abrasive (and, paradoxically, most empowering) album ever: Double Negative, an unflinching eleven-song quest through snarling static and shattering beats that somehow culminates in the brightest pop song of Low’s career.

To make Double Negative, Low reenlisted B.J. Burton, the quietly energetic and adventurous producer who has made records with James Blake, Sylvan Esso, and The Tallest Man on Earth in recent years while working as one of the go-to figures at Bon Iver’s home studio, April Base. Burton recorded Low’s last album, 2015’s Ones and Sixes, at April Base, adding might to many of its beats and squelch and frisson beneath many of its melodies.

This time, though, Sparhawk, Parker, and bassist Steve Garrington knew they wanted to go further with Burton and his palette of sounds, to see what someone who is, as Sparhawk puts it, “a hip-hop guy” could truly do to their music. Rather than obsessively write and rehearse at home in Duluth, Minnesota, they would often head southeast to Eau Claire, Wisconsin, arriving with sketches and ideas that they would work on for days with Burton. Band and producer became collaborative cowriters, building the pieces up and breaking them down and building them again until their purpose and force felt clear. As the world outside seemed to slide deeper into instability, Low repeated this process for the better part of two years, pondering the results during tours and breaks at home. They considered not only how the fragments fit together but also how, in the United States of 2018, they functioned as statements and salves.

Double Negative is, indeed, a record perfectly and painfully suited for our time. Loud and contentious and commanding, Low fights for the world by fighting against it. It begins in pure bedlam, with a beat built from a loop of ruptured noise waging war against the paired voices of Sparhawk and Parker the moment they begin to sing during the massive “Quorum.” For forty minutes, they indulge the battle, trying to be heard amid the noisy grain, sometimes winning and sometimes being tossed toward oblivion.

During the immersive “Dancing and Blood,” Parker slowly comes into focus, as if signing from the wind-ripped mouth of a cave. Parker appears to beat back disaster for “Fly,” her soulful vocals curving into and above Garrington’s bold bassline as Sparhawk’s own signal cuts in and out. Elsewhere, though, songs like “Always Trying to Work It Out” and “Tempest” threaten to swallow the pair whole, their overwhelming quakes of dissonance aiming to silence them once and for all. Sometimes, Sparhawk and Parker are stuck in the Sisyphean middle, capable of neither failing nor forging ahead. During the brilliantly conceived “Poor Sucker,” written in large part by Garrington, their voices suggest skiffs stuck on some turbulent sea, falling beneath and rising above the cacophony with seasick irregularity. In this frustrated song of self-defeat, Low lists all the ways they could have made their lives matter. It is a eulogy of could-have-beens for a time that won’t really let you be.

As “Rome (Always in the Dark),” a march that forces its way through the din with damn-the-torpedoes tenacity, fades toward a rare silence, a pulse sculpted from a shard of noise emerges, flashing from a distance like the safety of a life raft. It rises into a steady thump, with Sparhawk and Parker floating above it in crystalline unison: “Before it falls into total disarray/You’ll have to learn to live a different way,” they sing, their melody forming a tightrope of despair and delight. In some ways, it’s a warning of the bad times to come. But it’s also a promise that we’re more powerful and adaptable than madness itself, that we have the ability to persevere. During the song’s back half, Sparhawk and Parker don’t say anything. They instead lock into august harmony and glide between notes, Parker’s purely ascendant tone pulling Sparhawk’s falsetto skyward. It is an exquisite and triumphant moment, an exhalation after all the damage and din.

In spite of the mounting noise, Sparhawk and Parker still sing. Or maybe they sing because of the noise. For Low, has there ever really been a difference? — Grayson Haver Currin 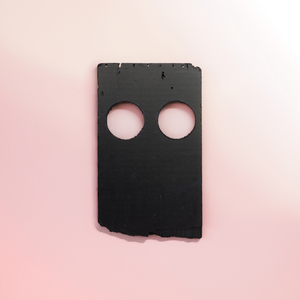