“We went to Cuba in prayer position,” says Preservation Hall band leader and bass player Ben Jaffe when he speaks of the pilgrimage he and the group took to Cuba in December 2015. “We went to receive an offer at the same time. We had never experienced a moment like this, it felt as though all roads were intersecting at once. The critically acclaimed 2019 documentary A Tuba to Cuba documented the band’s journey as they explored the links that connect New Orleans and Cuba so indelibly – their shared, tragic history as destinations where enslaved Africans struggled to simply survive, and their current status as places where the cultural inheritance from those ancestors is kept alive in both song and deed – but that was only half the story. This collection of songs, a musical account of a generations-in-the-making reunion of musical families separated by time, politics, and distance, tells the other half.

When asked to describe the collection of songs assembled on Tuba to Cuba, Jaffe sums it up by saying, “It’s like listening to the radio.”  And yes, A Tuba to Cuba actually feels less like an ordinary soundtrack and more like a living document, a recording of a broadcast that’s been waiting to exist, a modern version of the static-y radio signals that were broadcast between America to the Caribbean in the early and mid-20th century, sending the sounds of jazz and mambo and R&B and more back and forth across the vast divides of water and culture and politics. It’s a story, this album, and the tale being told mirrors the band’s experience. Some songs, like “Yesteryear,” began as improvisations during the trip, in this case originating while saxophonist Clint Maedgen was recorded while playing in a Havana alcove; “Keep Your Head Up” began as a chant started by Hall drummer Walter Harris during a street jam in Santiago and draws on Harris’s background as a member the Hardhead Hunters Mardi Gras Indian tribe. Then there are classic vintage recordings, like “Las Palomas,” which dates back to the 40s and was composed by the father of Alejandro Almenares, the luthier featured in the film; “El Manicero,” a song with deep roots in Cuba that has been absorbed and adapted into the New Orleans repertoire and which is performed here by Billie and De De Pierce on an archival recording from Preservation Hall’s vaults. Then there are original compositions directly inspired by the trip: “Malecon” recalls the glorious sunrises and sunsets on its namesake, the thoroughfare in Havana where locals gather to dance, eat and socialize, and captures both the simplicity and complexity of day-to-day life in Cuba. The Fender Rhodes and tenor saxophone meditation “Corazon” derives its title from the literal source of its beat, the steady heart rate of Preservation Hall elder Charlie Gabriel. And “Kreyol” (the Cuban pronunciation of what New Orleanians would call “Creole”) captures and underscores the glorious mixture of culture and sound that makes both places so paradoxically unique and similar.

89 The Debut Record From Charlie Gabriel Of Preservation Hall Jazz Band is Available Now On All DSPs; CD/LP/CS Out July 1st, 2022 Worldwide From Sub Pop 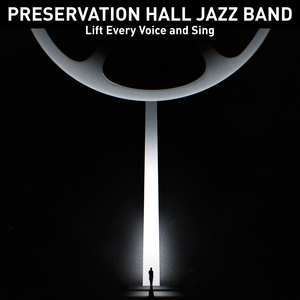 Lift Every Voice and Sing (from the film MLK/FBI)