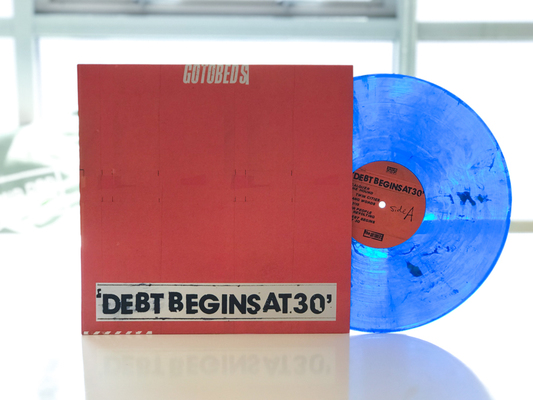 Today The Gotobeds - Cary, TFP, Eli and Gavin - unleash their third full lengther, Debt Begins at 30. The esprit de corps and anxiety-free joy that permeates their other LPs and EPs remains intact. The octane is high-test, the engine still has knocks and pings and the battery is overcharged. The Gotobeds - as Pittsburgh as it gets, the folk music of the Steel City - have more tar for us to swallow. Debt Begins at 30 is an old-fashioned blast furnace and the liquid iron flows. 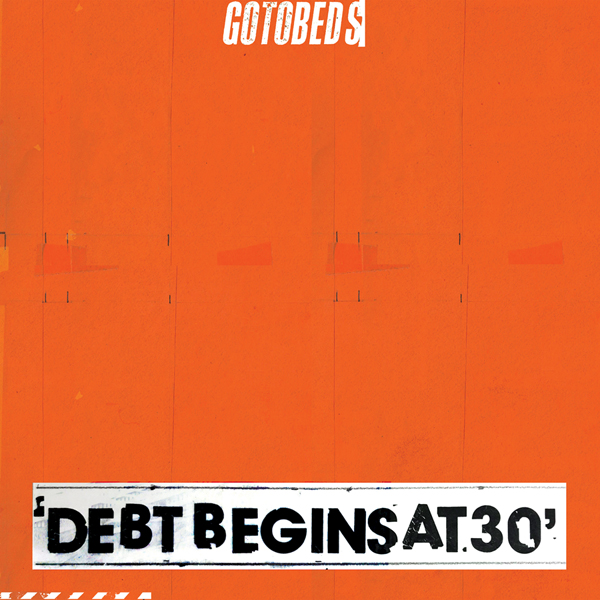 Debt Begins at 30 is now available for preorder through Sub Pop Mega Mart. Preorders of the LP through megamart.subpop.com, select independent retailers in the U.S., and select European and UK retailers will receive the limited, orange-vinyl Loser Edition while supplies last.

1. Calquer the Hound  (with Evan Richards of The City Buses and Rob Henry of Kim Phuc)
2. Twin Cities (with Tracy Wilson of Positive No)
3. Slang Words (with Joe Casey of Protomartyr)
4. 2:15 (with Matt Barnhart of Tre Orsi/Mint Mile)
5. Poor People Are Revolting (with Pittsburgh poet Jason Baldinger and Gerard Cosloy of Air Traffic Controllers/Homestead Records/12XU Records)
6 .Debt Begins at 30 (with Mike Seamans of Mind Cure Records) and Bob Weston of Shellac/Mission of Burma)
7. On Loan (with Greg Ahee of Protomartyr)
8. Dross (with Bob Nastanovich of Pavement/Silver Jews)
9. Parallel (with Tim Midyett of Mint Mile/Silkworm)
10. Bleached Midnight (with Pittsburgh poet Scott MacIntyre)
11. Debt Begins at 30 (Alt version) (with Victoria Ruiz of Downtown Boys)

Read more about The Gotobeds and Debt Begins at 30 over here.