METZ’s 2016 headlining world tour resumes this Saturday, January 9th in Boston at the Sinclair and runs through February 20th in Beijing, China at Mao Livehouse.

New highlights include: a short east coast/midwest US tour January 9th-16th (with Bully);  January 29th in Tokyo at Fever; January 30th-February 14th for appearances at the multi-city Laneway Festival, held in Singapore, Australia and New Zealand; And February 17th -20th for three shows in Taiwan and China. (see tour details below)
The “Eraser” b/w “Pure Auto” single will be available January 22nd, 2016 on 7” vinyl from Three One G and digitally from Sub Pop. 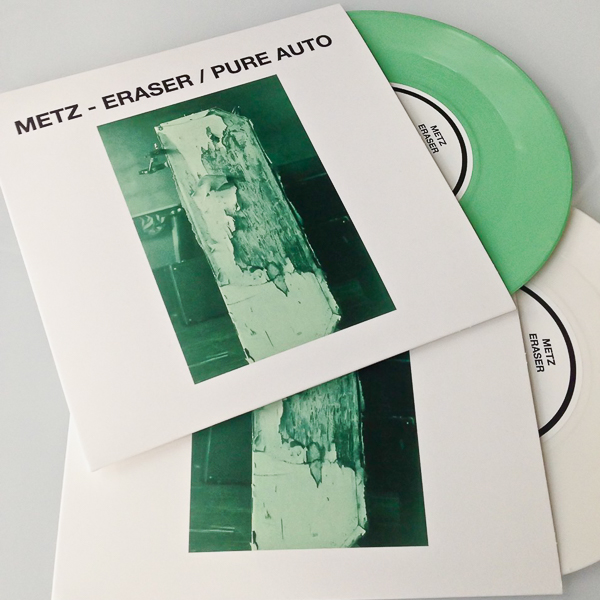 Following two acclaimed albums on Sub Pop (2012’s METZ; 2015’sII) and a deeply impressive amount of touring, this Three One G single is the band’s first recording for the esteemed CA-based label, and their first new material since the release of II. Both “Eraser” and “Pure Auto” were produced by METZ, recorded by Graham Walsh at Union Sound Company, and mastered by Matthew Barnhart at Chicago Mastering Service.

The “Eraser” / “Pure Auto” 7” single, which was pressed on either sea foam green or white vinyl in two runs limited to 1,000 copies each, is available now for preorder through Three One G while supplies last (copies through Sub Pop Mega Mart are now sold out).  The single is also available for preorder digitally through Three One G, megamart.subpop.com, iTunes, and Amazon.

For more info on METZ’s “Eraser” / “Pure Auto” single, visit Three One G.
METZ II is available now on CD / LP / DL worldwide from Sub Pop. The album has earned “Albums of the Year” notice from the likes ofEntertainment Weekly, Rolling Stone, Diffuser, Blare, and Treble. II also scored the band its highest chart position in the U.S. to date, entering at #98 / Billboard Top 200.  In Canada, the album debuted at #27 on the Top 200 albums chart.

On March 18th, former Smith Western frontman Cullen Omori will release his debut LP, New Misery, worldwide on CD / LP / DL via Sub Pop Records. The album, which features the highlights “Cinnamon” and “Sour Silk” was recorded by Shane Stoneback (Sleigh Bells, Fucked Up, and Vampire Weekend) at the now defunct Treefort Studios, and was mastered by Emily Lazar (Sia, HAIM, Vampire Weekend, Arcade Fire, and Bjork) at The Lodge.

Cullen and his band have scheduled a 4-week spring tour in support of New Misery, which begins March 24th in Chicago, IL at Lincoln Hall and currently ends April 24th in Toronto, ON at the Horseshoe. Preceding the tour is a string of midwestern dates that run from February 3rd in Indianapolis at The Hi Fi through February 5th in Champaign, IL at The Accord. Additionally, Cullen will appear at the 2016 edition of SXSW in Austin, Texas. (tour details below) 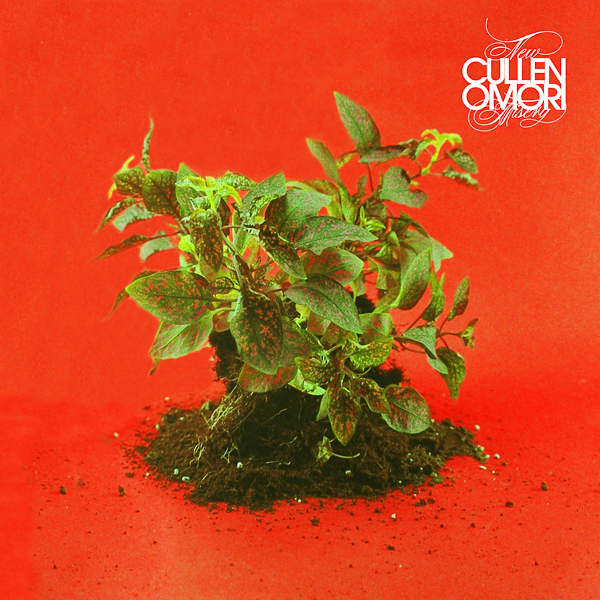 More on Cullen Omori:
Cullen Omori knows it’s a false cliche to say there are no second acts in American lives, but after the 2014 breakup of his acclaimed band the Smith Westerns, living that cliche was his greatest fear. His solo debut New Misery, out March 18 on Sub Pop Records, is a direct challenge to that anxiety: an album that goes beyond the glam punch of the Smith Westerns to new sounds, new sources of inspiration, and greater self-awareness. 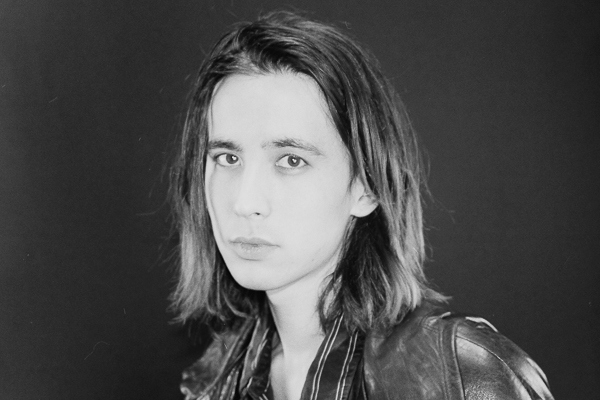 “I had this overwhelming feeling that perhaps the apex of my life both as a musician and as an individual would be relegated to five years in my late teens/early 20s,” says Omori, who was launched into the music industry when the Smith Westerns, who started in high school in Chicago, became fast-rising indie stars. “This fear really forced me to work hard as to not see the Smith Westerns as an end but as a point along a bigger trajectory.”

“There is so much dirt in hospitals and fuzz and lint and dried blood on these things. We’d clean them down, which in a way is kind of therapeutic, and listen to the radio. Then we’d go back to Adam’s (Adam Gil, current live band member) house and record demos for what was to become the skeleton of New Misery. I can’t  sit down and say I’m going to write a Sam Smith or an Adele song or whatever. The closest I can get to that is making like this weird hybrid of what I think is a pop song.” The strongest example of this is the new wave-tinged single “Cinnamon,” which Omori describes as “dark pop–it’s poppy, it’s fast, but it also has all the colors and tones that are kind of dark. It’s self-deprecating, which was kind of where I was at emotionally. That, you know, I could have this poppy song or whatever but I don’t think I’m a pop star. I’m closer to thinking I’m a piece of shit than I am a pop star.”

Along with Omori, New Misery features additional bass and keyboards from Ryan Mattos, drums from Loren Humphrey, and James Richardson on guitar. But unlike with the more distributed roles within the Smith Westerns, Omori wrote, played, and oversaw nearly every part of the new album, beginning a true new chapter of his long-term creative growth.

“People would be like, ‘Oh man, your band is doing really well. I saw you on the internet.’ But seeing you on the internet isn’t equivalent with making hundreds let alone thousands of dollars or being really successful. When I was younger I believed that happiness came from success and now that I’m older, more seasoned I find myself believing that stability over a long time is also its own type of success. I came out of Smith Westerns at 25 with no real job experience, I only knew how to play music. Writing and recording these songs for myself was cathartic, and I didn’t know my destination or future, but picking up my guitar and playing was the only way I knew I’d get close to figuring it out. 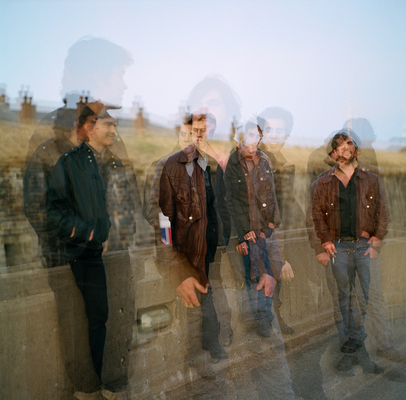 Wolf Parade have reunited after a 5-year hiatus and scheduled a series of residency shows (watch the trailer here) in North America and the UK for 2016.  The band shared the news earlier this morning via their newly launched website and social media accounts.

The band had this to say about the reunion: “Hey-o everyone! The hiatus is over! We’re so excited to finally get back on stage together at these residency shows in NYC, Toronto, and London. We’ll be playing our favorites from from all the old albums, of course, as well as a taste or two of the new tunes we’ve been writing. Hope to see you there!  XO, WP.”

Wolf Parade will perform at New York’s Bowery Ballroom (May 17th-21st), Toronto’s Lee’s Palace (May 24th-26th) and London’s Scala (June 14th-15th). Tickets are available now through wolfparade.com.  UPDATE:  Due to overwhelming demand, the band have added 2 more shows in Downtown Canada at Lee’s Palace!  See the fill list of dates below.

Tickets are available now through wolfparade.com. 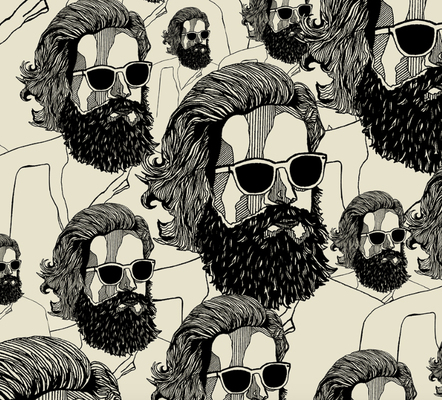 On April 1st, 2016, Sub Pop will release Three Men and a Baby, the long-awaited collaboration between Mike Kunka (godheadSilo, Enemymine) and the Melvins. The 12-song album features the highlights “Chicken ‘n’ Dump” and “Limited Teeth.”  You can hear “Chicken ‘n’ Dump” right now via YouTube or Soundcloud, so click on over and treat your earholes!

Noisey had this to say of ”Chicken ‘n’ Dump”: “Delivers on the promise of the Kunka/Melvins pairing, fixing Mike’s hellacious, chugging low end to Buzz Osborne and the boys’ thick racket, banging out a riff as joyous and as it is punishing (see premiere January 26th).”

Three Men and a Baby is now available for preorder through the Sub Pop Mega Mart, Google Play, iTunes, Amazon, and Bandcamp. LP preorders through megamart.subpop.com will receive the Loser edition, housed in a custom dust sleeve and on white vinyl (while supplies last). There’s also a rad new T-shirt. 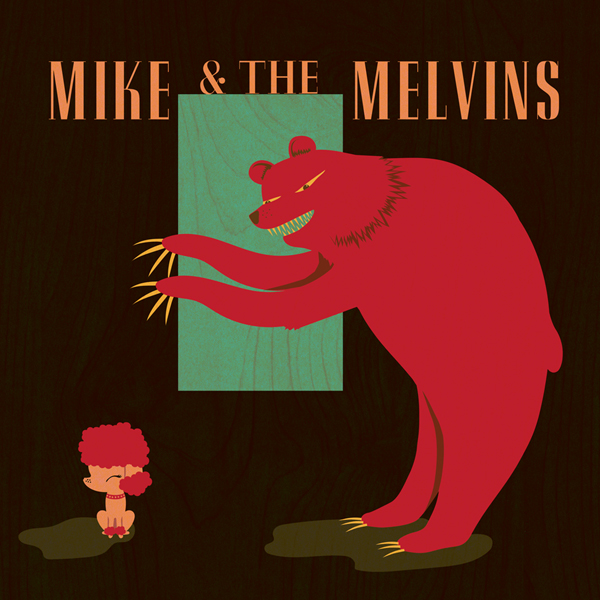 Most of Three Men and a Baby was recorded in 1999 at Louder Studios by Tim Green (The Fucking Champs), and it was finished in 2015 at Sound of Sirens by Toshi Kasai.

About Mike and The Melvins:
Three Men and a Baby is the new album by Mike and the Melvins. It was supposed to come out sixteen years ago.

JK!  Of course that’s not all!

Tickets are on sale today for his previously announced North American spring tour, beginning March 30th in Santa Ana, CA at the Observatory and ending April 30th in Orlando, FL at the Beacham. Support for these dates come from Tess & Dave.  Additionally, dates for his previously announced European tour run May 11th - May 31st. (complete list below)

AND… he’s the cover star of Under The Radar’s “Best of 2015” issue alongside Ellie Roswell from Wolf Alice (view here). 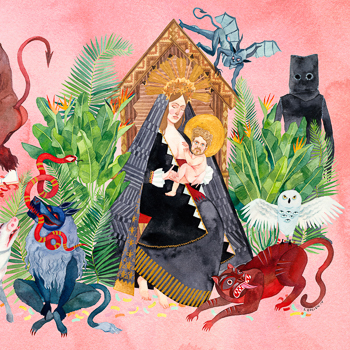