godheadSilo was a noise rock duo from Olympia, Washington.

The band consisted of Mike Kunka on bass and Dan Haugh on drums who met growing up in Fargo, North Dakota. Before moving away from Fargo, they had a guitar player named Phil who left the band around 1992. They were known for their loud “wall of sound” live performances full of raging drums, screaming, and a gigantic heavy bass sound. Mike employed many effects pedals and a large wall of amps to create his thunderous sound. Fans of BMX biking and Mountain Dew, godheadSilo played shows all across the United States and inspired countless noise rock bands. They released albums and E.P.s on Sub Pop and Kill Rock Stars.

Although the band has been on hiatus since the release of Share the Fantasy in 1998, Mike and Dan joined forces with Murder City Devils vocalist Spencer Moody in a band called Smoke and Smoke, releasing the album Love Suffers Long in 2004.

*The most current godheadSilo updates can be found @ Wikipedia. This article is licensed under the GNU Free Documentation License. It uses material from the Wikipedia article ‘godheadSilo’. 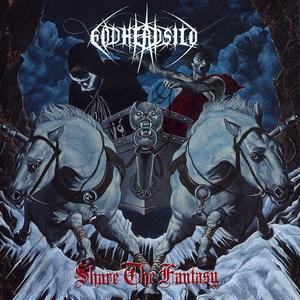