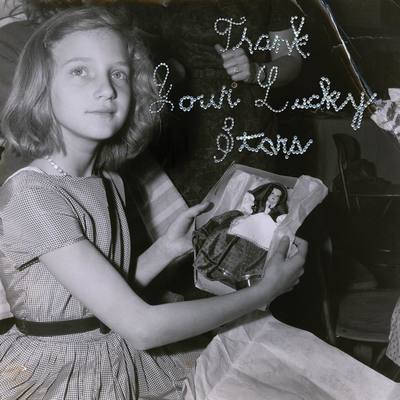 Beach House’s 2015/16 worldwide tour in support of Thank Your Lucky Stars and Depression Cherry is underway, with a show tonight,  October 29th in Paris for Pitchfork Music Festival. Their 2015 dates end with a sold-out 3-night stand December 17-19 in San Francisco at The Fillmore.  Then, they’ll kick-off 2016 dates on January 30th in Singapore at Laneway Festival and continue through to a sold out, two-night stand March 18th-19th at Philadelphia’s Union Transfer.  (tour details below)

Beach House’s Depression Cherry (released Aug. 28, 2015) earned the group its second consecutive top 10 album, coming in at #8 on the Billboard Top 200 chart. Meanwhile, in the UK, the album also entered at #17 on the Top 200 Albums chart.  At radio, Depression Cherry has now spent 5 weeks at #1 on the CMJ Top 200. Depression Cherry is also available in North America from Sub Pop Mega Mart,  iTunes, Amazon and Bandcamp.

Beach House’s Thank Your Lucky Stars and Depression Cherry were recorded during the same two-month span, and produced by the band and Chris Coady at Studio in the Country in Bogalusa, Louisiana.

What people are saying about Beach House:

“The temptation to view this album as a sequel to Depression Cherry is strong, but the two albums stand apart: Where the earlier album reveled in the bittersweet implications of its title with lush, layered arrangements, Stars is a purer vision of the realities of love, balancing the rush of romance with the burdens that can come along with it.” - Rolling Stone

“’Elegy to the Void’ from Thank Your Lucky Stars, the band’s second album in two months, is engulfing, ethereal and entrancing — as all voids should be.” [“Elegy to the Void”] - NPR Music

“’Elegy to the Void’ creeps in slow, circling on the twilight axis of Victoria Legrand’s deep voice and a low string section. Its effect is like a gravitational vacuum, gently pulling you into a world of vast uncertainty with a ‘black clock looming.’ …A familiar drum chugs in, a guitar rips through with heavenly scratches of feedback, and suspended grief becomes pummeling light. With that, “Elegy to the Void” turns from an ode-to-emptiness into a crucial instructive: thank your lucky stars for everything.” [“Elegy to the Void”, “Best New Track”] - Pitchfork

“The idea that you can have too much of a good thing is thoroughly debunked with Thank Your Lucky Stars, such is the beauty of the songwriting and their uncanny ability to create an all-consuming mood.” [8.5 / 10] - The Line Of Best Fit

“..the full sonic and emotional weight is tremendous.” [B +] - AV Club

“This album is not like anything they have ever done, and gives music fans reason to be thankful.” [B+] - Consequence of Sound

“Beach House’s releases to date have come fogged by intoxicant, nostalgia, and hypoxia, but Thank Your Lucky Stars does what their work has begged for all along and wipes the dew from their rearview mirror. You’re going to like what you see.” [8/10] - SPIN

“Companion album or not, it does nothing but further cement Beach House’s legacy of consistent beauty and quality.” - Under the Radar

“Singer Victoria Legrand has a refreshingly unshowy croon that’s one of the most seductive in pop, and her gorgeous synth drones and guitarist Alex Scally’s effects-laden riffs are exquisite.” [A -] - Entertainment Weekly

“Reliable, virtually misstep-proof conjurers of a distinct and desirable mood, Legrand and multi-instrumentalist Alex Scally have accumulated the accolades, connections and festival appearances of an unmistakably cool band. But for Beach House, coolness is just another word for calm, for a sound that’s engineered to settle jangled nerves and transport listeners to a warmer, softer, easier place.” - NPR Music

“Anyone who doesn’t fall for Depression Cherry’s hypnotic splendour probably just isn’t a Beach House fan, or didn’t live with the album long enough. But those who do will recognize this album as the sweeping, grand gesture they’ve been working up to giving us for the last nine years.” [9/10] - Exclaim!

“Depression Cherry may proudly adhere to every fuzzy touchstone of the genre, but it’s also a record on which every subtle chord shift and breathy sigh feels considered.” [4/5] - The Guardian