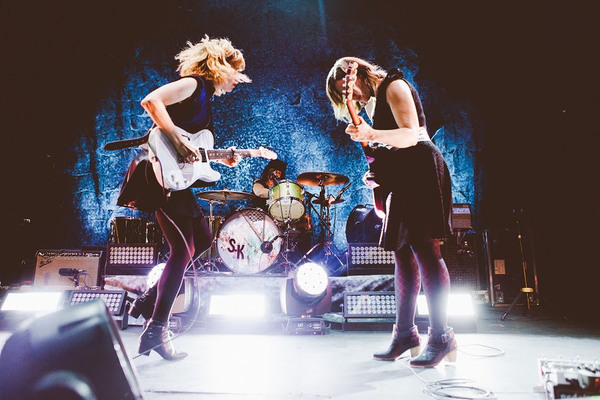 This past July, Sleater-Kinney delivered a blistering headlining set to a sold-out crowd at Chicago’s Pitchfork Music Festival in support of No Cities To Love, their critically acclaimed 2015 album. One of the performances captured that night was the live highlight “Modern Girl” - from The Woods, the group’s 2005 album - and you can watch it now: youtube.com/watch?v=7Lepy_rq4T8

Sleater-Kinney’s No Cities To Love is one of the best reviewed albums of the year with “Best of 2015 (so far)” notices from the likes of Time, USA Today, Billboard, Rolling Stone, Entertainment Weekly, The AV Club, The Guardian, Complex, NME, Stereogum, PASTE, and SPIN. No Cities To Love is available worldwide from Sub Pop, and you can stream it here. 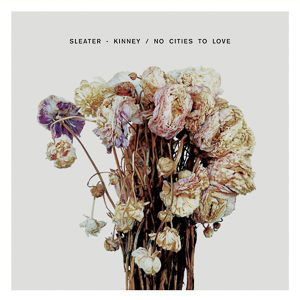 What are “They” saying about No Cities To Love?  Read the good words:

“America’s fiercest punk band....10 songs in 33 minutes, not a dud in the bunch, all surging in uptempo stomp-down-the-door mode. There’s more low-end thud to their sound than before. The whole album crackles with the palpable excitement of three rock lifers in a room, eager to see what happens when they plug in and let it rip.” [Best Albums of 2015 (so far)] - Rolling Stone

“The skeptic may be suspicious when I say that, after “All Hands on the Bad One” (2000), the new album, No Cities to Love, is my favorite Sleater-Kinney record, but it is: the musicians pull it off. The songwriters’ ability to create general but urgent scenarios is both more substantial and more insistent than before.” [Review]  - The New Yorker

“As fresh and vitals as a debut, but also as nuanced and skillful as the work of three players with a decade-long inimitable report betwixt them” [First Listen] - NPR

“Their return is not a victory lap. It is a re-declaration of all they were, all they built… We still need Sleater-Kinney” [Review] - Pitchfork

“They were always tumultuous – a storm of longing, fury, aspiration, solidarity, and indomitable emotion” [Feature] - Billboard

“Vociferous as ever” [Feature] - Nylon

“The best rock band on the planet… [they] genuinely dominate, breaking down walls, rules and egos with nimble poise and savage fury” [Feature] - Noisey

“As fresh and surprising, as unlikely and as unsatisfied… Promising that this part of the Sleater-Kinney story is only at its start” [Real Life Rock Top 10] - Greil Marcus

“Even their punchy, brief songs carry the weight of epics… genius lyrics and hook after inescapable hook” [A-, Review] - Consequence of Sound

“Roiling and erupting, building up tension and then releasing it gloriously” [Review] - Stereogum