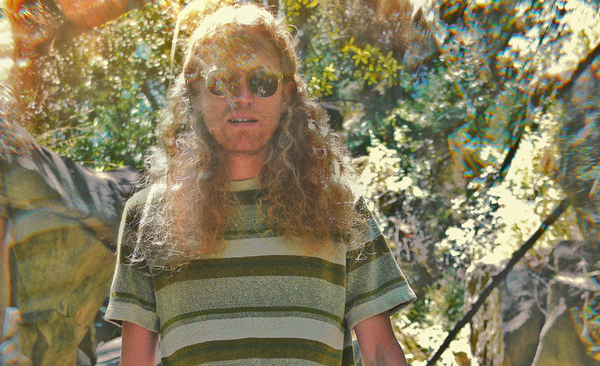 With the unabashed pride befitting such circumstances, Sub Pop Records hereby reveals completion of a new recording agreement with Los Angeles-based psychedelic pop artist Morgan Delt, to extend throughout the known universe. Following a 2013 cassette release bearing the subtly evocative title Psychic Death Hole, Trouble in Mind Records released his self-titled album in January, 2014. That album earned acclaim from the likes of Pitchfork, LA Weekly, Fact Magazine, and Impose, and the attentions of the typically complacent staff of Seattle’s Sub Pop Records. Morgan Delt also won fans in The Flaming Lips, who invited him to tour and record with them. Morgan is currently working on a new album for Sub Pop and will tour the West Coast at the end of January. We eagerly await both. Full dates below.

Pick up records by Morgan Delt:

What Are People Are Saying About Morgan Delt? This:
“Listen to the taped-together percussion on opener “Make My Grey Brain Green”, which rides a scratchy bass line and flowers into something like the moment when Dorothy’s black-and-white world goes RGB. There’s the Morricone-meets-Jodorowsky acid drone of “Barbarian Kings”, the cyclical wobble of “Little Zombies”, the way “Chakra Sharks” rattles and crashes through a hornet’s nest of guitars into a wailing refrain of “Bye bye, farewell.” Throughout the album there’s a heightened, eerie quality to his vocals; the feeling is something like an asylum patient waving to a car as it recedes over the horizon.” - Pitchfork

“This debut album proper, an 11-track collection on the Chicago imprint Trouble In Mind, takes something from the Ariel Pink school of outré production, although Delt is quite obviously on his own trip, and you could just as easily work him into a lineage that stretches from The Red Krayola and West Coast Pop Art Experimental Band through to psych-influenced beatmakers such as Edan, Gonjasufi and The Gaslamp Killer.” -  Fact Magazine

“He allows his guitar and vocals to meld into a single, constantly mutating surface that coats Morgan Delt like neon jelly in a vacuum, continuously rippling and hovering in all directions. The overall effect suggests the sound of a crafty intellect worming its way through the pleasantly foggy maze of an Rx-abuse cloud.” - Impose

“A lot of people have done the same kind of excavation and restoration work he has, but few have done it as memorably. Almost no one has done it with songs as good as these.”  - All Music Guide