“Igbo beaded mail,
Dinkan Scarification,
Ashanti repetitive leaping.
It all bounces.
So too should you”

Once in Time, in an emerald veld of near solitude, Two met.

One Cat and One Stas. Born under different signs. Destined to shine under the same moons.

They agreed, upon meeting, that the old force fields rooted in sonics were necessary once again.

They commenced to make.

It was cold out. They made. It became warmer. They continued. The orb shone from above with intensity.
They continued to make. The trees shifted hues and shed…They made.

In this din, this mantra of making, they became Sisters of a very specific rite. Loyal.
Ethereal. The foundation of empires lost and regained.

In this din the force field grew.

The first time I saw them they glowed. They were palpable amongst the flat.
Regal in a manner that is now mostly forgotten.

I became a devotee to the sonic altars they had, and continue to construct.

One Cat. One Stas. Past Lovers. Present Friends. Future Deities.

They made me for you.

Change is inevitable and necessary. It is the precursor to transcendence.

THEESatisfaction’s EarthEE is the follow up to awE naturalE, the alternative R&B group’s critically acclaimed debut and will be available February 23rd / 24th worldwide from Sub Pop Records.

The album, led by highlights “Recognition,” “Nature’s Candy,” and the title track, was recorded in Seattle and Brooklyn, and features guest appearances from Shabazz Palaces, Meshell Ndegeocello, Porter Ray and Taylor Brown.

EarthEE was produced by THEESatisfaction and Erik  Blood, mixed by Blood at Protect And Exalt Studios: A Black Space and mastered by Adam Straney at BreakPoint Mastering in Seattle.

Watch Video for Porter Ray’s “Past Life” (feat. Cashtro and Black); Watercolor Is Out March 10th

Listen to Porter Ray’s “Lightro [Looking For The Light]” (feat. Stas Thee Boss) from ‘Watercolor’ (out March 10th) via UPROXX

Hear Porter Ray’s “Arithmetic” [feat. Infinite and Stas THEE Boss of THEESatisfaction] Off ‘Watercolor’ (out 3/10) via Gorilla vs Bear 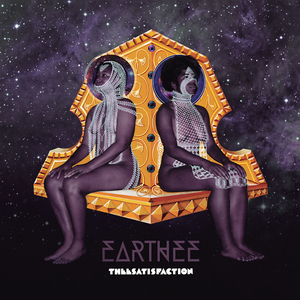