Artist Info
Oh, Inverted World is the earth-shattering, indie-rock-redefining 2001 album from The Shins, and is presented here in its finest form. The classic tunes get new life with mastering by Bob Ludwig, under band leader James Mercer’s watchful eye. The new front cover of this edition of Oh, Inverted World features an ‘inverted’ color scheme, on a die-cut jacket, and includes a booklet filled with vintage photos, handwritten lyrics, liner notes, and more.
The music on Oh, Inverted World is obviously essential, and this remastering truly makes this the album Mercer always wanted it to be. Never quite satisfied with the sonics of the original, Mercer took the 20th anniversary of the album as his opportunity to finally set the (literal!) record straight. And the results sound stellar: great for new fans, and well worth the attention for those who fell in love with it in the first place. 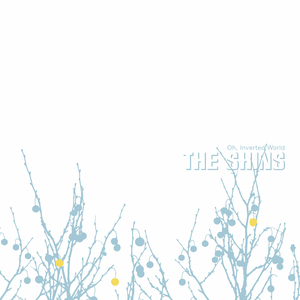