A 10-year anniversary is a time to reflect. In a relationship, it’s a chance to recount the first date; to remember the awkward pauses and the eventual connection. For musicians, a 10-year anniversary is a time to look back on their first album and see how far they’ve come from those earliest recordings. The new Album Leaf album A Chorus of Storytellers, marks the first decade for the group led by Jimmy LaValle. In those 10 years, LaValle has gone from initial improvised home recordings to now five complete studio albums, from opening slots to leading an incredible world-touring band to the stage at Red Rocks, headlining the Metamorphose festival in Japan and performing at the Hollywood Bowl with the Incredible String Band. LaValle’s well-earned reputation as a crafter of impeccable sonic imagery even led to a critically-acclaimed show at the Seattle International Film Festival where The Album Leaf performed a live score for the 1927 silent film Sunrise: A Song of Two Humans.

The Album Leaf’s debut, An Orchestrated Rise to Fall, was recorded by LaValle and a friend in his bedroom, and though it launched his ethereal dreamscape sound, the album recording quality is thin and rough. In contrast, A Chorus of Storytellers is the perfect showcase for LaValle’s skill as a recording artist. The album’s 11 tracks are crisp, clean, flowing and beautifully complex. That the completion of A Chorus of Storytellers coincides with the 10th birthday of the first Album Leaf album, over three years on from the release of the last album (the late-2006 release Into the Blue Again), can be chalked up to two unrelated, but important, events: LaValle’s wedding, and his conquering a bad case of writer’s block. “I took about a year off after everything was said and done with Into the Blue Again,” LaValle admits. “It was the longest period I’ve been inactive since I was 15 or 16 years old.”

While he gives himself a pass for time spent on milestones in his personal life, LaValle feels guilt about his bout with writer’s block. Under pressure to create a divergent record that still carried The Album Leaf’s signature ambiance, LaValle grew frustrated, and the songs subsequently came to him very slowly. He wondered, “How do I stay fresh, realizing that The Album Leaf has been around for so long and that a lot of people wouldn’t give a new record a chance?”

First, he had to cleanse his musical palate, recording and touring with indie rock supergroup Magnetic Morning, which includes Sam Fogarino from Interpol and Swervedriver’s Adam Franklin. When he felt he had enough material, he returned to Bear Creek Studios in Woodinville, WA, the same studio where he created Into the Blue Again, to record.

The finished album reflects its difficult journey to creation. For instance, when LaValle had trouble meeting his mixing deadline in San Diego, he narrowed his focus to vocals. As a result, especially on tracks like “There Is a Wind” and “Falling From the Sun,” the vocals on A Chorus of Storytellers are more prominent than on any other Album Leaf record to date.

But A Chorus of Storytellers does something even bolder. LaValle’s distinctive, dreamy, cinematic soundscapes are often jarred out of reverie, particularly on “We Are.” This late addition to the track list, with its skidding beat moving under LaValle’s bounding Moog line and insistent vocals is the closest thing to a pop song The Album Leaf has ever produced.

LaValle also made the decision to bring his entire touring band in to record live, a first for The Album Leaf. Recording as a band, with multi-instrumentalist Matthew Resovich, guitarist Drew Andrews, drummer Timothy Reece, bassist Luis Hermosillo, an Icelandic horn section and a few symphony players, allowed LaValle to act more like a conductor. Hearing the band play these songs, afforded him new perspective on his compositions, and led him to include new sounds in A Chorus of Storytellers, like those heard in “We Are.”

LaValle called the album A Chorus of Storytellers because the title perfectly captures his new approach to The Album Leaf. Recording with the full band created a feeling of unity and shared purpose, as well as an expanded sonic breadth that he wanted to express in the title. “I wanted to name it according to what happened with the whole process,” he explains. “It took two-and-a-half, close to three years to make. There were so many different things that went into it and there’s a lot of storytelling behind it.”

Looking back on the past decade, LaValle recognizes his distance from the bedroom recordings of his early days. “If I were making the same records now that I was making ten years ago, then I’d obviously not be doing something right,” he asserts. “But I think back over the work and everything I’ve done over the ten years and it feels pretty good. I’m still doing it, and I’m making a living at it. It’s cool to think of it in that way; I went for it and worked for it and here I am.” 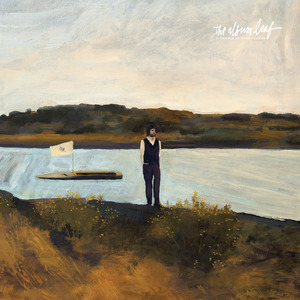 A Chorus of Storytellers

The Album Leaf A Chorus of Storytellers CD / 2xLP / Digital