TEKE::TEKE is a unique beast; a seven-piece band featuring traditional Japanese instruments, flute and trombone alongside raging guitars and a pulsing rhythm section to create a sound reminiscent of 1960’s and 70’s-era psychedelic Japanese soundtracks, with a frenetic, modern twist. Formed in 2018 for what was to be a one-off instrumental tribute show to Japanese instrumental guitar hero, Takeshi Terauchi, featuring covers of his like “Chidori,” which the band has since released, TEKE::TEKE quickly found their original sound with the addition of vibrant actress, visual artist and vocalist Maya Kuroki. 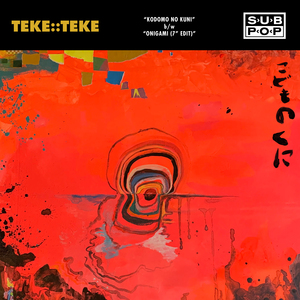