Jazz great Bill Frisell (13-time DownBeat Magazine “Guitarist of the Year” winner) guests on “My Life,” adding an elegiac and gentle layer to vocalist Grace’s intricate melodies and epic emotional investment. Brennan states, “Frisell is such an empathic musician. I can’t think of a more perfect fit for the Sheltered Workshop Singers.”

This just in! The illustrious Jeff Tweedy, Nairobi electro-punk-metallers Duma, and the NW’s own BNH Deluxe are now part of the Sub Pop Singles Club Vol. 6! 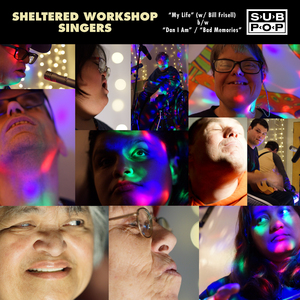