Shaina is a Seattle-based musician and vocalist whose dynamic range features the raw power of rock, the richness of soul, and the tender introspection of American folk. Shaina grew up around gospel music and not much else. She would watch her mother sing with the church choir and emulate the steady richness of her tone. Her passion for vocal technique led her to both opera and musical theater which she later studied at New York University. After graduation, she was immersed as an administrator in the symphony world where she worked closely with classical musicians before eventually finding her own sound as a singer-songwriter in Seattle. In 2017, Shaina added piano to her repertoire.

Shaina has participated in numerous collaborations over the past year with a host of legendary Seattle icons including Nancy Wilson of Heart, Duff McKagan of Guns N’ Roses, Kim Thayil and Matt Cameron of Soundgarden + Pearl Jam, and Mike McCready of Pearl Jam.

When she’s not performing, Shaina finds fulfillment in her work as a choir director, vocal coach and event producer in the Seattle music scene. She previously served as frontwoman to soul-grunge act BearAxe. 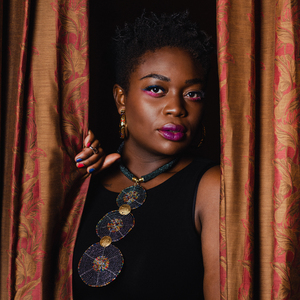 Never Be Another You