“They took the stuff of the earth—-rootsy music, based in blues and folk and classic rock interpretations of same—-and smashed it with technology.”—-Pitchfork

Chicago’s Red Red Meat released three albums on Sub Pop in the middle 1990s (and a self-titled album before that on their own Perishable Records). The band called it quits in 1997, its principals heading off in their own, frequently inter-related directions. Singer/guitarist/primary songwriter Tim Rutili and percussionist Ben Massarella formed Califone, bassist Tim Hurley formed Sin Ropas, and drummer/producer Brian Deck went on to become a full-time music producer, working with bands including Modest Mouse, Iron & Wine, Califone, and the Fruit Bats.

“In the ‘90s Red Red Meat was poised for world domination with a distinctively acid-stained, unhurried take on blues/roots music—-snazzily produced for record by its drummer, Brian Deck. But even with a cohesive and accessible album like 1995’s Bunny Gets Paid, RRM remained a cult act during the postgrunge heyday.”—-Time Out Chicago (Jul. 2008)

Red Red Meat’s third full-length record, 1995’s Bunny Gets Paid has been out of print and unavailable for the past several years. In a recent reassessment of Red Red Meat’s catalog on Pitchfork, Managing Editor Mark Richardson commented, “Having lived with these records for a decade plus now, I can say with confidence that this is Red Red Meat’s best by far. It’s one of the best pure rock records of the 1990s, actually, though it’s not exactly pure.”

In this deluxe edition, the original album has been re-mastered by Red Red Meat’s own Brian Deck and is accompanied by a 7-song 2nd disc of alternate, demo and single versions of album tracks, plus b-sides, covers and a previously unreleased song from the same era (“St. Anthony’s Jawbone”), all put together by the band. And it’s all packaged with expanded and enhanced album art.

“Red Red Meat is how sounds turn into songs. Feed a contact mic to a cat in heat, run it through a broke death metal pedal, into a torn speaker inside the floor tom. Sing to yourself, one word at a time. This music brings me great peace. Thank you.” —Bry Webb (Constantines)

“Hearing Bunny Gets Paid in ‘95 for the first time, it all felt so very familiar, long lost third cousins finding out they’ve been dating for a year. Sound percolating out of the speakers, some determined ectoplasm of a melody starting the inevitable mutation, I was hooked on that record for ages. I loved the way it sounded, the very feel of it, a broken heart that would never heal. Every time I put it on, I just went under, like getting pulled out to sea by the tide. Forces at work so far beyond you all you can do is let go.” –-Thom Monahan (Pernice Brothers)

“All I can think to tell you without sounding like a ponce is that Bunny Gets Paid sold a lot of weed to me.” —Isaac Brock (Modest Mouse)

Bunny Gets Paid is easily one of the high points in the entire Sub Pop catalog (which is no one’s idea of “pure” either…), and we’re exceedingly proud to present it in this new version. Red Red Meat will be reuniting for shows in Chicago and at the South by Southwest Music Conference in Austin, TX this March. 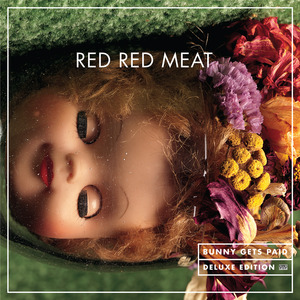